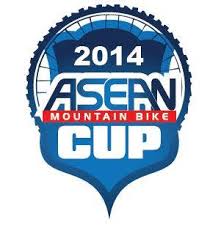 Exciting times! The NBA Finals are underway, the French Open concludes today, the World Cup commences on Thursday, and this weekend, it’s a mountain-biking holiday. It’s the ASEAN MTB Cup from June 13 to 15, this Friday to Sunday.

“There are already 73 foreign riders coming from Malaysia, Indonesia, Singapore, Australia, Germany, and the USA,” said Boying Durano Rodriguez, the lead organizer. “More than a hundred local riders coming from Manila, Butuan, Davao and Cebu have registered as well as national team riders who have garnered medals in the PNG cycling competition in Tagaytay.”

Danao City is often labeled as “the Mountain Bike capital of the Philippines.” Rightfully so. I think it was Rep. Ace Durano, decades back, who first brought a mountain-bike to our country after his studies in the U.S. Then, in 1997, Danao hosted the 3rd Asian Mountainbike Championships and, in 2005, it was the SEA Games MTB competition.

Mars G. Alison, writing for Full Point Cebu (Cebu Sports News), wrote this piece: “A point system will be used in the non-UCI categories to help the local racing scene of each host nation in implementing the UCI rules in future local races that will be run under the UCI regulations. The top 3 will be named in each category and the top 5 will be chosen overall. In the final circuit, an ASEAN Cup jersey will be given to the point leaders while the leaders in the ASEAN sub-categories will get a Cup jersey.”

I checked out the routes in the Facebook page and the X-Country track is four kms. in distance (per loop) with these descriptions along the way, “Entry to snail hill,” “Steep descent,” “Entry to jungle,” and “Mango Tree area.” Exciting. The FB page contains complete details, including the 284-meter high elevation start for the Downhill race.

Prize money? More than P260,000 is being offered and a  Cube 27.5 Mountain Bike will be offered as a raffle prize to the early registrants.

“The course is not difficult and all mountain-bikers are encouraged to join,” said Boying, in our phone conversation last Thursday. “It’s not as extreme as the Xterra course. The area is like a plateau that’s on top of a mountain. It’s like on a golf course where you see most of the terrain and course. It’s very rideable.”

This should be good news to the thousands of mountain-bikers in Cebu. Let’s join! An event this huge does not happen often. “For the Masters category, there will be a couple of loops with each one measuring about 4.2 kms.,” Boying added. “We will have the Masters and other events on Saturday while the Elite competition (finals) will be on Sunday.”