He loves golf. He loves basketball. He loves boxing. He loves chess. He loves tennis. Name a sport and Al S. Mendoza almost surely loves that game. For that’s the secret I learned from one of the gurus of sports-writing; from the man who’s won not one or two—but three—Palanca Awards, the “Pulitzer Prize” of Philippine journalism.

What have I learned from Al? That love of sport equals success in sports-writing. For if you don’t love what you do—sports—then how can you write well about the game?

Al Mendoza loves sports. This I found out last weekend. For three days and two nights and upon the invitation of Mike Limpag, our sports editor and fellow columnist (on the occasion of the baptism of Mike’s son, Nico), the highly-respected writer was here in Cebu with his wife Sol, herself a Palanca awardee.

Last Saturday night, we drank brandy and San Mig Light at the Bistro Ecila at the Ayala Terraces. With us were sportswriters: Atty. Jingo Quijano, Nimrod Quiñones and his son Nico, Edri Aznar, Bobby Motus, Mike and myself. Jun Migallen and Atty. Cheking Seares also shared a beer with Al at Giligan’s. Then, two days ago, Al and his fellow writers of sport met again—at the baptism of Nico and, at the reception after, in Mooon Cafe. 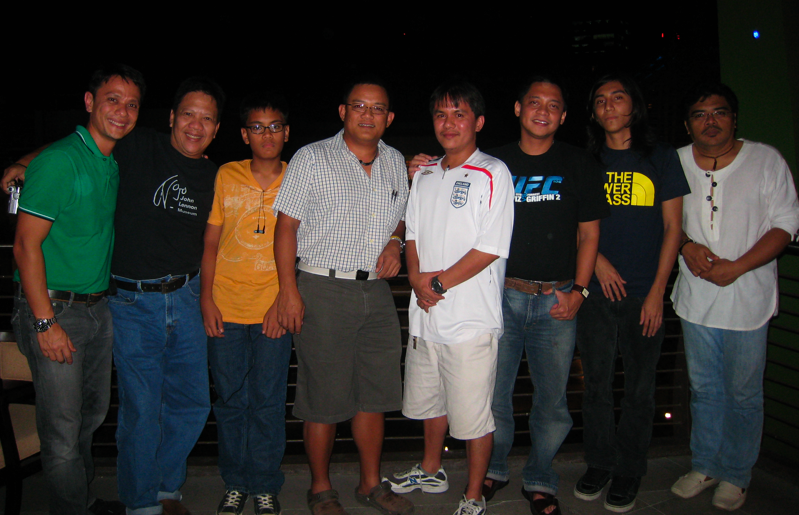 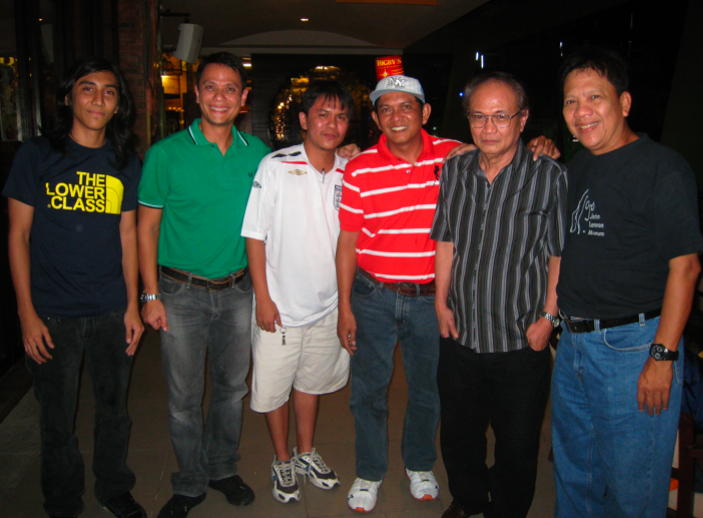 What a story-teller Al Mendoza is. And what stories he told…

His most interesting interview? “Bobby Fischer.” Al told the story when Fischer was in Manila and the sports columnist wanted to interview him. He was told to report to Fischer’s hotel room… at 4 a.m.! And so, the dutiful writer that he was, Al knocked on Fischer’s room at that appointed time. When Al and a fellow Manila sportswriter sat near Fischer, the chess great asked, “What are you doing here?” When, finally, the interview began, it was the most outlandish of dialogues: Al asking questions while Fischer was in bed, eating mangoes while answering questions. At four in the morning.

Al has been to the grandest of sporting events: the Olympics. Not once, but two times, in the 1984 Los Angeles Olympics and, in the year, 2000, in Sydney, Australia.

Tennis? Sure. “My wife and I,” said Al, “played tennis together. We started the game a long time ago.” His favorite interview? “That was with Bjorn Borg when he came to Manila,” said Mr. Mendoza. But his love affair with the sport of racquets and nets and drop volleys disappeared when he tried the game of woods and divots and putts.

“Among all sports, I love golf,” he said, “I also consider it the most difficult game in the world.” Since Al has swung the golf iron for over two decades now, he hasn’t stopped, playing almost daily at one point in his golf career. Now, he finds time to play once or twice a week.

“My lowest handicap was 11,” he said. “And I’ve had the privilege of traveling around the world to watch golf.” He’s met Tiger Woods—not in the past decade—but when TW was still an amateur playing the junior tournaments in Florida. “I also met and have spoken to, many times, with Tiger’s dad, Eldrick.”

Al Mendoza is not only a golfer, a golf fanatic, and a golf writer, he’s also a golf rulesman. Which means that he’s an expert at the hundreds of details on the game. Which sport, I asked, is more difficult: tennis or golf? “It has to be golf,” he said, “because it’s a game of inches. One tiny fraction makes a major difference.” How about the mental aspect of golf? “That’s 99 percent of the game!”

We also talked about Rey Pages, my uncle who played for the Crispa Redmanizers. That rivalry—Crispa vs. the Toyota Tamaraws—Al considers as the best ever tug-of-ever in RP sports.

Al first started with the Manila Bulletin in 1974. That’s 35 years ago. In between, he wrote for the Phil. Daily Inquirer—where his stardom rose. It was also during that stint when he wrote the expose of the overage Zamboanga City baseball players—who, in 1992, “won” the Little League World Series.

Today, his column appears in eight Sun.Star newspapers nationwide. What an honor it is for me and Atty. Quijano to call ourselves neighbors of Al Mendoza.