The coming week or so will not only be the last 11 days of December, they will also be the remaining moments of 2009 and–even more significant–the last 11 days of the past 120 months of this decade. Starting with the year 2000, here we are, less than two weeks away from the end of the decade—the first 10 years of the new millennium. And so, we celebrate. We highlight the outstanding achievements of the past 10 years. 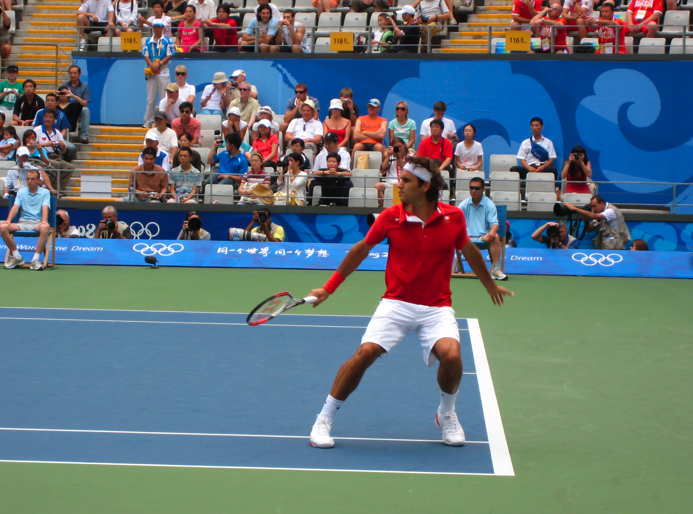 To me, few can surpass the triumphs of this Swiss who can fluently speak German, English and French. Today, he stands 6-foot-1—and stands as the player who has the tallest of rankings: No.1. For he has amassed just about every laurel there is in tennis.

Grand Slam singles titles? He’s collected 15. Previously, the record-holder was Pete Sampras, who totaled 14—a number that plenty (including myself) thought was unlikely to be surpassed. Yet barely a few years had passed after Sampras’ retirement had his close buddy winning all the slams on this planet.

“What he’s done over the past five years has never, ever been done,” said Sampras, “and probably will never, ever happen again.”

That’s true, Pete. For here are the numbers… Wimbledon? Roger won six: from 2003 to 2007 and, last July, in 2009. US Open? Federer has five wins in New York, from 2004 to 2008. Australian Open? He’s grabbed three—in 2004, 2006 and 2007. French Open? Ahh. This is special. For this tournament, because of it’s slow red clay surface, is often dubbed “the most backbreaking event in tennis.” Last May, while Rafael Nadal lost early in Paris, RF collected his most precious memento ever in Roland Garros.

That’s 15 majors. More than Sampras. More than Bjorn Borg. More than anyone else who’s ever carried a tennis racquet. More than Tiger Woods. The man adjudged by the Associated Press as the “Athlete of the Decade” (and Disgrace of the Year?) has 14 major titles. Well, shouldn’t the Athlete of the Decade prize instead have gone to RF instead of TW? That’s another story—and article. But this fact is true: Thus far, Roger beats Tiger with 15 vs. 14. Plus, isn’t Tiger taking an indefinite leave while Roger, at age 28, is still at his peak?

More statistics to cement RF’s status as the GOAT (Greatest Of All Time) in tennis? He stayed at the No.1 spot for 237 consecutive weeks, a record. He’s reached 22 straight Grand Slam semi-finals, a record. He’s been in 21 Grand Slam singles finals—and 17 of the last 18, a record. Is there any other record that he has yet to break?

“What he’s done is arguably as great of an achievement as anybody can ever have in any sport,” said Andre Agassi, “and I think tennis is one of the most brutal forms of sport. I think it’s physical, and there’s so many components to come together to make a tennis player, from balance to power to grace to fitness to concentration.”

Well-said, Andre. For Roger’s successes go beyond just piling up victories. It’s his manner of play. His effortless motion. His grace. His movement that sees him floating. His serve. His forehand. His volleys. Every aspect of his game is A+.

“It’s amazing what sort of shots he can come with, from impossible positions,” said Rod Laver. “It’s a great feeling of being able to watch the talent that he has, and the opponents that he beats comfortably.”

From a personal standpoint, I consider myself lucky. Twice, I had a chance to watch Federer in person. In August of last year, I saw him win the Olympic gold medal in men’s doubles. 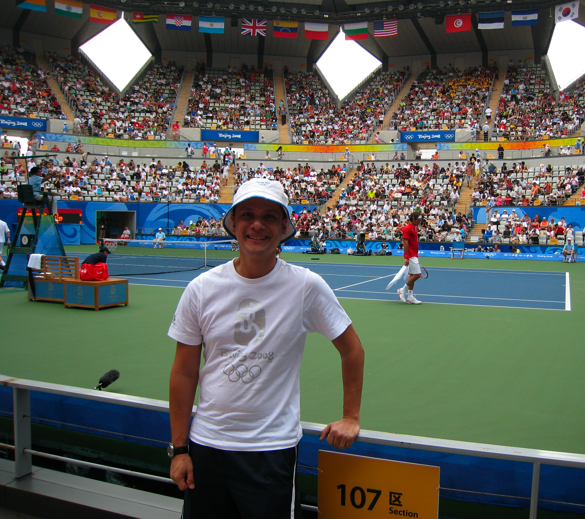 And, in Kuala Lumpur back in 2007, and accompanied by several from Cebu that included two of Roger’s most passionate of fans, Michelle So and Chinggay Utzurrum, we watched Federer vs. Sampras.

But here’s my “mistake.” The day before their exhibition match, in a meet-and-greet session with Malaysia’s elite, I sneaked my way on stage to be near Roger and Pete. But given only a few seconds and the choice to shake one player’s hand, I turned to Pete. Now the Greatest Ever, I should have picked Roger.