The last time the youngest son of Antonio Lopez Aldeguer joined a triathlon event? In 2003. The next time Chris Aldeguer will try the Tri? Three days from now.

“It’s been nine years,” said Chris. “It’s been that long. I joke my teammates that while they had a two-month off-season, I had nine years. But it’s quite different now. I seem to have more fun. Before, triathlon was my #1 priority. My life revolved around it. This time, it’s only behind family and work.”

Chris’ dive back into the triathlon waters will commence this Sunday. On the island of Siquijor, he’ll join the Olympic Distance contest: 1500m Swim, 40K Bike, and 10K Run.

“I don’t know what to expect,” Chris said. “I feel my swim and bike are ready. That’s easy to predict. I feel I am prepared, but am not certain how fast I can run off the bike. It’s been 9 years since I last did such a transition. It’s that element that remains uncertain. I’m hoping I did enough with my training, but the absence from racing is what will make this challenging.”

In college, Chris played point guard for the USC Warriors. And, beginning 1998, he trained for triathlon. From ‘98 to 2003, Chris swam, pedaled, ran. He joined over 100 races. He was part of the RP triathlon national squad. 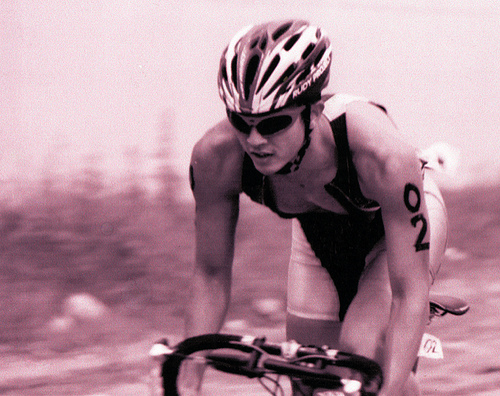 “Every medal I won was special,” said Chris, when I asked which event stood out. “But the highlights are the races that I won (2000 Catmon, 2001 in Danao and Batangas, 2002 in Mactan). Every race I did internationally to represent the country was special: in Australia, New Zealand, Hong Kong, Malaysia, Singapore, USA, and Mexico.”

Fast forward to Siquijor, ever the competitive athlete, Chris says, “I would like to podium, but I hope to at least be in the Top 5… There seem to be several fast new Triathletes. It will depend on how strong the field will be this Sunday.”

After nine years of triathlon inactivity and after dabbling in 42K races (Chris joined the Las Vegas and Hong Kong marathons), in basketball, in MTB’ing around the hills of his Maria Luisa home, why the return this Year of the Water Dragon? 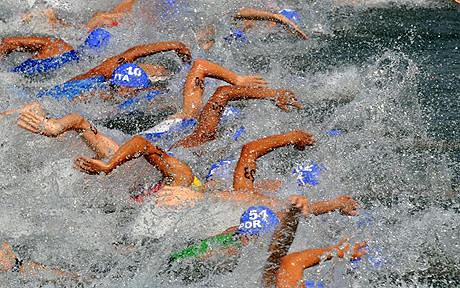 “I always believed that I might race Triathlons again. I did not expect it to be this soon. Having the Ironman 70.3 in Cebu somehow played a part in my decision. One of the things I hated when I raced full time was the travel. I would travel several times a month to join races nationally and internationally. Now that the Ironman 70.3 and Xterra are here, it makes things easier. I know with these two races, there will also be plenty of local races. Racing locally is more fun for me.

“As a triathlete by heart, and the Ironman 70.3 coming to Cebu, it did not make sense for me not to join. A funny part of me was hoping it would not come here so I will not be forced to go back to Triathlon. But it is coming.”

Very timely, Chris’ reentry to triathlon is also marked by his return to the biking business.

VELLUM. That’s the “high-end boutique brand” of performance bikes that Chris (with Mike Flores and Eugene Sanchez) founded in 2004. But after several years, Chris relinquished his role with Vellum to concentrate on being President of family-owned Loalde.

Now, he’s back as CEO. “Being more active with Vellum is perfect timing. It’s easier to grasp the industry while I am back to racing. It gives me a better feel overall. Though I don’t think it had any influence on my decision to race again.”

As to triathlon’s popularity? Chris adds: “It actually has a downside. I feel triathlon was more pure and genuine before. Now, it is very commercialized. So many are in the sport for its popularity and image rather than the purity of the sport’s heritage and what it is all about. However, I believe the upside outweighs the downside. Because of the sport’s growth, events are now more organized and professional. There is more media coverage. The number of participants are 10 times more. With the popularity of running, the growth of endurance sports is overwhelming. A lot of runners are expected to transition to Triathlon. I think Triathlon’s growth is far from its peak.”