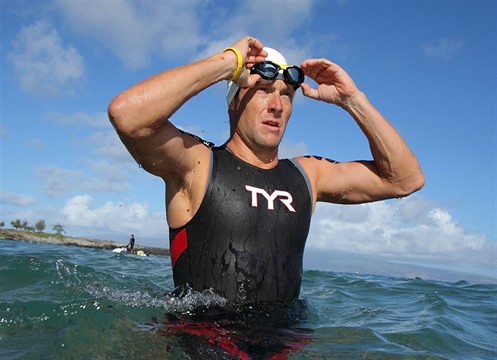 What’s XTERRA? It’s an off-road triathlon with an open-sea swim, a mountain-bike ride, and an off-road trail run. Lance joined the XTERRA USA Championship in Utah last September—his first—and he placed an impressive 5th place. “At 40 years old, I guess I could have gone home and drank beer and played golf all day long,” Armstrong said. “But it’s cool to come out here and test yourself, and also just support a sport that I think is really cool.” He joined another XTERRA race in Maui, Hawaii last October; this time, the World Championship. He placed 23rd—despite crashing head-on with one mile to go on his MTB.

Will Lance join the March 18 edition of the XTERRA here in Cebu? That’s the dream scenario envisioned by the organizers, led by Fred Uytengsu, Jr., who extended his invitation for LA to visit the Philippines for the first time.

If Lance does land in Mactan and joins the 1500m swim, 30K bike and 10K run that will start/end at Amara in Liloan, it will mark the grandest-ever visit of any athlete to Cebu. Dennis Rodman played basketball in Mandaue. Ken Griffey, Jr. threw baseballs at the Aboitiz Sports Field. Davis Cup tennis stars have swatted forehands here; PBA heroes have rebounded balls on dozens of occasions. But Lance is the superstar of super-athletes. 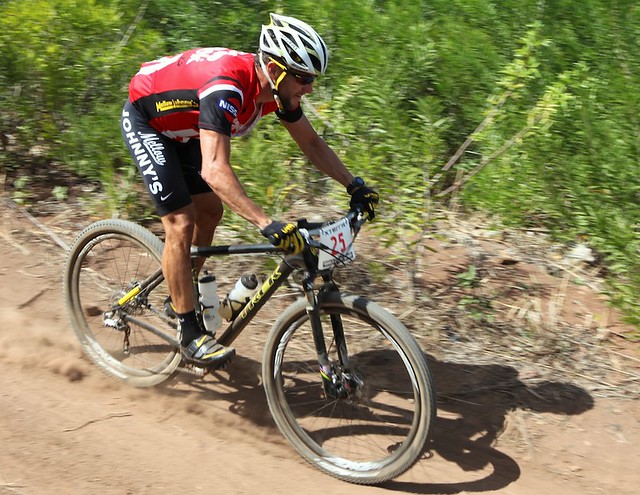 IRONMAN. This weekend, thanks to the recent email from Lance’s lookalike in Cebu—that’s Chris Aldeguer—Mr. Armstrong will be joining Ironman Panama 70.3. This is the same Ironman race that will kickoff at Shangri-La’s Mactan Resort and Spa this August 5.

Why this shift to triathlon for Lance? Prior to riding his Trek bike, he raced in triathlons. Says Wikipedia: “At the age of 12, he began his sporting career as a swimmer… and finished fourth in Texas state 1,500-meter freestyle. He abandoned swimming-only competition after seeing a poster for a junior triathlon called the Iron Kids Triathlon, which he entered and won at age 13.” Lance soon became America’s No.1 ranked triathlete in the 19-and-under group.

So, there. This is a comeback. This also means two chances for Armstrong to visit Cebu: XTERRA or Ironman.

CONTADOR. Speaking of his arch-rival Alberto Contador, what a contrast of fates. Just days ago, the cycling champ’s appeal of his two-year ban due to drugs was upheld by the sport’s highest ruling body, the Court of Arbitration for Sport. Contador was stripped of his 2010 Tour de France title.

Lance? The opposite. After a two-year-long federal investigation into his alleged drug use, the case was dropped and he’s declared innocent. This is huge news. One, Lance is a worldwide symbol of hope and sporting greatness. Had he been convicted, this would have told the world, “Nobody in sports can be trusted.” Two, Lance is a symbol of cancer survival. His image—and that of his good works against the Big C—would have been forever tarnished. Third, the investigators are the best. Named the U.S. Anti-Doping Agency, they’re led by America’s sharpest lawyers and they’ve convicted the likes of Marion Jones and Tyler Hamilton.

And so, in this Armstrong vs. Contador “drugs” battle, the American beats the Spaniard.

CANCER. If you recall, Lance was given a 40% survival chance after testicular cancer had spread to his lungs, abdomen and brain. He lived. He biked. He won 7 TdFs. And, despite having surgery down there and retaining only “one ball,” this Superman beats me and so many others by rearing five children!

The latest good news on LA’s cancer fight? I call it the “Big C vs. the Evil C.” Lance is spearheading a campaign in California that will add an additional $1 tax (per pack) on cigarettes. Called the California Cancer Research Act, once approved, this will bring in nearly $1 billion in support of cancer research.

I call it the 4 Cs: Cycling Champ in Cancer vs. Cigarettes fight. Will Lance visit another “C” this 2012? Cebu? Let’s C.