Prior to college, Jeremy sent a DVD of his basketball skills to Ivy League schools. He wanted to study in UCLA or Stanford. But they didn’t want him. Instead, he went to Harvard. Yes, the world’s most famous university has a basketball team. Lin was a stand-out for Harvard U. He averaged in double-digits and graduated with a degree in economics. His grade-point average? A high 3.1. 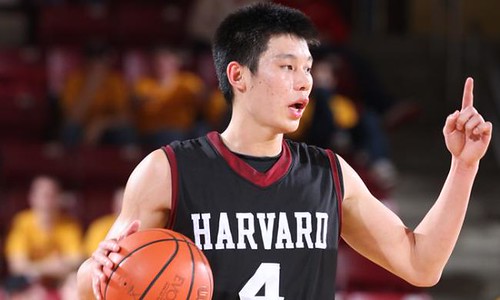 The year was 2010. He wanted to be an NBA star. Sadly, although eight teams watched his pre-draft workouts, none wanted Lin. Eventually, he was signed by the Golden State Warriors in July 2010—becoming the first American of Taiwanese or Chinese descent to play in the NBA.

Lin was hardly used. In the 2010-11 season, he was in the inactive list. The Warriors finally allowed him to play—but barely. Fast forward to last year… to the NBA lockout… and to last Dec. 27 when the New York Knicks recruited him. In Lin’s own words, “I was competing for a backup spot, and people see me as the 12th to 15th guy on the roster.”

In short, the 6-foot-3 small guard was a “third-string point guard” who was the team’s spare tire. This all changed when, last Jan. 20, Lin was playing for the Erie BayHawks team of the NBA D-League. On that night, he had 28 points, 11 rebounds and 12 assists. The NY Knicks, star-stuck, recalled him three days later. Now, the big stage…

That’s 3-for-3. And a combined 76 points in three games. (Lin didn’t even have a home of his own. Unsure whether he’d get cut by the Knicks, he slept on the couch of his teammate Landry Fields.)

LIN-SANITY! Spike Lee said on Twitter: “Jeremy, moves so sick, they need insu-Lin.” “Jeremy, hang my jersey from the cei-Lin’.” “Jeremy, the Lakers, you better be double-Lin.” 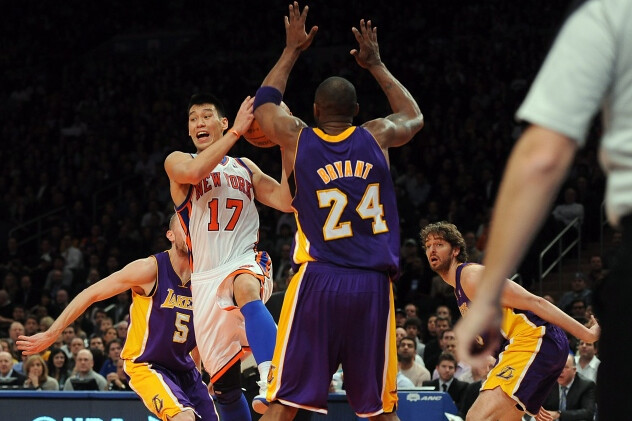 The night before their game, Kobe was asked about Lim. “I don’t even know what he’s done. Like, I have no idea what you guys are talking about… Who is this kid?” said Kobe.

The night after? Said Kobe: “He has been phenomenal… We watched some tape on him. We came up with a strategy that we thought would be effective but he was knocking down his jump shot, penetrating, and he got around our guards. It is a great story. It is a testament to perseverance and hard work. It is a good example to kids everywhere.”

Magic Johnson added: “The excitement he has caused in the Garden, man, I hadn’t seen that in a long time. When you get a spark like this, especially in a season like this, this could carry them for a long time because they needed something to happen positive. Everything has been really negative.”

But more than points, the 23-year-old Lin has inspired our continent. “Maybe I can help break the stereotype,” Lin said. “I feel like Asians in general don’t get the respect that we may deserve whether it comes to sports, basketball, or whatever it might be.”

His parents, Gie-Ming and Shirley, moved from Taiwan to the U.S. in the ‘70s. They both stand 5-foot-6. Today, they stand tall.