Never mind the torrential rain and the bumper-to-bumper traffic last Saturday night heading towards the old Mactan Bridge, I traversed the main island and hopped towards Lapu-Lapu City.

The destination? Hoops Dome. The occasion? “Fuel” against “Milk” when the Petron Turbo Blaze Boosters faced the Alaska Aces.

Entering the 8,000-seater Hoops Dome right before the end of the First Quarter, the entire arena was filled. It was bumper-to-bumper seating. The fully-air-conditioned stadium was cool and warm. It wasn’t Cebu Coliseum-warm; yet, because of the jampacked setting, it wasn’t as cold as the SM Cinemas. 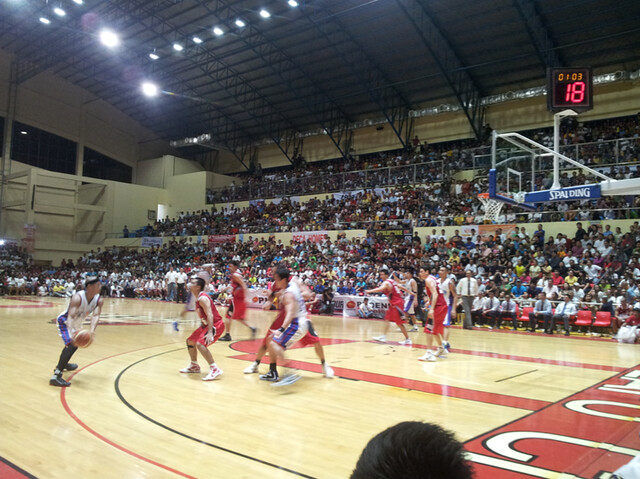 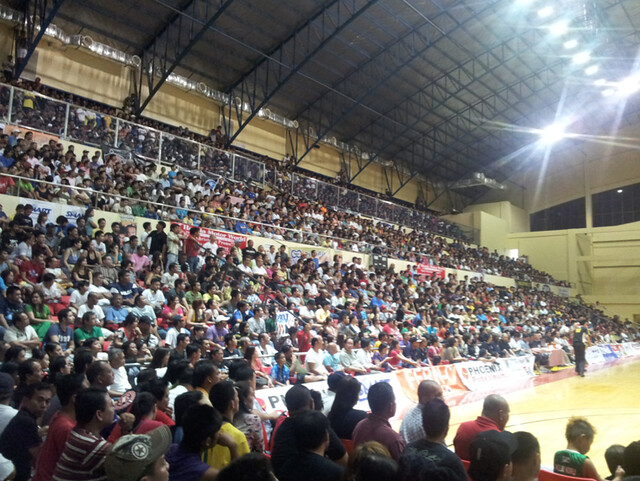 Alaska and Petron are two of the league’s most famous teams. The 25-year-old squad named Alaska, owned by the Uytengsus of Cebu, is the owner of 13 PBA championships—including a rare 1996 Grand Slam. Recently, the Aces were made famous by the abrupt departure of Coach Tim Cone, who’s led his men for the last 22 years (he still had years left in his contract before he moved to B-Meg Llamados). Shocking? Absolutely.

Petron? They’re the reigning champs. In the last conference, they were underdogs against Talk ‘N Text. Aiming for a Grand Slam, TNT was denied the feat by Petron and Coach Ato Agustin.

Last Saturday, what made the battle a must-watch was because this was a bearing game. Unlike previous exhibitions, when players wouldn’t jump their highest, this time, it was for real. Petron was on a three-game losing streak; Alaska lost five of their first six games. A Cebu victory was all-important.

What happened? Arwind Santos of Petron was unstoppable. The Mark Magsumbol lookalike reaffirmed his MVP status; he’s lanky, quick, confident, well-rounded. I call him Spiderman. He pivots. He blocks shots. He fires the bulls-eye on that three-pointer. He’s the best man on the parquet floor.

I liked LA Tenorio of Alaska. Diminutive at 5-foot-8 (compared to the 6’8” Jay-R Reyes), he would sprint from baseline to baseline looking like Ronnie Magsanoc. My only complaint? He’s not offensive. Not until the last few minutes did he shoot. Yes, a point guard’s first role is to pass—but when you’re a spitfire like LA, you’ve got to contribute.

The problem with Alaska is this: nobody wants to shoot. When they neared 80-82 with less than two minutes to play, nobody wanted the ball. Lack of confidence—that’s it. It was unlike Petron who had too many options: Yeo, Santos, Miranda, Ildefonso, Cabagnot.

Alaska? Sonny Thoss was productive during the first half. Tall at 6-foot-7 (I thought he was Greg Slaughter, with the same looks, build, moves), he could have been their superstar. Could have been… because he faded. While he top-scored with 19, he could have exceeded 30.

Highlights? The one that excites the crowd most comes in-between plays. It’s the teasers. One is when a gift item is hurled towards the crowd via a slingshot. The spectators go on a frenzy. Another was a man who was blindfolded and given a ball to shoot. As expected, he missed and missed as Cebuanos laughed and laughed. One more was when two men played tug-of-war. Each was given a ball and, opposite each other, they’d push forward, trying to draw closer to their goal so they can shoot. It was fun.

The only “dark” episode happened with 7:46 left in the 4th quarter. That’s when, amidst the blazing lights and reverberating music, all of a sudden… there was a blackout. It lasted about five minutes. Boos filled the dome. Cellphone lights flickered. This was, of course, a live TV5 telecast game. Oh no, we gasped. “There was a trip-off because of the additional ceiling lights,” Councilor Harry Radaza later explained. Nothing to worry, the lights switched on but not before a fan shouted, “Gituyo sa Alaska kay pildi na sila!” With the game on, Petron cruised to milk Alaska, 86-80.