No, the above-mentioned title is not a premonition of this Sunday morning’s bout. It’s about a Mr. Pacquiao who, despite being the best, came up short.

The game transpired two nights ago. It was the finale Game 5 between the Southwestern University and the University of Cebu. The title: collegiate men’s basketball champion of the CESAFI. 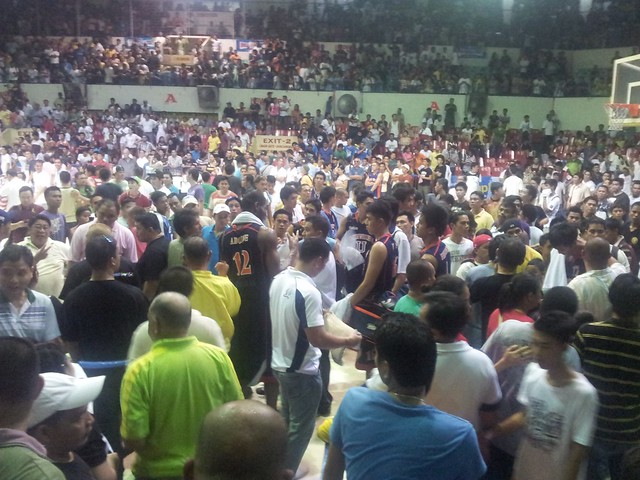 Pacquiao, first-named Rene, was the top-scorer of the SWU Cobras. He contributed 19 points. In the previous Game 4, he again scored the most: 15.

Last Tuesday night at the Cebu Coliseum, with 150 seconds left in the ballgame, Pacquiao drilled a long jump shot to even the score, 54-all. But while the SWU fans screamed and fist-pumped, that was to be their team’s last point of the year 2011.

Edward Pao, in a sideways, awkward jumping position, hurled the leather ball from beyond the 3-point line and, swoosh, it mercilessly entered. Score: 57-54. Ball possessions exchanged and, in the end, UC were declared the 2011 champions. The final tally: 60-54.

Painful. I watched the Cobra fans shout their loudest. Though UC is owned by Atty. Gus Go who, in turn, owns Cebu Coliseum, the spectators cheered louder for SWU. Maybe because they were the underdogs and nobody expected them to be near victory. 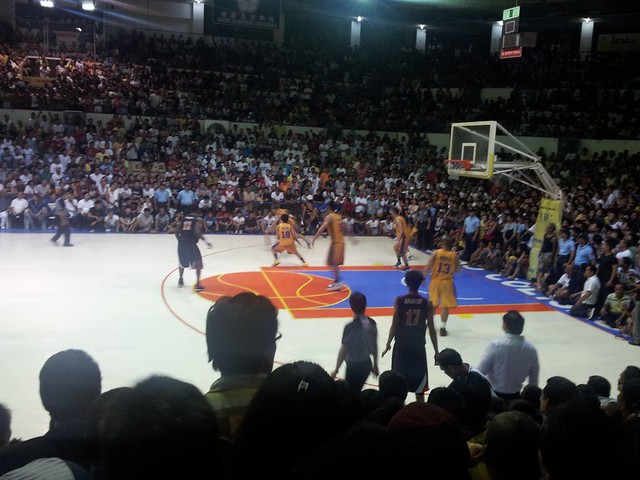 With each tick of the clock moving closer to an SWU win, my thoughts returned to last year. Remember the improbable victory of Cebu Eastern College? When CEC was beaten by over 100 points in the previous season and returned to win the 2010 title?

I thought SWU would achieve the same. Never-before-winners until the entry of Cebu’s best ever, Coach Yayoy A.—and down 0-2 to the defending champions—was this going to be another Yahoo! moment for Cebu basketball?

In the end, it wasn’t to be. As Councilor Alcoseba relayed to me in our talk last week, his team’s problem was this: they could not finish off the lead. Sadly, he was proven right again. The veterans won. In the end, the Cobras could not unleash their venom.

Junemar Fajardo, whom I saw held scoreless in the 3rd quarter, scored 12 points (of his total 23) in the 4th quarter.

But it was Edward Pao’s two 3-pointers in the last minutes that provided the season-ending heroics.

Coach Yayoy Alcoseba, whom I saw after the game when he climbed the stairs heading towards their dugout, was mad. He and his team were so close… yet lost the grip in the final seconds. “I told them to guard Pao!” he said. “I told them to forget Fajardo in the end… to guard Pao and not let him shoot!” His boys did not follow. UC wins.

Mayor Mike Rama—unknowingly and without malice, wore yellow, the color of the eventual winning team—was seated at ringside. But, on plenty of occasions, the mayor stood up, walked to the crowd, requested them to push back. He took the microphone once and mandated: If the overflowing crowd does not clear the sidelines, the game will stop.

VIP section spectators all stood up. Yellow and red long balloons danced. Drums shook the derelict stadium. The atmosphere was tense and electrifying; the crowd engulfed the rectangle floor. On a few occasions, the free-throw shooter was requested to pause because fans overcrowded and climbed the back of the goal post. It shook the ring.