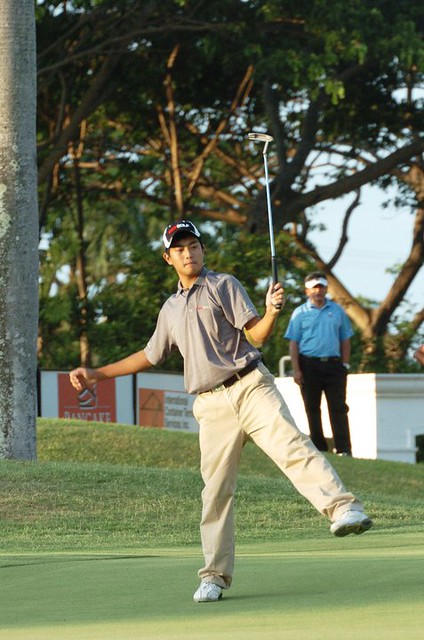 “Many have said that Lloyd Jefferson ‘LJ’ Go is the most talented junior ever to emerge from Cebu Country Club,” said Atty. Jovi Neri, one of the most avid of Cebuano golfers and himself a columnist in the Inquirer Golf magazine.

“But his results in the national level were not reflective of his talent until this year, when he emerged not just among the top juniors but as one of the top men’s amateur golfers who can compete internationally.

“During the summer he took in a new coach, Andrew Ong. This gave him renewed motivation which he channeled into increased drive and work ethic. As changes take a while for results to come, all it took LJ was an incredible round one April afternoon.

“Plodding along in the middle of the field in the Junior World qualifier in Manila Southwoods, LJ came out of nowhere to shoot a spectacular final round 72 to jump five places and steal the final slot for the Junior World Championships in San Diego via sudden death over Gus Mata.

“The next week, LJ got his first champion trophy in Luzon with a nail-biting win in the Faldo Series Phils. Championship in Tat Filipinas Golf Club. He then headed to play the Phil. Junior Amateur – a major championship for juniors.

“Playing in Alabang Country Club, he scored two major upsets – starting with home-course hero Basti Lorenzo, then pre-tournament favorite Miggy Yee. In the semis, he faced Junior World Champion Rupert Zaragosa and was on the cusp of victory, 1-up with two holes to play, but lost. Zaragosa went on to win the championship.

“The following week in the Philippine Men’s Amateur Match Play, LJ did not play as he was preparing for his US trip. The eventually winner was Zaragosa but two of the semifinalists were Mata, whom he beat in Southwoods, and Yee, whom he upset in Alabang.

“Now it was off to America where LJ competed in the AJGA (American Junior Golf Association), regarded as the PGA Tour of junior golf. LJ flew to the USA with no assured slot in any AJGA event. He would have to play qualifying rounds where up to 75 golfers compete for 3 slots. He had to endure a 14-hour trip to Los Angeles followed by an 8-hour drive to Phoenix to play his first qualifying.

“Defying all the odds, fatigue, and jet lag, LJ teed it up in Moon Valley Golf Club – the course where Annika Sorenstam shot her historic 59 – and earned the last spot in the tournament via playoff. LJ shot rounds of 78-75-78 in his first AJGA tournament — respectable and good enough to win junior tournaments locally.  But there, he found himself tied for 55th — or 3rd to the last. It was a rude awakening.

“When he could have easily given up, LJ continued to grind it out and earned spots to more AJGA events. After Arizona, he played events in Nevada and California.

“In the Junior World Championships in San Diego, LJ opened with a 74 in Torrey Pines South, a course that hosted the ‘08 US Open, which was Tiger Woods’ last major win. It was the best score turned in by a Filipino all week and the best score by a Cebuano ever in that tough course.

“In PGA West Stadium – a course where Nicklaus and other golf superstars had competed in past Skins Games – LJ was the only one who played under par through two rounds and finished in the top 5.

“His final tournament – the Emerson Junior Classic – turned out to be his best. He closed with a 3-under par 69, the best score of the final round which earned him a special recognition. He finished 3rd place and earned enough points to jump 1000 places and move within earshot of being among the top 200 juniors in America – not bad considering he is a non-resident rookie playing limited events in his first season.” 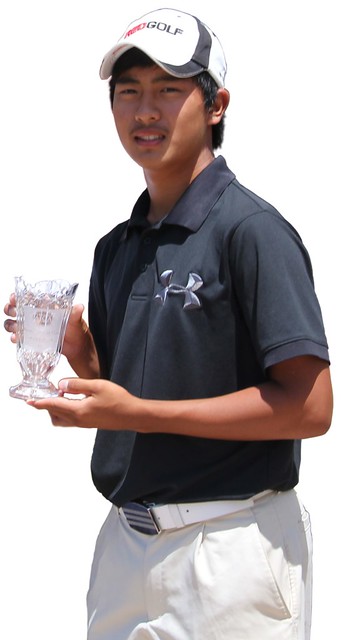