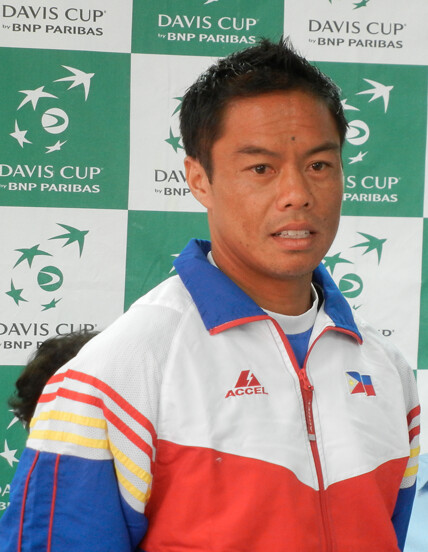 Losing is painful. Last March, we experienced it. Last Sunday, once more, we succumbed to the same heartache. Sport is brutal. While one player raises his fists to the heavens and praises The Almighty, at the opposite end of the net, another slumps his head and closes his eyes.

We won and lost last weekend. In the final tally against a youthful team from Chinese Taipei, we lost in the Davis Cup. The score: 3-2. It was close. Too close. And that’s what makes the Friday to Sunday activity distressing.

In Friday’s first match at 10 A.M., our legendary netter named Cecil Mamiit won the first set. And while he lost the second set, in the crucial third set, he led 6-3. He had three set points. Would you believe, in two of those points, the shots from Chen Ti clipped the top of the net and, for a split second, the ball hovered on the air… then dropped on our side. Point, Chen. The crowd could not believe it. Then, as bad luck would have it, Cecil lost the third set tiebreaker and, eventually, the match. 1-0, Taiwan.

Treat Conrad Huey saved the day with a Thank-God-Its-Friday type of inspired play, swatting aces, slicing drop shots, easily disposing of Jimmy Wang in straight sets. 1-all by the end of Day One.

The Pinoys who gathered at Plantation Bay Resort and Spa were optimistic. This was better than our contest versus Japan last March when we trailed 0-2. On Saturday, we stood confident. The doubles pairing of Treat and Cecil was experienced and formidable. We won the first set. Easy. We lost the second. We won the third set. Easy. We needed only one more set… We lost the fourth set. Then, at six games all, with Treat’s left-handed serve ready to fire, he misfired. We got broken. The Taiwanese cheered “Jai-Ho!” They high-fived. After four hours of ping-pong games using yellow balls, we lost 8-6 in the fifth set. 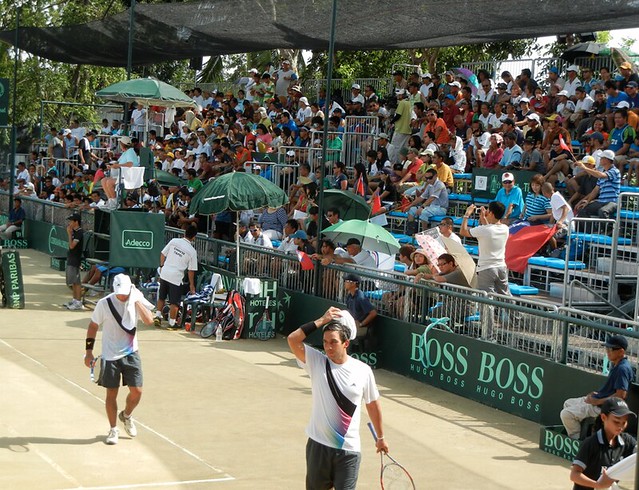 Down 1-2, the hundreds who paraded towards Marigondon to sit on the world-class bleachers prepared by Mayor Paz Radaza and Councilor Harry Radaza of Lapu-Lapu City sat dejected. How can this be? How can this awful moment happen again?

Later that night, I spotted Cecil Mamiit having dinner by the pool with his team. Downtrodden? Feeling lowly and sad? Was that how our team captain felt? No! If you had spoken to him that evening and didn’t know what happened just 150 minutes earlier, you’d think Team Philippines won. That’s how upbeat Cecil was. “Don’t worry,” he said. “We’ll win tomorrow. That was just extra practice. We wanted to provide more drama for the GMA TV network!” Smiling. That’s how he looked.

That night—regardless of what happens the next morning—I came to this realization: When you’re a top-flight athlete, you have to think like Cecil. What happened in the past is past. Nobody has a tape recorder to rewind the past.

Of course, by now, we know what happened the following day: Treat Huey led 3-1 in the first set, led 5-2 in the second set… but still lost in three sets. We lost. But Mr. Mamiit never focused on the negative. And, on the positive side, Jeson Patrombon showed the loudest cheerers of the weekend what a Bisaya is made of. (The joke: our team is composed of three Fil-Ams and one Il-Am… because Jeson is from Iligan.)

Jeson beat the former world no. 85 (Wang) in three sets. Cecil, who sat as coach to the 18-year-old, saw for himself the future Cecil… in Jeson. 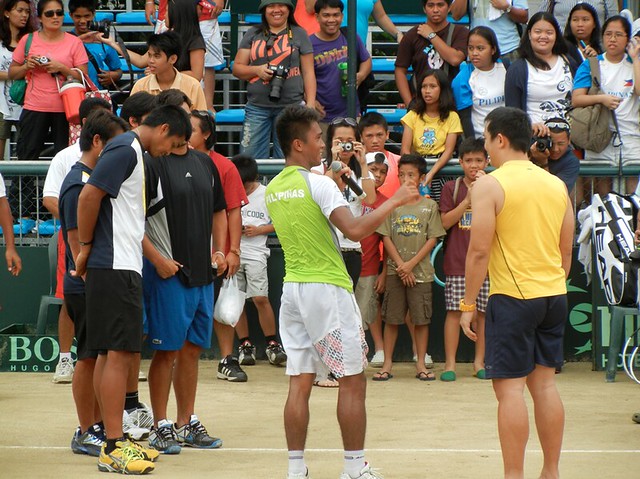