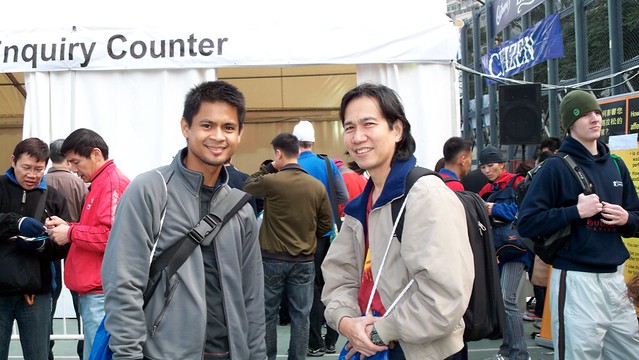 Jacs with his mentor and best friend, Dr. Vicente Verallo

Meyrick Jacalan is one of my closest friends. He’s also one of the most fanatical people I know about sports. At the past Cebu City Marathons, “Jacs” was the leader of the organizing Cebu Executive Runners Club (CERC). Also, as the entrepreneur behind ASAP Advertising, he created the concepts and designs for the Cebu Marathon.

Jacs has finished three 42K races. His first was when our 14-man Cebu group flew to Hong Kong in 2008; he timed a very respectable 4 hours, 51 minutes. Next, he joined the Singapore Marathon. We were together with Team CERC. Despite cramps, he did another sub-5, clocking 4:58. And, finally, at the 2009 Amsterdam Marathon, he did a sub-Oprah (besting Ms. Winfrey’s 4:29 clocking at the NYC Marathon). Jacs finished in 4:21.

What’s most amazing was this: months leading to Amsterdam, Jacs was injured. His painful Plantar Fasciitis injury (which later became Bone Spur) led him to stop many 30K practice runs. Once, running from Capitol to Cordova in Mactan, I saw him walk and grimace in excruciating foot pain. Never a quitter, Jacs considered backing out of Amsterdam—yet he persevered. He did a PR in that ’09 European 42K. 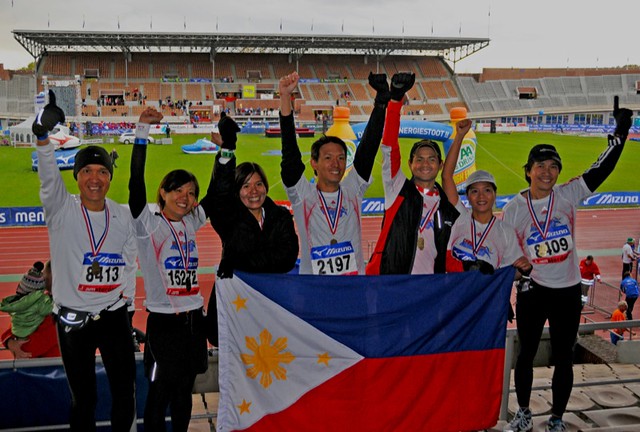 Next month, Mr. Jacalan will embark on another target: to finish his first Half-Ironman Triathlon in Camarines Sur.

“I was advised to rest and ‘totally’ stop running after Amsterdam to allow my injury to heal,” he said. “I needed something to do to remain active for fitness so I went back to mountain biking and eventually decided to take up swimming, too.”

This was in 2010. A biker prior to becoming a runner, the most challenging discipline was the one that involved the water.

“My limiter is swimming,” Jacs said. “All I knew about it was very basic. My limited background meant I had to learn it from scratch. Running was also tricky since I have to balance it properly so as not to aggravate my foot injury.”

On swimming, Jacs says it’s not a natural sport like running. “The techniques involved are complex and challenging. Without question, swimming can be a life-or-death activity. It’s not difficult to learn but it takes perseverance and determination to endure the countless and thousands and more meters in the pool. For me, the path to swimming starts with learning to relax and be comfortable in the water. Everything else will follow.” 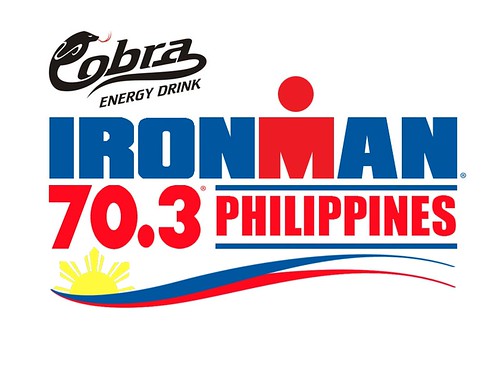 His training schedule for the August 14 Ironman include swimming thrice weekly. He does one short bike ride on weekdays and a long one on Sundays. Running? Two or three times a week.

“I hardly go out during the evenings, especially not on weekends; and as much as possible, business trips are limited to 2 to 3 days only,” he said. “If I do two workouts in a day, I make sure to take a 15-minute power nap noontime. I sleep early. Training and work schedule is pretty much manageable.”

His advice to all the married men who aspire to be triathletes: Ask your wives first for overwhelming support and understanding before jumping into the pool! (It’s good that Perl Jacalan, herself a half-marathoner, understands that her husband is a sports-obsessed person.) 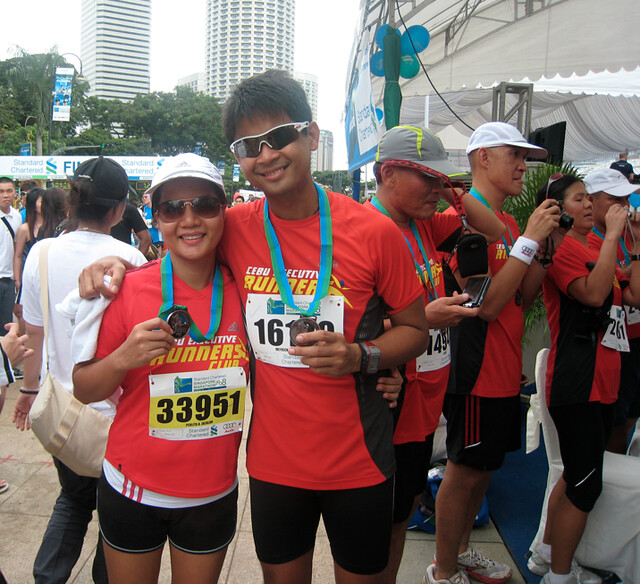 At the Singapore Marathon where Perl finished her first 21K

Having completed three marathons and now just 25 days away from his first-ever 70.3 triathlon (1.9K swim, 90K bike ride and 21K run), how does Jacs compare both sports?

“It takes more training hours per week compared to training for a marathon as you have to undertake 3 disciplines altogether;

“Probability of accident/crash is much higher with the bike training;

Comparing the two, Jacs says that marathon training is more difficult. “It’s more rigorous and taxing to the body,” he says. “Plus, there’s no variety… you keep using your legs, pounding your body on the asphalt 5 to 6 days a week. That’s tough!”

Since this is his first Half-Ironman, expectations are realistic. “I am a newbie to the sport,” said Jacs, “although I have ran 3 marathons and I have a background in mountain biking; doing all 3 disciplines (swim/bike/run) at one time is an entirely different game. My goal for now is just to finish before cut-off time.”

As to the popularity of triathlon in Cebu today, “you’ll be surprised” at how many are Tri’ing the Tri, says Jacs. This 2011 edition in CamSur, about 50 from Cebu will join. “Different teams are now being formed,” he says. “Team Reborn started with just 5 members, now they are 20. A revival of a popular Cebuano triathlon team years ago, the TRI-Loccos is now gaining new members. Former triathletes are on the comeback. An XTerra brand of Triathlon was just held here in Cebu.

“With Sugbu-Tri coming up various Triathlon races around the provinces, another big one in Lapu-Lapu City soon this year and with the neighboring Islands like Bohol hosting a Full (ironman) distance, races in Dumaguete, Davao,…. with Cebuanos flying all over the country as far as Matabungkay in Batangas, I would say, the sport is now enjoying a resurgence of popularity.”

Finally, asked about his parting words and motivation for enduring the pain of all the training, Meyrick Jacalan answers: “Every time I suffer, I am a better man because of it. That’s from the ultimate athlete himself, Lance Armstrong. And yes, every time I am in pain, I think of this line.” 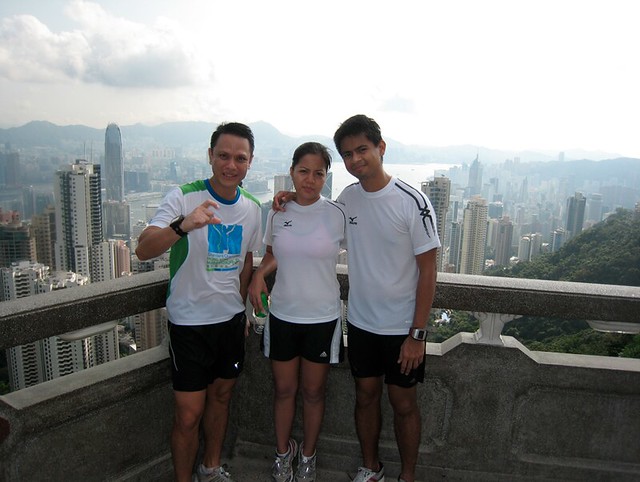 With the Jacalans after climbing The Peak in Hong Kong 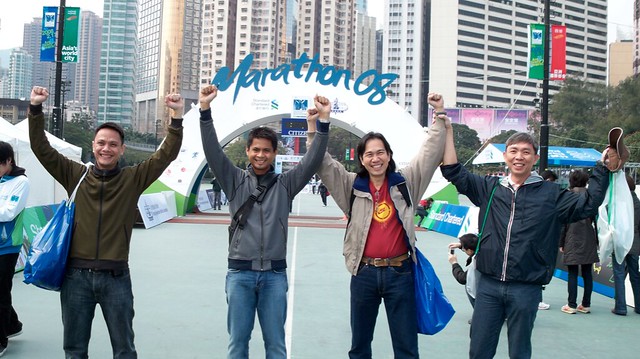