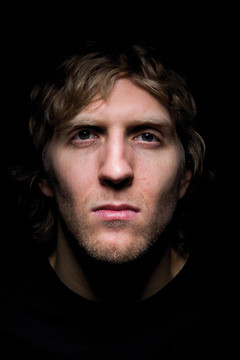 Dallas wins Game 4, 86-83. From a best-of-seven NBA Finals series, it’s now two-out-of-three. The score is 2-2. The whiteboard is a clean slate. It’s back to Square, Game One. All the previous skirmishes — the 82-game regular season, the Eastern and Western Conference Finals, the Heat’s dramatic loss in Game 2 — all these no longer matter. What matters is, Philippine time, the mornings of Friday, Monday, and, possibly (and hopefully), Wednesday.

“He did everything that he could possibly do,” said Mavericks coach Rick Carlisle, of his 7-foot German center, Nowitzki. “The ball was moving to other people; he was creating when he could create. I love the way he played. Fighting through that was not easy.”

It was another come-from-behind Dallas win. Miami led by nine points early in the fourth quarter. And didn’t we previously think that the Heat, in the final 12 minutes, was unstoppable, right? Wrong. For the man who wronged the most yesterday — LeBron James – was the best player of the Finals. Was. Because LeBron scored only eight points — breaking a streak of 433 regular- and post-season games when he scored double-digits. It was his first lowly number in 90 playoff games. Worse, he took only one shot in the last quarter. (In his career, when LeBron scores 15 or fewer points, his team is 0-7.)

“The fact that it happened in a loss is the anger part about it,” LBJ said. “That’s all that matters to me. If I’d have had eight points and we won the game … I don’t really care about that. The fact that I could have done more offensively to help our team, that’s the anger part about it for myself. But I’ll come back in Game 5 and do things that need to be done to help our team win.”

Game 5, of course, will be the most crucial of the entire NBA season. If Miami wins, it’s Game Over. With the final two encounters scheduled in South Beach, Florida, they’ll have two chances to win for James and Bosh their first-ever NBA rings. But, if Dallas wins, this concert turns electrifying. A Game 7 can happen, like last year when the Lakers bested the Celtics in the NBA’s very last game.

I’m for Miami. But, for the sake of prolonged excitement, I’d like Dallas to claim victory tomorrow, with the extended hope that LeBron nails the championship-winning shot in Game 7 — much like Boom Boom’s knockout punch this Saturday. Go… Boom and ‘Bron.