Cebuano boxing aficionados often complain about the slew of nobodies the ALA boxers face each time they fight at the Waterfront Lahug. A First Round knockout. An easy Round 2 TKO. A lopsided, unanimous decision. Not this weekend. Boom Boom Bautista, the most famous boxer representing Cebu and the ALA Boxing Gym, has lost only twice in 32 performances. That’s an impressive 93.75 winning percentage.

Once, he got KOed by Daniel Ponce de Leon. The other fighter to have beaten Rey? Heriberto Ruiz, the shirtless man he’ll be facing on the center-stage three nights from today. Not young at 33 years old, the Mexicano is nine years older than the Boholano. 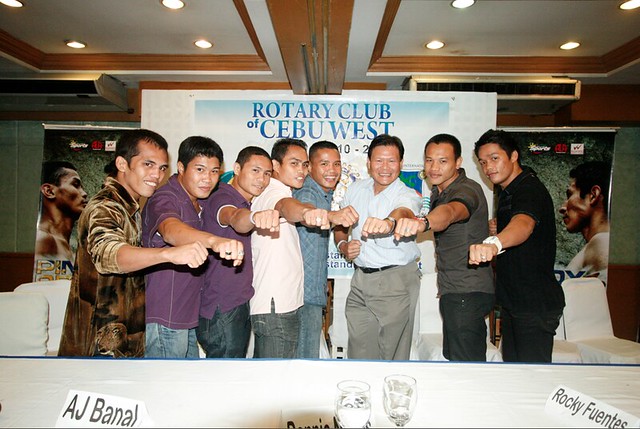 Is this good or bad for Boom Boom? Good because Ruiz has been inflicted with thousands more of uppercuts, bloodied noses, wallops, damaged ribs. Bad because of his longevity and experience — and because, mentally, when they eyeball-to-eyeball soon, Ruiz knows he’s won before.

Like in almost all events of the ALA Boxing Promotions — led by the father-and-son duo of Antonio Lopez Aldeguer and his second son, Michael — this will be a crowded, wall-to-wall, SRO-only fight… all eyes on a TKO. This, I predict, will be this island’s Fight of 2011.