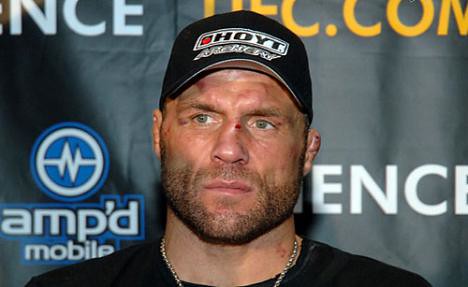 Last Saturday night in Canada, Randy Couture, three years shy of his golden birthday, got pounded in the jaw by Lyoto Machida’s flying kick; his head snapped at the ferocity of the impact as he tumbled on the Octagon floor.

Randy Couture is a Hall of Famer. He’s one of the–if not THE–most famous mixed-martial artist on earth. He’s revered. Yet, he is antique. Compared to Machida, who’s 15 years younger, Couture was primitive. Like S. S. Mosley?

With five days left before Manny Pacquiao battles another elderly, are we to expect the same quick finish? We hope so, of course. But this might be unrealistic. In an article in The Phil. Star last April 19, my favorite scribe, Quinito Henson, outlined reasons why Shane Mosley is not an easy prey.

“Why Mosley is Dangerous,” Henson’s column title, he enumerated 14 bullet points on the strength of the Californian. I’ll cite a few.

“He has one-punch knockout power in either hand, particularly the right,” said Quinito in Reason # 1. “In boxing, all it takes is a single connection and the fight could be over. Mosley boasts a knockout rate of 85 percent or 39 KOs of 46 wins, compared to Pacquiao’s 73 percent or 38 KOs of 52 wins.”

An 85 percent knockout rate is remarkable. As hard as MP has trained for this Sunday — possibly the best training he’s ever done — he’s got to be careful of Mosley’s right blow. 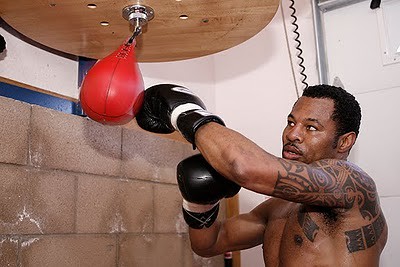 “He’s the only fighter to defeat the legendary Oscar de la Hoya twice,” said Quinito. These wins were in 2000 and 2003, back when ODLH was still in his prime.

“He’s the ‘longest’ fighter ever to battle Pacquiao with a startling 74-inch wingspan,” said Quinito. “That translates to a massive seven-inch reach advantage for Mosley. Two Pacquiao victims, Margarito and De la Hoya, both measure 73 inches in wingspan.”

Another reason, cited Mr. Henson: “He’s comfortable fighting in the 147-pound division. Mosley has weighed over 142 pounds for 22 bouts since 1999. Pacquiao has fought in only four fights weighing over 142 since 2008. Pacquiao scaled 142 pounds for De la Hoya, 144 for Miguel Cotto, 145 3/4 for Joshua Clottey and 144 1/2 for Margarito. Mosley will likely weigh five to 10 pounds more than Pacquiao when they square off. The edge in heft may be an advantage or a disadvantage for Mosley.”

Maybe because of “over-training” (Freddie Roach has advised his pupil to slow down), the Sarangani congressman weighs reportedly less now than while preparing for his past fights. We hope this does not translate to him weighing, on fight night, 10 or more lbs. lighter than Mosley.

“He has experience on his side,” added Quinito. Sugar Shane has fought in 53 fights that totaled 376 rounds. He’s joined 19 world title fights. Manny? He’s done 329 rounds, 57 bouts and 16 world title bouts. “Mosley racked up a record of 38-0, with 35 KOs, before tasting his first defeat nine years after turning pro. Pacquiao raced to an 11-0 record, with only three KOs, before suffering his initial setback to Torrecampo in 1996,” said Quinito.

Mosley defeated Antonio Margarito. So did Pacquiao. But, while Manny went 12 rounds with the Tijuana Tornada, Mr. Mosley finished the Mexican-American via a 9th round TKO.

Finally, in what to me is a crucial point, Quinito adds: “He fights like Juan Manuel Marquez. Pacquiao had difficulty against the Mexican in two bouts. Marquez, a technician, counter-punched and repeatedly found an opening for his right hand down the middle, into the heart of Pacquiao’s defense. Mosley will try to do the same on May 7.”

Still, as what we’ve seen mid-April when underdogs Orlando Salido and Victor Ortiz upset Juan Manuel Lopez and Andre Berto, there are no guarantees in boxing. Let’s just hope that, at a prehistoric age of 39, Mosley will do a Couture and end up in the same place come fight’s end. On the floor.