With 3-1 leads in a Best of Seven series, the Mavericks and the Heat are 95.9 percent assured of victory. Yet, like the twin, shocking defeats of the M. Lhuillier squad last Friday and Saturday against the Cebu Landmasters/RDAK team, this we know: Basketball is unpredictable. The ball is neither flat nor perfect — it’s round. The bounce, odd. The loser can rebound and win.

But, as Roberto Duran once famously said, “No mas.” With Nowitzki and Bosh and Kidd and Wade and Mark Cuban as the Mavs owner and LeBron as the two-time MVP, I doubt that Chicago and Oklahoma can each win three of the next three games. 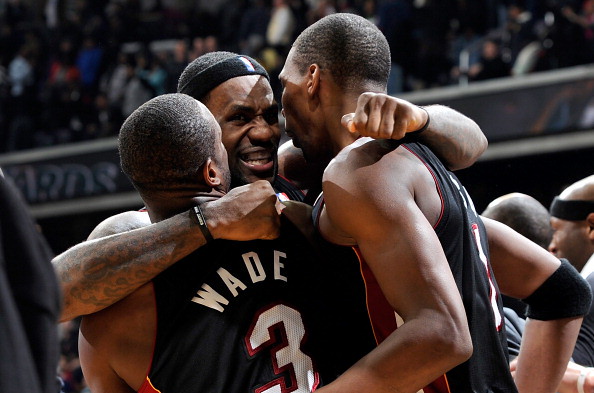 So, the stage is ready. The world awaits. The Heat is on. The Mavs? They move… to the Finals. You know my pick. Ever since LBJ announced in “The Decision” last July 8, 2010 that he’d combine forces — like Thor joining Spider-Man and Iron Man in a Marvel Comics triumvirate — the unanimous decision on the 2011 NBA champions is obvious.

I pick the Heat. Dwayne Wade having an off-night? Like he did yesterday? When he missed a dunk in the early minutes, did not score in the 3rd and 4th quarters, and shot only 5-of-16 with 14 points? No problemo. LeBron scores 35 points. Chris Bosh adds 22. They escape from near-defeat in Game 4 to force an OT and win, 101-93, leading the Eastern Conference Finals, 3 to 1.

Mr. Bosh? He’s Mr. Boss in Game 3. Attempting only 18 times, he made 34 points. The Heat have too many options, too many Pacquiaos in baggy shorts, two MVPs, they’re too damn good. They’re the Navy SEALS of the NBA. They’re the elite force – the best of the best. Like the SEALS who killed Osama Bin Laden carrying night vision apparatus, M16/M4, grenade launchers, pistols and other gadgetry that Karlon Rama can better explain, the Miami Heat has multiple weapons.

Free throws? They made 24 of their last 24 in Game 4. Plus, there’s The Big Two to add to The Big Three… Udonis Haslem (with nine rebounds yesterday) and Mike Miller (same nine rebounds plus 12 crucial points). “These are some of the things we anticipated coming into the season,” said Erik Spoelstra, the Fil-Am coach of the Heat. “Now when it counts, (Haslem and Miller) have both been able to contribute.”

Wade-Bosh-LeBron-Haslem-Miller. These five weaken and make the opponents helpless — like the Bulls, who owned the best regular season record of 62 wins and have the honor of calling their own, Derrick Rose, as the league Most Valuable Player. “That lineup that we talked about this summer is something we always envisioned,” said LeBron. “And it’s coming together at the right time.”

Dallas Mavericks? In the Finals, they won’t own home-court advantage. Both the Bulls and the Heat own better regular season records — thus, the 2-3-2 home-and-away format will not favor the Western Conference winners. 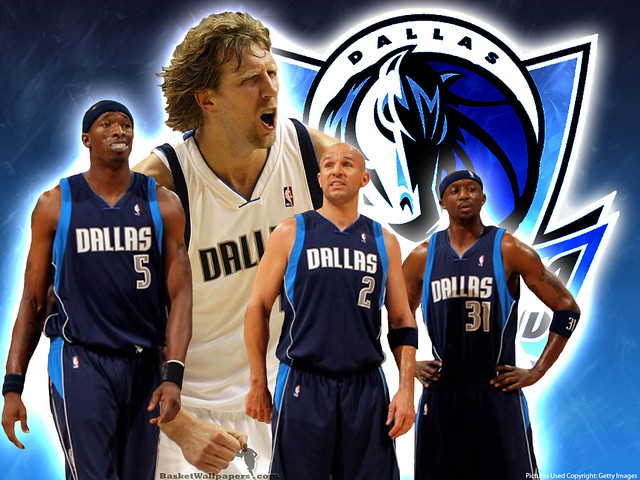 Still, wrote Matt Regaw in a gutsy piece entitled “Dallas Mavericks Should Be the Favorites To Win NBA Title,” he argues for this team that humiliated — not just “defeated” — the L.A. Lakers.

“The Mavericks have been road warriors in the playoffs,” said Regaw in his May 24 story from the website Bleacher Report. “They are not intimidated by the opposing fans and that was never more evident, than in the last game against the Thunder. The Thunder have one of the rowdiest crowds in the league, and when faced with a 15-point deficit with less than five minutes to play, the Mavericks showed unnerving composure.”

The Mavs, he argues, have won at least once on the road in each series — plus, twice in L.A. and Oklahoma. So this negates the “home-court advantage” philosophy.

Point # 3: “The entire Mavericks team is covered with skilled veterans that are groomed to handle pressure situations. Nowitzki is a point-producing scoring machine… Jason Kidd leads the team at the point and distributes the ball with ease… Jason Terry is a spark plug…”