Rey Bautista woke up at 5 in the morning last Friday. He stretched, got dressed, laced his running shoes, and stepped out of the Nasipit, Talamban location of the Antonio Lopez Aldeguer Gymnasium. It was 6 a.m. After two hours of slow-jogging, he returned to the ALA dugout, where he’s slept and resided for over nine years now.

“Wala ko ma-hadlok (I’m not scared),” said the boxer known as “Boom Boom.” The “hadlok,” or scare, refers to Heriberto Cuate Ruiz. Out of the 32 men that Bautista has faced on the square-shaped stage, B-B-B has won 30 fights (23 by knockout) — and he’s lost only twice, to Daniel Ponce de Leon and to Ruiz.

I am not a boxer. I do not know the dizzying effect of a right hook, a stabbing left wallop or a jaw-breaking uppercut. Bautista experienced those. In his Nov. 22, 2008 loss to Ruiz — via unanimous decision with the judges’ scorecards of 80-70, 78-72 and 77-73 — our Boholano was castigated by the Mexicano.

Yet…. Wala ko ma hadlok. That’s the confident statement of Bautista, with just 13 evenings to go before his Part II encounter vs. Ruiz.

“I am focused now. I am in great condition,” said Boom-Boom. “In our first fight, wala ko sa sakto na huna-huna (I was not in the proper frame of mind). The main reason was because of my painful hand. Timing lang gyud to.”

That left hand injury was diagnosed as “a rotten bone” on his wrist. Bautista had surgery following that fight and, according to reports, had that rotten wrist bone replaced from another bone from his hip. It took one year before Bautista fought again. That fight was in 2008. The rehab, in 2009. We’re 2011. Time elapses. Wrist wounds heal.

I asked Boom Boom about his nickname. “It was Sir ALA (Tony Aldeguer) who came up with that name,” he said. “My style, said Sir ALA, resembled that of the original Boom Boom — the one with the same first name as me, Ray Mancini. And so I was nicknamed “Boom Boom.”

Rey was only 17 then. He’ll turn 25 eight days after the June 11 fight… on June 19. What birthday gift will you reward yourself if you win? I asked. Boom Boom chuckled. Because as serious as Rey Bautista has been in training, off the boxing court, he is relaxed, even funny.

I’ve experienced this first-hand. The past few months, we’ve been together on several occasions. As president of the Rotary Club of Cebu West, I invited the entire top-notch stable of ALA Gym fighters to our Tuesday night meeting. This was last December.

Surrounded by Donnie Nietes, Mark Melligen, AJ Banal, Z Gorres, Jason Pagara, Milan Melindo, and Rocky Fuentes — an All-Star cast from the A-team of Aldeguer, one man stood out as the most popular. He’s from Candijay, Bohol and stands over 5-foot-6. 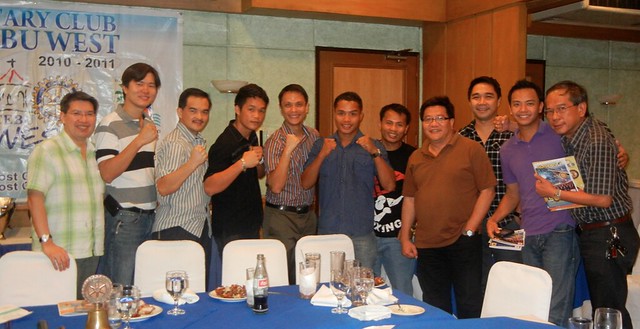 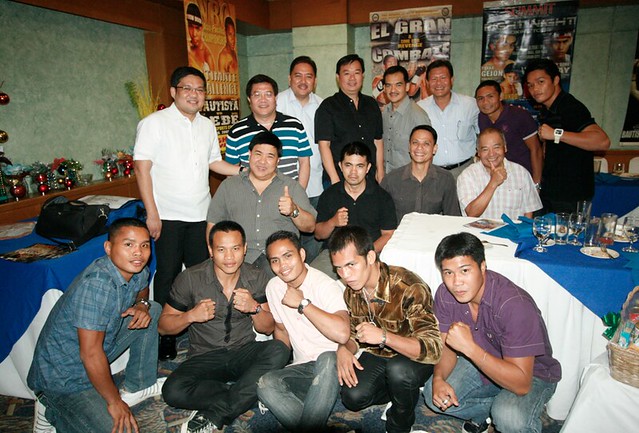 Boom Boom, in the Q & A portion of that Rotary night, laughed a lot. He’s a joker. And, later that evening, he showed his being a ladies man by cozying up with our club assistant, Ms. Emma Gallos.

A month or so later, Boom-Boom joined our meeting again. Afterwards, we partook of yoghurt ice cream at John Young’s yoghurt bar. Justin Uy was there. So was Johnny Siao. We stayed up past 10:30 p.m.

Then, during the Davis Cup tennis weekend last March, there was an open-to-the-public sparring session at Parkmall. Boom-Boom shook hands with the tennis team. Then, in one unscripted but unforgettable moment, the two famous men — Boom Boom and Cecil Mamiit of tennis — stood at the center and, with similar heights and muscular builds, stared eyeball-to-eyeball, as if all-set to fight. Laughing ensued. It was fun. Boom Boom, as intense as he is when the fight nears, has fun. He’s funny. 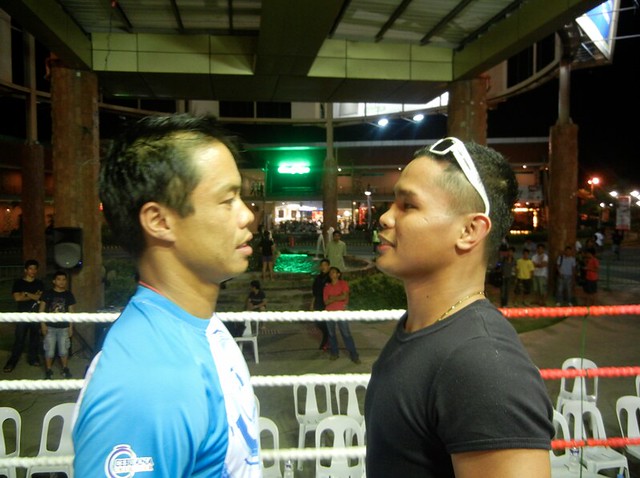 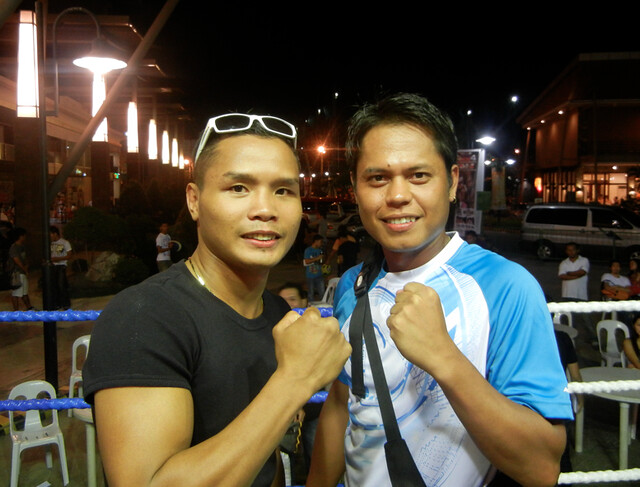 Let’s all pray that, two Saturdays from today, when the jampacked Waterfront Cebu City Hotel and Casino gets a rousing entrance parade — with matching “Boom Boom Pow” loud music in the speakers — that Bautista will entertain the Cebuanos via a KO win.