One person was more thankful than everybody else. His name: Gen Nagai. His accomplishment? He scored a hole-in-one and brought home a brand-new Suzuki Celerio. This happened last Saturday. His feat was timely because, just as his countrymen were besting their Filipino rivals in Davis Cup play last weekend, Gen Nagai, a Japanese, did the same on the golf course. The tennis aces won on clay; he aced on grass. Gen’s unexpected coup at Hole No. 15 three days ago–swinging once and landing that white ball inside the cup–was the good luck charm his fellow Japanese needed. They won the Cup; he won a Celerio.

I first heard about this news last Sunday. Minutes after Go Soeda, the No.1 Japanese, defeated our own Cecil Mamiit at the Plantation Bay Resort and Spa, I was approached by a familiar face. Atty. Jovi Neri, watching from the bleachers with his fellow Class A golfers Marko Sarmiento, Macky Michael, and Mark Garcia, approached me after the game. We met inside the tennis court, just as Mamiit was swarmed with fans eager for a photograph with their fallen hero. 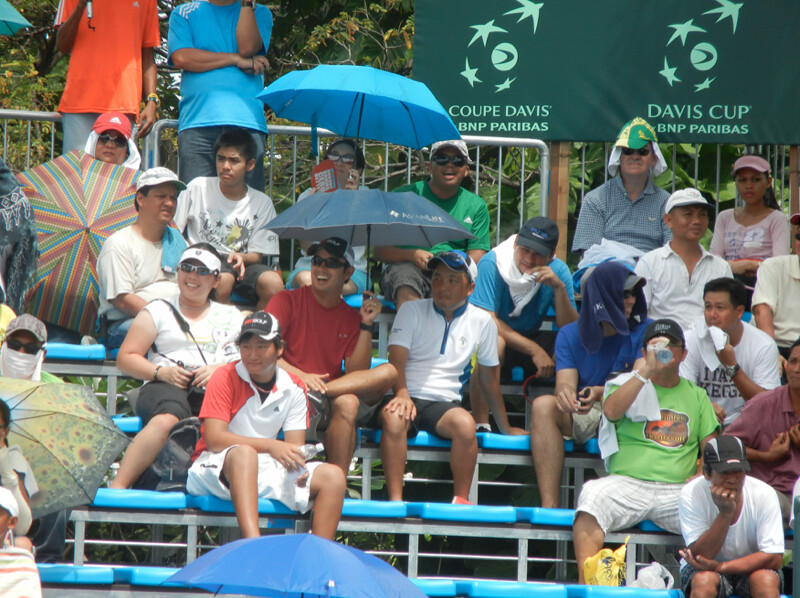 Jovi, the 2002 CCC Club champion, introduced me to a Japanese. “You should write about him in your next article,” said Atty. Neri. “He just made a hole-in-one.” Gen and I shook hands. Another person on-court, thinking I was a Davis Cup player (I wore the same blue Accel shirt as the players), took my photo with Gen. “Sure,” I told Jovi, who himself won the Division A trophy last weekend, besting Montito Garcia.

Here’s the rest of Gen’s story, e-mailed to me the other night by Jovi: “Last year, Gen was promised by his mom, Ryoko, that he would get a brand-new golf set if he will shoot below par.  Gen finally earned it by shooting a 3-under par 69 – in a tournament no less. For his reward, he would get a complete golf set custom fitted to his exact specifications.

“In this scientific era of sports, properly fitted equipment is a must for top-level athletes so they do not give an advantage to their rivals. REDGOLF, Cebu’s top golf retailer, had to take Gen’s measurements such as height, wrist-to-floor, hand size, swing-speed, swing characteristics, and other key parameters. Gen’s was assembled in Japan and took almost a month to arrive which was one week before the tournament.  He practiced a bit with his set but his first game with it was the tournament.

“Wielding a pitching wedge, he hit the perfect shot which never left its line, landed softly on the green and rolled to the hole. In his flight and witnesses to the amazing shot were: Jovi Neri, Mark Dy, Bayani Garcia, and Raymond Garcia…

“He worked hard on his game, and his mom gave him a reward with a new equipment. It must have been only fitting that he used his new equipment to score that elusive ace.”

Gen’s weekend was perfect. In fact, he plans to try swinging again at the sport that he used to play when he was even younger: tennis. (At the Plantation Bay bleachers, surrounded by Filipinos, he was the lone Japanese in the corner cheering for his team.)

“He was inspired watching his countrymen win,” said Jovi, “that he is contemplating a return to tennis to complement his golf practice. If not tennis, he is looking into swimming, running, soccer, or badminton. He hits balls everyday and practices the hardest among all the junior golfers in Cebu Country Club. He wants to add an active sport to maintain his fitness.”

As to the Suzuki Celerio that he won? The dutiful and obedient son that he his, he gave the car keys to his mom. The reason? Gen can’t drive. He doesn’t have a license. He can’t get one. While he can drive that dimpled golf ball 288 yards away and he can drive that electric golf cart in CCC, he can’t drive a car along Osmeña Boulevard. Why not? Gen is a Grade 8 student at the Cebu International School. He’s only 14.