Last Sunday, he vomited. Twice. Head bowed, shoulders drooping, his face grimaced. His Babolat racquet nearly fell off his weakened fingers. Cecil Mamiit, after nearly six hours on the oven-like tennis court last Friday, sprinting and smashing and sliding from 10 a.m. until 4 p.m., was fatigued. His body ached. It was his third straight day under the intense Mactan seaside heat–the hottest three days of 2011. His body protested. 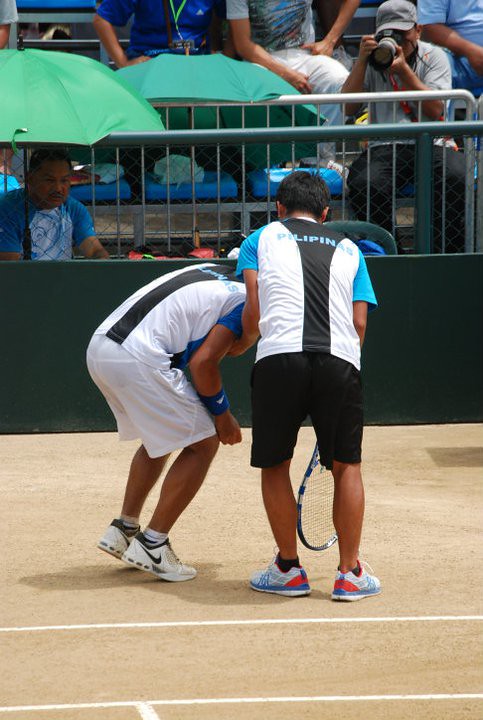 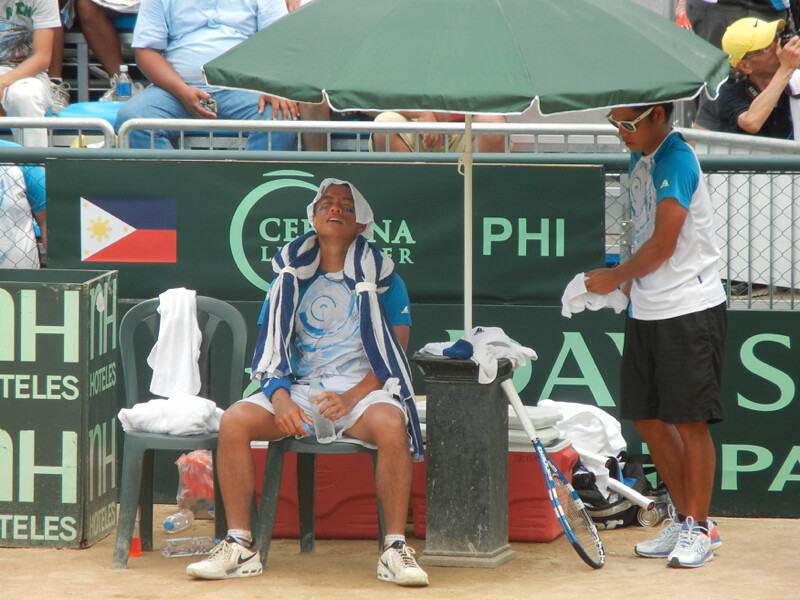 Yet, this braveheart wouldn’t say no. Quit? Retire? Give up? Over 1,200 spectators last Sunday, all watching our No.1, would have understood. But Cecil doesn’t quit. Instead, after vomiting and losing that second set to Go Soeda of Japan, he sliced an uppercut. Like the boxers of the ALA Gym whom he befriended, Cecil was a boxer on tennis shorts. He fought. He jabbed–punching volleys to win the third set. He had break point chances–I counted six–in the fourth set. Had he converted–he’d have won the pivotal fourth set and possibly scored a come-from-behind victory.

But, no. In the end, with his body exasperated, he lost. Our Davis Cuppers were defeated, 3-1. But those are only numbers because, to all who watched, we won. Cecil won. He won the hearts and applause of Cebuanos. Call it determination. Call it guts. In this game of teenagers, call it a 34-year-old grandfather’s willpower.

Cecil Mamiit may not be Manny Pacquiao. But, in fighting spirit and tenacity, they are equals. Cecil may not be the Azkals–their popularity ratings are not equal. But, amongst those who watched last weekend, their prominence is the same.

In truth, we could have won. The final score, 3-1, could have been reversed. We almost did win. We should have. In that first match on Friday, Cecil had three chances to win. He held match points. He led 4-0 in the deciding set. Given that victory plus the doubles win on Saturday, a 2-1 PHL lead would have been insurmountable. 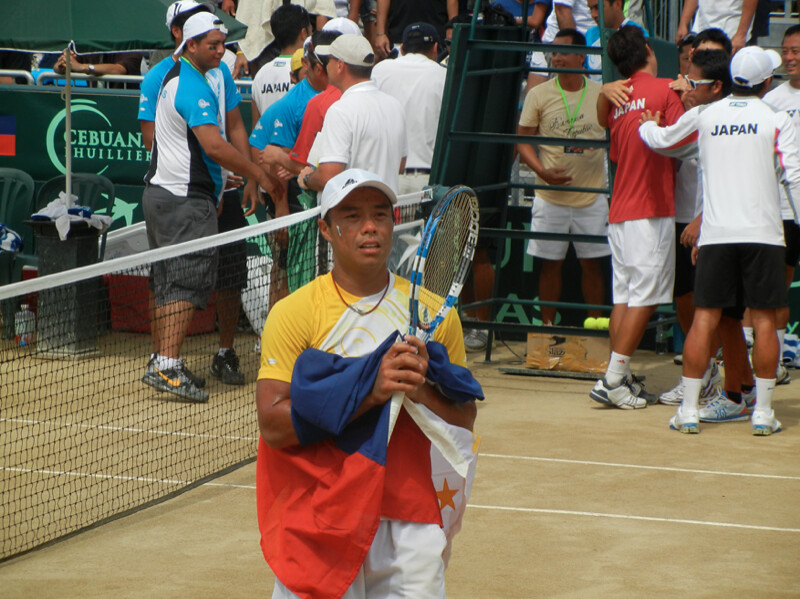 But, this is the beauty–and agony–of sports. Victory is not attained in a mere five hours and 4-0 lead. Often, it takes six hours of pain. Yes, it was painful to watch that loss. More so because of the suffering inflicted on Mamiit: a counterpuncher who is made to languish by running left, forward, right, backwards. While Go Soeda is effortless like Roger, Cecil is Rafa: he’s made to sweat, grind, agonize. And vomit.

Still, kudos to Japan. And while the loss was disappointing, everything else was near-perfect. The crowd was incredible. I’ve watched many DC ties in Manila and, I’m proud to say, the Cebuanos reign. We are loud, drum-beating, noisy–complete with sexy dancers called Harry’s Angels.

Cecil mentioned this support to me at our small-group dinner last Sunday. The cheering boosted him, he said. The passionate audience bolstered his weakened body.

Harry Radaza? He celebrated his birthday last Sunday and, though he didn’t get the birthday gift via a victory, the impressive Lapu-Lapu City hosting made the city councilor drink bottomless San Mig Light… (To Lapu-Lapu City, to Mayor Paz Radaza, and the rest of the team—especially Plantation Bay–everybody was superb!)

Back to Cecil, I spent considerable time with him the past two weeks. While Treat Huey, for example, is quiet, Cecil is entertaining and gregarious. Minutes after Sunday’s loss, he had a mix of emotions. He wiped away tears. He was tossed in the air by the Japanese. He was eloquent in the farewell speech. As dozens swarmed him for photos, he grinned.

Then… he jumped in the pool! With complete tennis attire, he dove. He then shouted to the stunned audience–who wants this shirt? A young lady jumped to the pool. Anybody want my Nike shoes? Two others plunged the water. They each grabbed a shoe and wrestled for the other. Finally, a girl screamed, “Can you give us your tennis shorts?” Ha-ha.

His loss erased by the incredible affection the Cebuanos had showered upon him, Cecil teased the crowd by slowly pulling them down… Cecil paused, smiled and—as if to say goodbye to Cebu–submerged back into the pool.

See all the photos here and here.