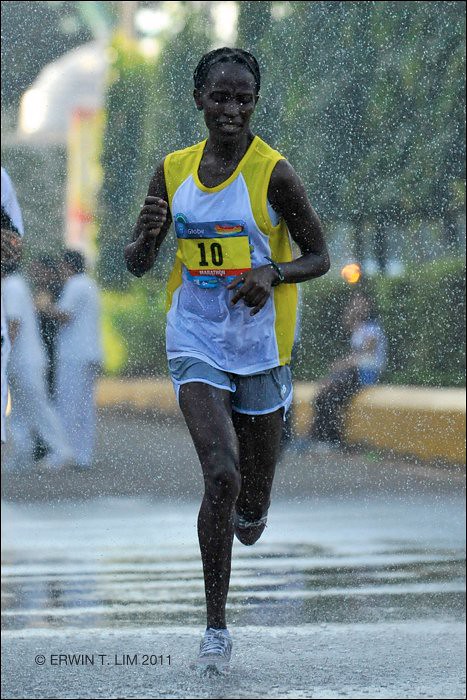 How to explain the satisfaction — and pain — of running 42,195 meters on foot? Here are a few explanations…

“To describe the agony of a marathon to someone who’s never run it is like trying to explain color to someone who was born blind.” – Jerome Drayton.

“The body does not want you to do this. As you run, it tells you to stop, but the mind must be strong. You always go too far for your body. You must handle the pain with strategy. It is not age; it is not diet. It is the will to succeed.” – Jacqueline Gareau.

Yes. Emil Zatopek, the Czech runner who won three gold medals at the 1952 Olympic Games (including the marathon, deciding to join the event in the last minute – and in his first-ever 42K distance!) is correct. Running the marathon will change your life. From now on, you can achieve anything. A difficulty or challenge or problem that’s too tough to overcome? Prior to the 42K race, “That’s too hard,” you’d say; after, it’s this proclamation: “I CAN DO IT!”

Triumph. That’s what the marathon is. It’s about the word “impossible” and removing its first two letters. Possible. Yes. After last Sunday, to the one thousand-plus who ran from the Asiatown I.T. Park to the tip of the South Road Properties in Talisay City then back to Lahug…. anything is possible. “A marathon is like life with its ups and downs,” someone once said, “but once you’ve done it you feel that you can do anything.”

Take Raul Cepeda. He’s 77. He’ll celebrate his 78th birthday one week from today, on Jan. 18. This means that he was born in 1933. Two days ago, Raul ran his first marathon. When I saw him running towards the finish line, I almost cried. Here’s a grandfather of many, accomplishing what senior citizens are not supposed to do. Raul is one of the most amazing people I know. And, to top it all, last week I got a call from him saying that he’s in pain, nursing a plantar fasciitis injury. I suggested that, maybe, he not join or do the 21K instead. He braved on. And for that, he has the 42K finisher’s medal to proudly show to his grandchildren. 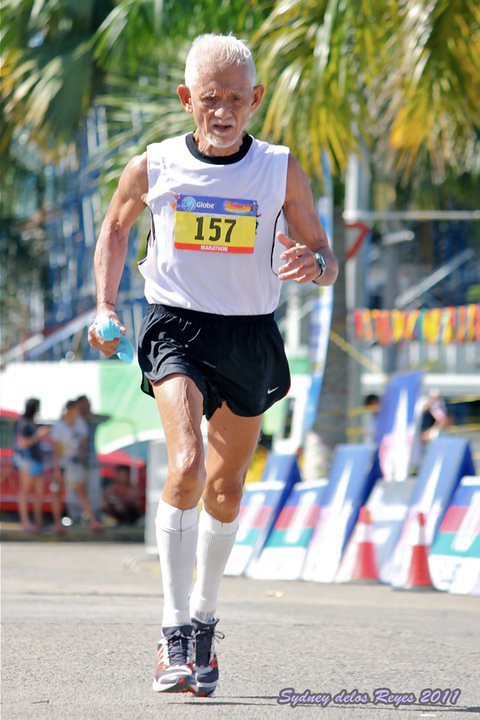 How about Atan Guardo and Joel Garganera? These best friends finished their 12th marathon (yes, no misprint: one dozen) last Sunday. Their first? Exactly 23 months ago. Now, it’s No. 12.

Or SunStar’s very own Michelle So. In the Press Freedom Run two years ago, Michelle hobbled towards the 3K finish line. In CCM 2010, she did the 5K. Last Sunday? She traveled 42,195 meters—the distance from the Provincial Capitol all the way to Carcar.

Same with Joy Polloso, the general manager of Ayala Center. She completed her first two marathons — in Singapore and Cebu — in a span of just one month!

There are hundreds more of similar inspiring stories–many recounted in Facebook postings and photos. In all… What a celebration. What a sense of fulfillment. What a festive moment during this Sinulog.

As to the hot weather last Sunday morning? That’s another one of those unexplainable moments. The entire week last week until Saturday night, it was gloomy. Rainy. It drizzled. Same with the whole of yesterday, right? It rained. But on the solitary morning of last Sunday, it was all sunny and hot… Many runners got burned. Explains marathon guru Hal Higdon: “The difference between the mile and the marathon is the difference between burning your fingers with a match and being slowly roasted over hot coals.” How to explain the slow roasting at the SRP? Only God can do that but, to me, it meant two things: One, it reemphasizes the difficulty and torment of the 42K and, two, it makes the agonizing victory all the more gratifying.    Finally, to all those still grimacing with aches and sore muscles, consider this…