I like golf. Golf doesn’t like me. The few occasions that I swung an 8-iron, the ball performed either of two reactions: it swerved right for a “hook shot” much like Kareem Abdul-Jabbar’s or it veered left — a “slice” as sharp as Steffi Graf’s backhand. Once, at Alta Vista with Louie Moro and Macky Michael, I lost 22 balls! 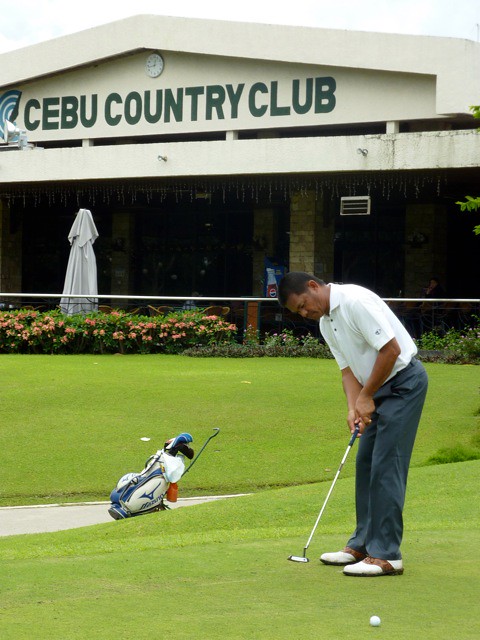 One player who loves golf and the sport loves him in return is Frankie Miñoza. Here’s outstanding news on our Pinoy ace: “Frankie became the first male Filipino to qualify on the PGA Tour,” said Marko Sarmiento, in an email last month. “Although it’s the Champions Tour, it is part of the PGA of America and one of the major tours (PGA, LPGA and Champions) in the U.S. Not only did he qualify, he qualified 2nd and only the top 5 from the final stage get a full exempt status for the 2011 season. That means that he gets to play on all the tournaments!”

Marko Sarmiento got to experience a moment that all golfers wish they go through: he played in the same foursome with Frankie. In their grouping were Montito Garcia (Marko’s uncle and the Cebu Country Club eight-time club champion), Marko’s dad, Efren, and Marko’s older brother, Arlo. 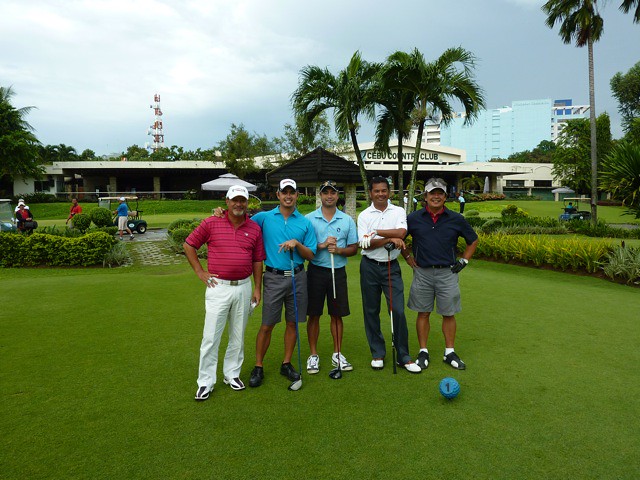 Frankie’s score that day at the CCC? A relaxed 6-under 66.

Looking ahead this 2011, Marko’s not sure if Frankie is exempted for the Majors. As to qualifying for the PGA Tour, Marko explained: “He went through a grueling 144 hole qualifier in 2 states. The regional qualifying was held in Seaside, California while the final stage was in Coral Springs, Florida. Q-school is known to be the most stressful event for any professional on any tour because of the uncertainty of their careers if they don’t qualify. After qualifying, Frankie said it is a dream come true. He’s played with all the top pros throughout his career but not on a weekly basis because he was based in Japan and competed mostly in Asia. Now he gets to rub elbows with the likes of Couples, Langer, Watson and Pavin on a day to day basis. How sweet is that??”

Here in Cebu, almost nobody outhits Marko Sarmiento off the tee. Averaging 290+ yards, his ceramic ball disappears into the air. How was Frankie, who turned 51 years of age last Dec. 29, off the mound?

“I played with Frankie a month ago and it was a good time to see the condition of his game, which was fresh from his stint in Q-school (the week after Q-school, he finished 2nd in a European Seniors event in Japan), and you could see that he was still oozing with confidence. His ball striking has always been impeccable, but his distance is what amazed me the most. I didn’t expect him to be as long as he is now, at his age of 51. He was hitting his drives 290 to 300 yards consistently.

“He has always been a long hitter but he credits 10-15 more yards to a new Titleist driver (910D3) that he just started using. He also attributes great putting to his recent success. You can say that his putting has been his achilles heel throughout his career, but when his putter gets hot, he almost always contends. He’s also in great physical shape since he runs on a regular basis. He actually looks more fit now than he did when we has in his late 30’s.”

“Frankie may not be in the peak of his career like he was in the mid 1990’s when he was in the top 50 of the World Golf Rankings,” wrote Marko, “but you can argue that he isn’t far from it. Golf is the one exception to the rule of sport, and that you can actually get better with age. Many golfers peak in their 40s and don’t be surprised to see a resurgence in Frankie’s career. He’s excited and definitely motivated to turn back the clock and compete with these golfing legends.  I would have to rank Frankie as the best Filipino golfer of all time, hands down. He has the most international wins and has definitely made the most money, and remember… he’s a rookie all over again.”