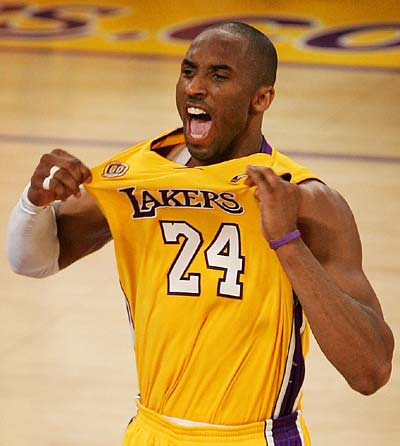 I used to idolize Michael Jordan. Who didn’t? But when he retired the Chicago Bulls jersey, then, after he stopped wearing the Washington Wizards uniform, my interest in the NBA faded. Then LeBron James arrived. Here was Air Jordan’s Heir. Yet, after seven years and numerous Most Valuable trophies collected, he has zero titles; LBJ is no MJ.

Kobe Bryant is. Though, in his own words, he admonishes the comparison. “I don’t want to be the next Michael Jordan,” he said. “I only want to be Kobe Bryant.”

What a performance thus far by the 6-foot-6, 205-lb. “NBA Player of the Decade” from 2000-09, as named by TNT and Sporting News. In Game 1 of the NBA Finals, Kobe showed the world his Barack Obama-like leadership acumen on the basketball court. He scored 30. He blocked Tony Allen’s shot. He sprinted to dunk an alley hoop seconds later. He banged a three-pointer to lift his Los Angeles city to a 102-point haul. He rebounded seven times, assisted on six, made 9 of 10 free throws, and caused frown lines on millions of Celtics fans worldwide.

Kobe Bryant is. For here’s one lesson I’ve learned from watching KB24—a life lesson that we can all use: “He who wants it more, gets it.” Get it? I repeat: Nobody in the NBA wants that title more than Kobe… and that’s why he’ll get it.

“I’ll do whatever it takes to win games, whether it’s sitting on a bench waving a towel, handing a cup of water to a teammate, or hitting the game-winning shot,” Kobe was once quoted.

Amazing, right? For herein lies his secret—and the secret of life: The man who wins is the one who thinks he can. The man who, like the 31-year-old Kobe, has more enthusiasm, more vitality and will, more eagerness and zest and spirit than anybody else… wins.

Kobe Bryant is. That’s who he is. That’s why he’s won four times and will add another. It’s called focus. It’s named tenacity. At one episode in Game 1, the comedian Chris Rock, one of Hollywood’s most celebrated, sat beside Kobe in the front row and kept on talking to him, clowning around, dishing out tips and words. Kobe’s reaction? None. He hardly noticed the superstar. His eyes and mind and focus were serious, all zoomed in towards one goal: winning the ballgame.

“I’m chasing perfection,” he once said. Yup. True. In this case, Kobe’s definition of chasing “perfection” is chasing “a fifth NBA championship.” He longs for L.A. to win their 16th title and move them just one behind Boston’s record of 17.

He who wants it more, gets it. What a lesson Kobe is demonstrating to his audience. From the stern look on his game face to his three-point-shots despite the in-his-face defense to his fist-pumping, Kobe shows us that he wants it more than Pierce or KG or Rajon.

“Some are destined to succeed, some are determined to succeed.” I like that quotation. I’m sure jersey No. 23 does, too. For this word—Determination—is Kobe Bean Bryant’s middle name. It’s embedded in his system. It’s the reason why, failure after failure—a rape case in 2003 that nearly collapsed his life and reputation, an embarrassing Game 6 finals loss of 39 points to Boston in 2008—he’s able to overcome the challenges.

“Everything negative – pressure, challenges – is all an opportunity for me to rise,” is another of Kobe’s more popular Quotable Quotes.

Kobe Bryant is. He’s the reason why the team in gold will win gold.

Scanning the sports horizon for athletes with similar conviction and single-mindedness, I can think of one other today. He, too, embraces the motto, “He who’s more determined, triumphs.” And, like Kobe, who’s gunning for his 5th NBA crown, this man, tonight at 9 p.m. in our Cebu cable TVs, will aim for his 5th crown in Paris. Watch for Pau Gasol’s countryman from Spain to win the French Open. 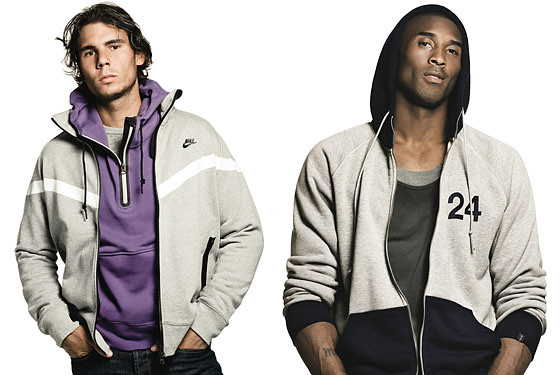