Only four men are left in the men’s draw of the 2010 French Open. Robin Soderling and Thomas Berdych occupy the upper half; if the odds are followed, Rafael Nadal and Novak Djokovic, who brawled against opposing players last night, will meet in the other semifinals. Looking ahead to this Sunday, it’s expected to be another R & R finale. Only this time, the reigning Roland Garros winner codenamed “FED” will be missing. 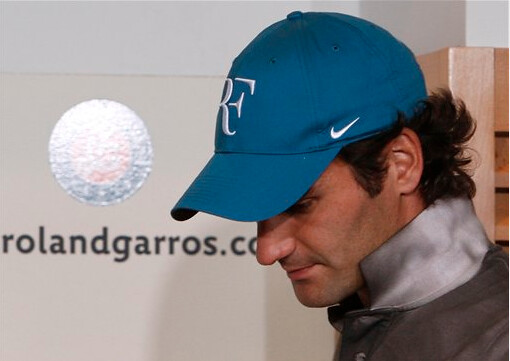 What a match the duo played two nights ago. I hope you saw it. In the first set, Federer was impeccable. He won 6-3. In Set 2, he was broken in his first service game, trailed 2-0, then promptly lost 3-6 to Mr. Soderling. In the third set, Roger owned a set point against Robin with the score, 5-4, but—in what turned out to be the point of the match—his opponent saved that game. At 5-all, it rained in Paris. I slept in Cebu. It was nearly midnight. Then, my text-mate that evening, Sun.Star’s Executive Editor Michelle So, sent me a message that my phone captured at 1:48 a.m. Reading it when I awoke at 5:37 yesterday morning, the message was succinct: “RF lost. 6-3, 3-6, 5-7, 4-6.” My guess is, Michelle, the leader of the RF Fans Club of Cebu, if ever there was a group, had trouble sleeping after RF’s exit in France.

But what a performance by this Swede nicknamed Soderking. (True: He sawed-off ‘d King.) Robin slammed the ball from his slingshot forehand to Roger’s backhand, drilled a down-the-line backhand, served a 240-kph ace, he played fearless, never, for a moment, intimidated thinking that across the net was The Greatest Of All Time.

Soderling’s offensive gunfire against Federer was the same Robin Hood-like barrage of arrows he unleashed on Nadal last year. Both victories were monumental, said top tennis scribe Jon Wertheim of Sports Illustrated: “I can’t think of two bigger clay-court upsets in the last, say, 20 years. Those are two just massive wins, but you have to follow it up. We’ll hold off on the Hall of Fame plaques until he wins a major, but those are just two monstrous wins on clay in back-to-back years.” 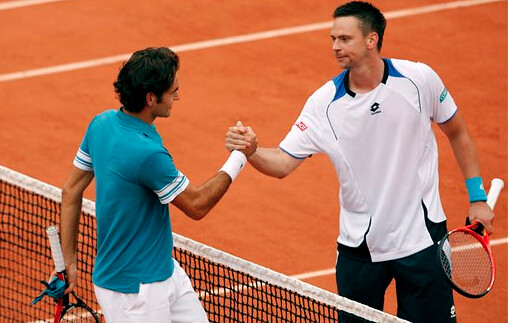 Peter Bodo, in his blog at Tennis.Com and a story he titled, “K.I.S.S. Revised” (the KISS stands for Keep It Simple, Soderling), added:  “The main difference, in the big picture, was that Soderling reached out aggressively to take the match, and he did that from start to finish. Meanwhile, Federer did a fair impersonation of Hamlet, his game fading in and out like the signal from a distant radio. More and more, it looks as if Federer is not really playing to win, the way a Soderling is in these upward arcing days of his career.

“It seems that Federer is playing not to lose. He’s doing a fair job of that, hanging in, fending off, snarling and snapping like a captive wolf in a cage. But Federer doesn’t seem to seek the freedom represented by victory, or triumph over his captors and adversaries. He doesn’t appear to want to attack, break through, run like the wind and distance himself from his tormentors.

“The question, going into this event, was whether Federer would muster the focus, hunger, and determination that seems to have been in remission since he won the Australian Open. Did he have a stock game for most tournaments and a custom one for majors? Unfortunately for Federer, Soderling was the most dangerous of opponents to entrust with those questions. He asked them all, and we all saw the answers.”

The final question, of course, is this: Who will win on Sunday? If Robin meets Rafa, can last year’s tormentor, who inflicted RN’s first-ever loss at the French Open, win again? Given his thrashing of Roger, will Soderling’s all-power assault once more punish Nadal? Consider that the 6-foot-4 Robin is at his all-time peak in world ranking (No.7) and confidence. Or will Rafa, now fully-healed of injuries and having won three Masters Series clay-court events leading to Paris, avenge his 2009 loss to Robin? 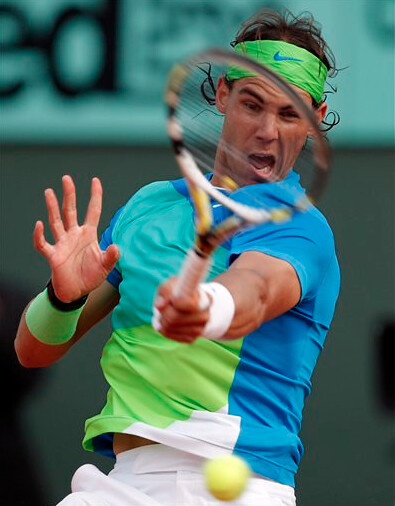