If Rafael Nadal were a battery, he’d be The Energizer. He’s a Bulldozer with a Porsche engine. He’d mash through dirt like a tractor—in high speed. If he were another being, he’d be Tiger Woods-mentally-strong—minus the sex. He’s Arnold Schwarzenegger-muscular wearing Usain Bolt’s Puma. He’s an SUV 4-wheel-drive with the adroitness of a Mini Cooper. 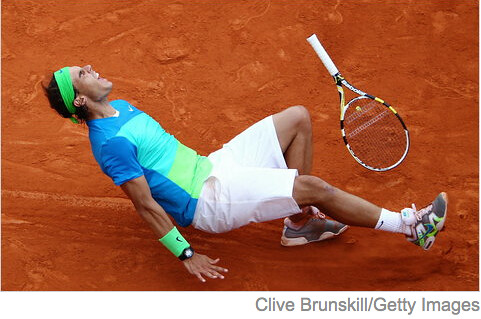 Rafael Nadal is not the greatest ever to have gripped a tennis stick. That title rightly belongs to Sir Roger Federer. But, when we speak of mud, sand, le terre battue, soil, the red clay, the rectangle on Stade Roland Garros named Court Philippe Chatrier, nobody, nobody but the right-handed left-hander is better.

Peter Bodo, the famed tennis columnist, calls him “The Specialist.” He’s no General Practitioner Doctor; if Nadal were a physician, he’d be The Specialist, a heart surgeon, possibly, whose expertise and acumen is unmatched from Chong Hua to St. Luke’s to The John’s Hopkins to Cebu Doc.

“Never,” said writer Jon Wertheim of Sports Illustrated when asked if he has seen a better clay-court player. “Nadal comes off as a laid-back guy. He doesn’t say anything provocative on purpose. But mentally he’s a beast. This was a revenge match for him, whether he wanted to admit it or not. It must be so demoralizing to play against a guy who’s so much better defensively and just chases down everything. You could see it in the match today but you see it every time he plays. He beats you down mentally as much as anything he does physically.”

Take, as an example, one point in last Sunday’s final against Robin Soderling. They name it the Point of the Match. I call it the Moment of the Tournament. Having won the first set, 6-4, Nadal was down a break point trailing 0-1 in the second set. If Soderling wins the point, he leads 2-0 with the pendulum called Momentum having shifted to the Swede. In that point, Soderling hits a bullet crosscourt backhand to win the point! The crowd gasps, applauding. Game, Soderling!!! It’s 2-0. But, wait. Nadal sprints all the way left, his body no longer seen on TV because he’s so far off the court; inexplicably, he retrieves the ball… the point’s still alive!!! Soderling is in disbelief, yet still attacks. Nadal is defensive. Then, a shot here and there after, Nadal is on the offense, attacking the net, capturing the point with a deft drop volley. In one single episode, Nadal transforms a sure break point to A Broken Soderling: From that point on, Rafa wins six of the next seven games to win Set Two, 6-2. Minutes later, dejected and tired, Soderling quits. He loses the third, 6-4.

Do you feel like the best ever on clay now? Nadal was asked in the post-match press conference.

“No. No, I sure that the numbers are unbelievable for me, no?” he answered, making sure to say “No” thrice. “I never thought to have the chance to win this tournament, five titles, five times or Monte Carlo six or Barcelona five, I think, too, or Rome for me five. For me, that’s more than a dream. When I see these titles and these numbers, for me is amazing. I don’t know how I did.”

We can enlist a slew of adjectives about the five-time French Open champ—this King of Clay applauded by the Queen of Spain—adjectives like “relentless,” “sturdy,” “unyielding” and “valiant,” but here’s one more I’d like to stress: “humble.”

Isn’t this delightful? Against the backdrop of an egoistic jerk like Floyd Mayweather, Jr., you’ve got Nadal. And Federer. Two No. 1s, two gentlemen. 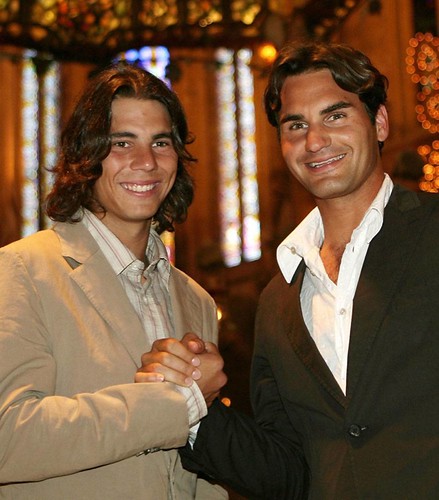