Forget Boston, Los Angeles, the NBA. Disregard Wimbledon’s June 21 start. Don’t mind the US Open, which Tiger Woods plays at Pebble Beach next weekend. Beginning last Friday until tomorrow and ending on July 11, all the world’s 6.8 billion people will be glued to one sport: kicking. For no game or gathering draws a more riotous and impassioned following than the FIFA World Cup. Here’s a spectacle that doesn’t happen each Sunday, month, or year. Only once every 48 months do these 32 top soccer-crazy nations gather to goal, juggle, slide, pass, scream… while we all scream.

South Africa? Having had the privilege of traveling to New York, Paris, Singapore and Russia—it is the one nation I would love to visit more than any other. For in South Africa, it’s not about one dark color called black. It’s about a rainbow, a spectrum of colors. Red. Yellow. Blue. Green. It’s about our black brothers who’ll be welcoming, on their shores and in our TV sets, Earth’s people: whites, South Koreans, the defending World Cup champs from Italy, the latinos from Brazil… 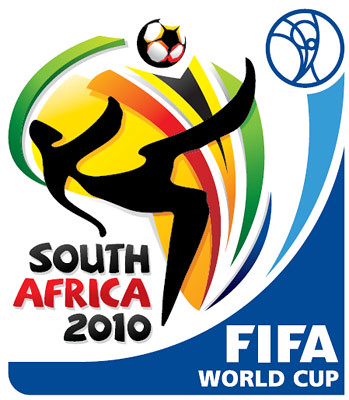 The World Cup is THE world’s cup. From its first name alone, “World,” it stands as a tournament that draws one planet, spread by oceans and differentiated by skin colors, to be one united human race. To borrow the theme of Rotary International this year, “Bridging Continents, Building Communities,” that’s the same goal of this sport that scores goals: To bridge continents, to build football and peace-loving communities.

Why is football the world’s most beloved game? I’m happy my colleague Noel Villaflor is back. No better football player in our Sun.Star lineup—and more savvy a writer on soccer—than Noel. And so I speak more about Time magazine, featured yesterday by Noel. Here’s a paragraph from their cover story, “The Global Game,” written by John Carlin, sub-titled, “The Game You Can Play Anywhere.”

“How did the World Cup become the species’ favorite pastime?” wrote Carlin. “Why do more people spend more time watching or playing soccer than they do engaging in any other social activity, with the possible exception of eating and drinking? Why are those who play it best venerated for their skill and adopted as warriors, or armies, in tribal causes — be they national or local? Here’s one reason: the game is just so accessible. You can play anywhere: on grass; on cement; on dusty, stony ground; or even (as pained mothers the world over will attest) inside the house. The basic rules are simple, and you don’t need any kit or equipment beyond a round — or even roundish — object of not necessarily fixed size. It can come manufactured (a tennis ball often does the job) or may be fashioned out of animal bladders, stones, socks or plastic bags.”

Football is the game for the masses. While Lionel Messi, who is called ‘the god in soccer’ by fellow player Eto’o, earns over $100 million, anybody who can kick and run can play football.

Jabulani? Ever heard of it? In Zulu, the most widely-spoken language in South Africa, it means “rejoice.” To footballers, it means another: it’s the new ball designed by Adidas that will be used this month. While some critics dislike the new ball, it looks fantastic. I’m sure it will be a hit!

The best news for Cebuanos? SkyCable, through its aptly-named “Balls” channel, will be showing the games “live” in channel 33. While first I thought they’d be charging extra for the month-long coverage (like they do with M. Pacquiao fights), it’s all-free, all-access, all 64 games until July 11. This means that, unlike before when we had to troop to Badgers and endure smoke-infested bars, this time, we can cheer and toot the vuvuzela at home.

Here’s even better news: the time schedules. In 2006, the World Cup was played in Germany and we had to watch early… early mornings! Not now. The schedules are perfect for us: based on our RP time, Game 1 kicks off at 7:30 p.m, followed by a 10 p.m. contest, then 2:30 a.m. Which leaves us no excuse not to celebrate South Africa.