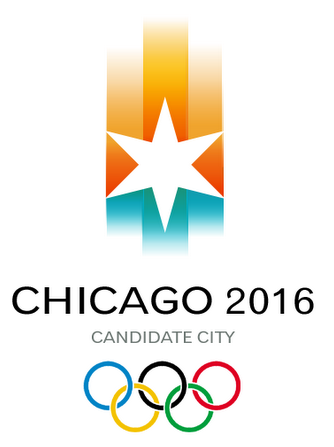 They are three of the most famous individuals among the estimated 6,785,975,546 people who inhabit this planet today. Barack Hussein Obama. Oprah Gail Winfrey. Michael Jeffrey Jordan.

One is television’s biggest superstar. The other is a global sports icon who is arguably, despite his having retired from the NBA six years ago, the most celebrated athlete in the world. The third member of the trio? Simply put, he happens to be the most recognizable and powerful person on earth.

The city that binds the triumvirate? Chicago.

The third largest city in the U.S., the “Windy City,” as it’s called, is home to many iconic landmarks: the Sears Tower, Lincoln Park, McCormick Place, Navy Pier and the United Center, home of the Chicago Bulls. But more than these monuments, the City of Chicago happens to be the home of the triad: Barack, Oprah and Michael.

Why this talk of Chicago and the Big Three? Because next weekend, on October 2, one of the significant decisions in the world of sports will be made: which city will host the Games of the XXXI Olympiad.

A total of four cities are the finalists for the 17-day sports meet of 2016: Rio de Janeiro, Tokyo, Madrid and Chicago. And, next weekend in Copenhagen, Denmark, the International Olympic Committee (IOC) will meet to listen to the host cities’ final presentations and make that momentous decision.

Will it be Brazil? Japan? Spain? Or the U.S.? We don’t know. According to many articles that I’ve read, there is no front-runner and the choice is “too close to call.”

Which brings me to Barack Obama. If the Chicago resident makes the Air Force One flight from Washington, D.C. to Copenhagen to speak before the IOC members—wow!—what a convincing moment that will be. For Obama is not only selling the country with the initials “U.S.A.,” he’s selling the same city that he calls home.

For now, the U.S. president says he won’t be in Copenhagen. Said IOC’s Rogge in an interview, (Obama) “explained to me the current political situation in Washington did not allow him to participate in the bid in Copenhagen. With a sense of humor, he said he’d send the best part of the couple… and that the first lady was the best stand-in for himself. He didn’t speak of coming himself.”

Michelle Obama, who grew up in Chicago and, on her own, mesmerizes worldwide audiences with her charm and smile, will give a compelling presentation to the IOC. That’s for sure.

But nothing beats The Man himself, President Obama. To me, his appearance will tilt the favor of the IOC decision-makers and make Chicago the winner. History backs this theory: Tony Blair and Vladimir Putin personally attended these same IOC meetings years back and, as reward, got their London and Sochi cities to host the 2012 Summer Olympics and the 2014 Winter Games.

Add Michael Jordan to the mix. Imagine MJ and Obama, two six-footers standing side-by-side, grinning ear-to-ear, posing before the IOC delegates as dozens of camera flashbulbs illuminate their faces? That will be stunning. A doubles combination that will charm, dazzle and enrapture the IOC.

Finally, add Oprah Winfrey to the fray, for her to speak one-on-one to her multitude of fans among the IOC group.

I hope Obama attends. Same with MJ. And Oprah. In the same way that, years back in Olympic basketball, when Michael Jordan, together with Larry Bird and Magic Johnson, clobbered their opponents, this trio will have the same winning effect. Their name? The Dream Team.