Vacationing in the paradise island of Hawaii with his wife Kris Aquino and children Baby James and Joshua, the former Most Valuable Player was absent in the PBA vs. Cebu basketball game last Monday night at the Cebu Coliseum.

James Carlos Yap, Sr.’s team, the Purefoods Tender Juicy Giants, was up against the Michel Lhuillier-owned M. Lhuillier Kwarta Padala-Cebu Niños. Having not watched a live PBA encounter in over a year, how did I find the ballgame? 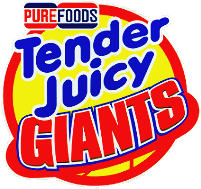 On the very first two points of the game, Niño Cañaleta of Purefoods stood below the basketball ring when he grabbed the ball with both oversized hands, vaulted up to the sky and slammed it with a two-fisted dunk. BOOOM!!! That rocked the Cebuanos. That start jolted Yayoy Alcoseba, the bemedalled M. Lhuillier coach and Cebu City Councilor. That part was titillating.

The game was close. At the end of the first quarter, the Niños led 15-14. In the second quarter, it was the same. Purefoods would take a two point lead as the Cebuano squad would tie the game and take the lead themselves. It was a see-saw, you-score-I-score-next performance. And this happened for the first 35 of the game’s 40 minutes until the last 300 seconds when, pressured by the thought of a possible defeat, the PBA team re-energized to win, 73-65. That was interesting. That, the crowd enjoyed.

Also, the sight of amazing plays electrified the public. There was Stephen Padilla, though closely-guarded, firing his three-pointers from beyond the NBA-three-point line. Marc Pingris, the former Cebu Gems star, performed his own acrobatics with a slam dunk. There was June Simon and Cebuano Roger Yap. They wowed the audience.

But my favorite player? The little man, Woodrow Enriquez. He’s pint-sized and was dwarfed by the 6-foot-6 Don Allado and the 6-foot-5 Cañaleta but, in terms of speed, nobody can outsprint the Lhuillier point guard. On fast breaks, he’d zoom past defenders and make a behind-the-back pass. He’s flashy. Like The Flash.

Unexciting? Why did I find the action flat and uninspired?

Maybe because I compared the Cebu Coliseum atmosphere to the CESAFI Finals. Last Monday, while the Lower Box seats were 80 percent full, the top-most bleachers were, in my estimate, less than half-full. And this was a PBA exhibition game? Aren’t these games supposed to elicit SRO encounters?

Unlike the Cesafi Finals, for example, where the 8,000-capacity arena is usually chock-filled with students clapping and drums beating, the PBA-Lhuillier game wasn’t as loud. The arena never rocked. Tremors did not shake our seats.

Then again, it might be unfair to compare both experiences since last Monday’s was only an exhibition. Still, to me, the PBA is the Phil. Basketball Association. It should have been full-packed. It wasn’t.

Which brings me to Mr. Kris Aquino. Had the brother-in-law of Sen. Noynoy Aquino showed up, I’m sure the atmosphere would have been exhilarating. To my observation, having no James Yap is like a Cleveland Cavaliers team minus LeBron James or Kobe not suiting up for the Lakers. That’s what I saw last Monday.

Which brings me to this Monday. It will be the fourth time in several weeks when a PBA squad will play the M. Lhuillier squad. A few weeks ago, it was the San Miguel Beermen. (I heard that game was jampacked.) Next was the Alaska Aces. (That one, I gathered, had the fewest spectators.)

This Monday, Sept. 21, at 6:30 p.m., I expect possibly the biggest crowd in attendance: it’s Cebu vs. the Barangay Ginebra Kings. Given that Ginebra is one of the (if not THE) most popular squad in our archipelago, this one will be impressive.