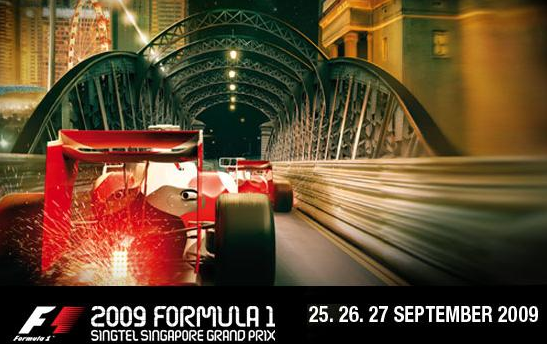 If you’ve ever been to The Lion City, this you’ll notice: There is more thrill and action at night than when the sun is out.

Consider the famous Clarke Quay. Located along the Singapore River, it houses five blocks of old warehouses that have been transformed into restaurants and nightclubs. Or the shopping street Orchard Road. With dozens of mega-malls ranging from Ngee Ann City (Takashimaya) to Paragon to the newly-opened Orchard Central, night-shopping is a Singapore must.

There’s the Merlion, a symbol of The Lion City, which glows when fully-lighted. Same when you visit Sentosa Island and watch the multitude of evening shows. Visiting this December? Perfect! Their streets glow with millions of shining Christmas lightbulbs. And, of course, there is the renowned Singapore Zoo where a plethora of tourists visit the Night Safari—the world’s first night zoo.

Plus, to top all these, Singapore, for the first time, will soon open two gambling casinos in the Marina South and Sentosa areas—a further boost to tourism dollars and a strategy to lure high-rollers away from the Asian gambling capital of Macau.

You see, in this tiny nation of only 4.86 million, night is money. Night is hoopla. Night is entertainment and spirit and thrill.

Night is also this: The 2009 Formula 1 Singtel Singapore Grand Prix—the first-ever F1 race in history to be contested after the sun departs the skyline.

The F1 Singapore speed contest began 12 months ago. Tonight, at exactly 8 p.m. (Singapore/RP time), the Marina Bay Street Circuit will once again roar and thunder as cars turn, screech and zoom at speeds in excess of 300-kph.

What’s fascinating about this race is, just like in Monaco, the racetrack isn’t of Indy 500-type where the engines circle the racetrack 500 times. Ever the pioneeers, the Singaporeans ensured that this route would be different. And unique it is. Because of the F1 races in Asia that include Malaysia, Shanghai and Suzuka (Japan), it is the first to be raced on the street road.

These roads are in the Marina Bay area and, if you’ve ever been to Singapore and seen the durian-shaped performing arts center named Esplanade, that’s where the action will take place tonight. The circuit length is five kms. and, with 61 laps, the entire distance to be covered is 309 kms.

I’m happy to report that I’ve ran, with my own two legs and knees, these roadways. No, this did not happen yesterday—but last December when 30 of us from Cebu joined 50,000 other runners in the Standard Chartered Singapore Marathon.

Back to this Friday-to-Sunday revelry: it won’t be all-racing, all-weekend-long. Singapore metamorphoses into an entertainment mecca where an estimated 200 performers will, according to the Singapore F1 website, “strut their stuff around the spectator areas of the Maria Bay Street Circuit… (this) will leave spectators breathless as they soak in a day-and-night multi-sensory experience.”

Who stars are performing? The Backstreet Boys, Chaka Khan, Travis and Youssou N’Dour plus many more that will include top DJs and large-scale theatre acts. Said Colin Syn, the race’s deputy chairman, “With our mixture of enhanced on-track action and the ultimate music event, we are creating a must-go party for race ticket-holders.”

Amazing action! You bet I wish I were there to revel in the flurry and energy. And though I’m no big Formula 1 fanatic like Oscar Suarez (who flew to Singapore the other day) or my uncle Jefren Pages, cousin Anton Pages, and friends John Cheu, Jess Garcia, Meyrick Jacalan and Jay-Jay Neri (who was there last year)—these guys never miss the every-other-weekend F1 races—this I’ll be doing tonight:

I’ll sit on my bedroom couch and log on to Star Sports as Ferraris and Mercedes‘ and Toyotas zoom like frantic bees on the TV screen. Watch it!