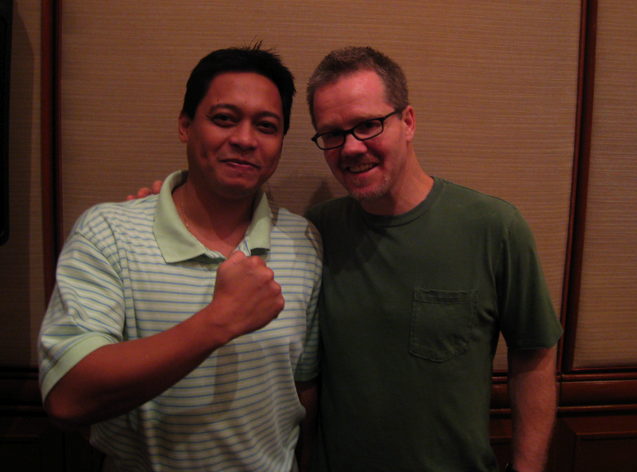 The Phil Jackson of boxing, the three-time Trainer of the Year who’s trained Mike Tyson, Bernard Hopkins, Gerry Peñalosa and actor Mickey Rourke, is “pissed.” They treat me, he says, like “sh*#.”

His nickname, interestingly, is “Choir Boy” and, since he’s done a duet with the Greatest Filipino Sportsman Of All Time, they’ve produced perfect music together. Diaz. Marquez. Barrera. De La Hoya. Morales. Hatton. Name it, the Pacquaio-Roach one-two duet today is like the Phil Jackson-Michael Jordan duo of the 1990s.

Unfortunately, today, Coach Roach is mad. He’s irritated. The reason? His prized singer has yet to decide—just 75 days before Nov. 14—where to train his brutal cords.

Uh, oh. Franklin Gacal, Manny’s lawyer, in the same article, said: “’It’s not only Freddie who’s trying to get it (training) started but us, too. But Manny’s too busy finishing his movie. We, including Mike, never fail to remind him of his commitments on and off the ring,’ said Gacal. ‘But he’s the boss. He makes the decisions. You know Manny. Freddie knows Manny.”

The Boss. Yes. We all know. Manny, like his top benefactor Danding Cojuangco, is The Boss. Still, if you’re Coach Roach, won’t you be enraged? And doesn’t this “When will training start?” question come up each time Pacman fights? 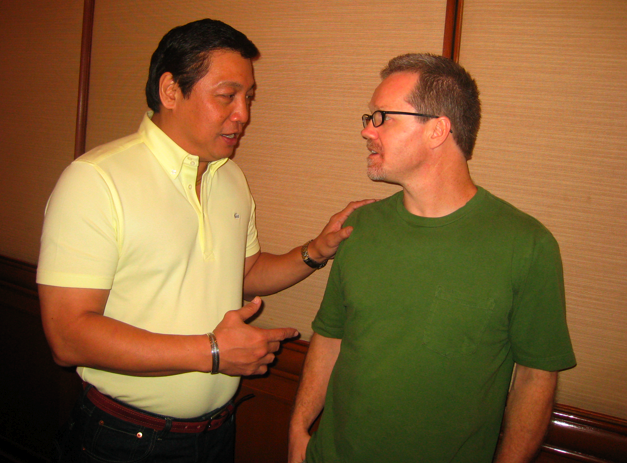 It does. Now, the past few fights have been unproblematic. Manny has trained at the Wild Card Gym in Los Angeles. Only now, there’s a complication: Pacman is forced to seek another country to train at owing an Internal Revenue Service provision stating that, if violated, Manny will pay millions in taxes to the U.S. gov’t.

Where does Manny want to train for five weeks prior to L.A.? The City of Pines. Of Baguio, “I think its too many distractions for him,” said his trainer in Fighthype.com (Nick Sanchez’s piece, “Freddie Roach: I Hope That Manny And His Crew Wake Up”). He adds: “This is the toughest fight of his life. Cotto’s a big 147-pounder, strong guy, beat Shane Mosley, a speed guy like Manny; he nullified Shane’s speed with his own speed. People tell me he’s slow, but I disagree. He’s a tough, tough fight for us. I hope that Manny and his crew wake up and smell the coffee and get to work on picking a place so we can go to camp as soon as possible.”

Roach is concerned. He remembers training in Cebu for Marco Antonio Barrera. If you recall, it was exactly two years ago when Manny trained at the Wakee Salud Gym in Labangon.

Was he distracted here? Sure. We sportswriters played basketball with him every Sunday. He’d hop on a plane and jet to Manila on some weekends. His buddies Dennis Padilla and Long Mejia spent weeks here doing we-don’t-know-what-comedy. And rumors circulated that Manny, staying at the Waterfront Cebu City Hotel and Casino, would stay up past midnight to roll the….

“The Governor,” added Roach, without naming names (though it’s obvious it’s not Gov. Gwen but someone named Chavit), “might fly him out during the weekends.” Is that a certainty? Certainly.

So, where does Roach prefer to train? In Mexico. “It’s a training camp. It’s a business. That’s why you’re there. We don’t need vacation areas with tourists watching us and so forth.. it’s a beautiful gym. They have a beautiful facility up there owned by the gov’t. It’s well-protected and a 5-star hotel is 20 mins. away from the gym. Everything is right there. They have unbelievable hills; they go from 10,000 to 14,000 feet above sea level. I’m not a big altitude guy on altitude training but I’m used to seclusion and getting your mind on the fight is what I want and I don’t think he can do that in the Phils.”