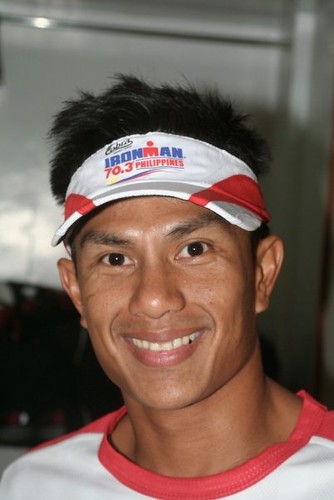 Sunday last week, over 550 participants from 23 countries joined the Ironman 70.3 race in Camarines Sur. That’s a 1.9-km. swim, a 90K bike and a half-marathon (21-km.) run. Of all the Filipinos who participated in that triathlon, one man crossed that finish line first: Nonoy Jopson.

How different, I asked Noy, was this race compared to the others he’s joined before? “It was one of the best organized races I’ve done,” Nonoy replied. “There were buoys and inflatables all over the swim course, marshals in the bike and run, aid stations were stocked with Gatorade, water, fruit, gels, sponges, you name it. On the run, in that heat, having the aid mostly every 1K saved my race and, I’m sure, the races of so many.

“Before and after the event, everything was top-notch. The Ironman 70.3 people had booths in all the airports, they tag your bags from Manila and take care of check-in; transport service to CWC venue to other hotels and the city, 6am to 10pm. The buffet meals were prepared by Melo’s and Florabelles with fine dining chefs and even Wagyu beef on the menu!” 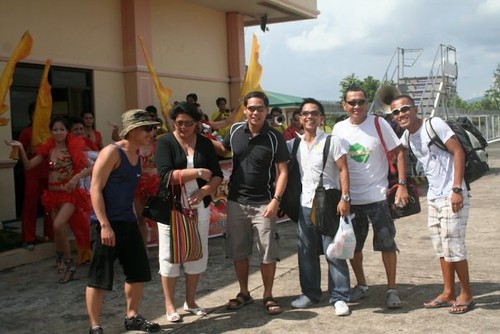 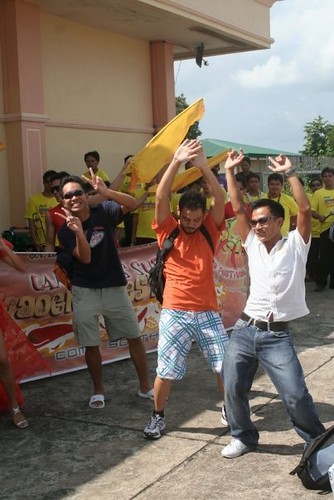 Noy, who sent me a four-page long email loaded with details of his experience, told me that as a journalist I would have loved the Alaska Media tent. Why? They had plasma TVs, Wi-Fi, computer workstations, huge plush couches you can sleep on, flowing coffee, sandwiches. And, Noy added, “on race day, they even had free halo-halo and mais con yelo for all the spectators!”

Camarines Sur, now the country’s No.1 tourist destination (beating Cebu!), rallied behind this event like no other, Noy said. “When biking the course one week before the event, a friend was slightly annoyed at this vehicle tailing him, he turns to stop, they stop and said “Nahulog po ang waterbottle nyo mamang Ironman.” Handing him the bottle he didn’t even realize it fell, God knows how many kilometers that van chased him for it. They wave goodbye, and the van makes a u-turn to proceed to it’s destination, clearly it went out of it’s way just to retrieve the bottle for him.” 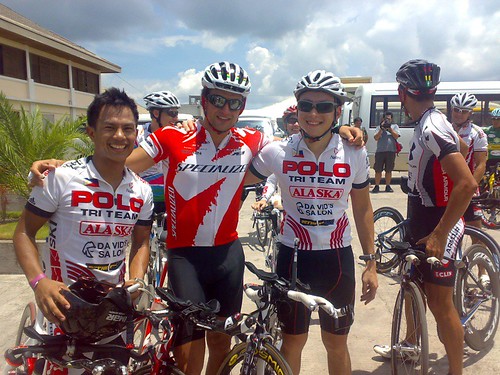 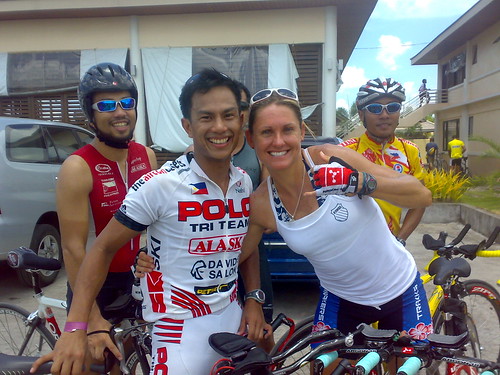 “When you pass by schools or any major town or populated area on race day, people wear bright costumes, have drums and everything else they can bang on, marching bands, magorettes, pom-pom girls, models that would rival Wowowee dancers, school children waving Ironman 70.3 Phils., Cobra, Gatorade, Timex and Alaska flags, homemade signs of the foreign pros and “Go Pinoys! Arland, Noy, etc.” As an athlete, I’ve never experienced anything close to it. It was like the Tour de France mountain stages.

“And in the end, after the awards proper, Gov. Elray really knows how to throw a party! We had group dancing, 70s and 80s music, all the athletes, guests and sponsors all having the time of their life dancing to the tune of “Dirty Dancing.” 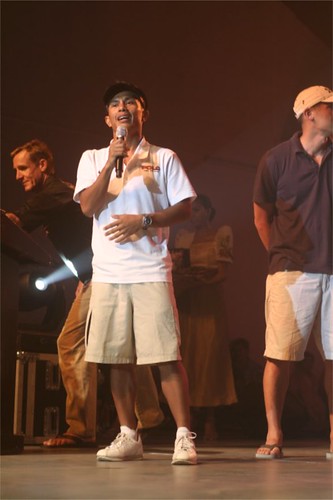 “Even the other pros, Macca, Rezzo, Cam, Lisa, Bree would say it’s one of the best races they’vedone. And the number one thing that makes it so is the people—the Filipinos, especially the people of Camsur and Bicol.”

What did you get to talk about with world champs Macca and Bozzone? “Lots of things, training, bike tech, Pinay girls, they’re just like us, you know. Bozzone is nice and quiet. I’ve only met him now, Macca more extroverted, kinda like me, we reminisce about Amale and I watching him win his first World Title in Perth 1997 and seeing him again in San Jose. Brown remembers that we were roommates in Hong Kong Tri and partying in Cebu after winning the Timex Intl. Triathlon 12 years ago. Were all Facebook friends now. Hehehe.”

What’s next for Noy Jopson? “Almost as an afterthought as it was totally unexpected, and with the help of Alaska and Timex, I’m going to the World Championships in Clearwater, Florida this November 15, amazingly, 12 years after my one and only World’s Appearance at the 1997 ITU World’s in Perth where I finished 22nd in my age-group.

“Anything after that, our local races, running, triathlons, cycling (which I tend to do a lot since I enjoy it so much) is just a fun way of keeping in shape while thinking of next year’s Cobra!”

Final message from Noy: “I’d like to thank all the people that made this event possible all the marshals and volunteers, the people of Camsur, Extribe, the sponsors, and especially Fred Uytengsu and Gov. Elray Villafuerte. They have produced a memorable, world class event, right at the start. I will surely be training specifically to win the Cobra every year. 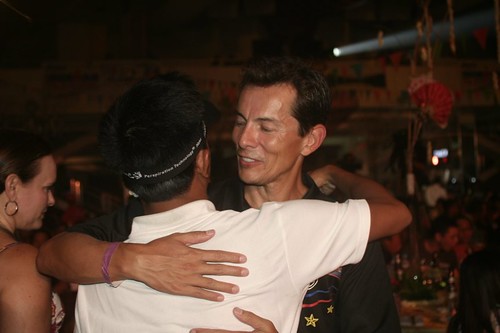 “I’d like to congratulate all the outstanding Pinoy triathletes most especially Peter, Ferdie, Noel and Arland for bringing out the best in me that day. I’m honored to have done battle once again with you guys. Thanks to the Polo Tri Team and all our sponsors, Alaska, Rudy Project, David’s Salon, Timex and Nike. All the Cebuano and Visayas triathletes who were rooting for one another!

“All my cycling friends in Cebu, especially RJ Balbuena. Most of all I’d like to thank my family: Amale, who has put up with me and supported me throughout the years while I’m chasing this crazy triathlon lifestyle; my mom who’s been my number one sponsor over the years; my aunts and uncles who came and watched the race. Cousin Redg and Sister Joyette who shared the Cobra experience with me and who have had their own amazing races as well. And finally the Almighty God, for answering my prayers.”