If you own a pair of jogging shoes, get them washed, ready, laced up. This Sunday, two events are running side-by-side: the M.O.V.E. 5-K Run and the 2nd Seminary Fund Run. But what sets these races apart from the rest is they’re not only about crossing the finish line—they’re runs “for a cause.”

Let me explain. When you join the M.O.V.E. Run to start at 6 a.m. at the Capitol grounds, you’ll be helping not just yourself with exercise—but also those Persons With Disabilities (PWD’s). 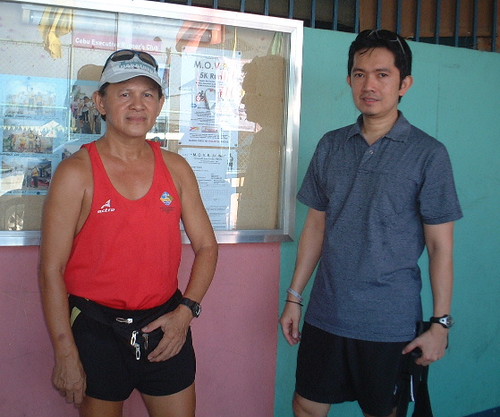 Dr. Renald Ramiro, the head of the Philippine Academy of Rehabilitation Medicine-Visayas, said, “PARM Visayas is launching its Advocacy on Exercise and the Welfare of Persons With Disabilities (PWD’s) on Dec. 2 in celebration of the International Day of Disabled Persons, celebrated on Dec. 3.

“Entitled ‘M.O.V.E. (Making Ourselves Vigilant to Exercise),’ this advocacy wishes to raise the awareness on the value of exercise and on the plight of our differently-able countrymen. The launch will feature a fund-raising 5K Run, which will form the PARM-M.O.V.E. Critical Illness Fund for PWD’s. This Fund will be used to help in the hospitalization expenses of our indigent PWD’s in Cebu.” 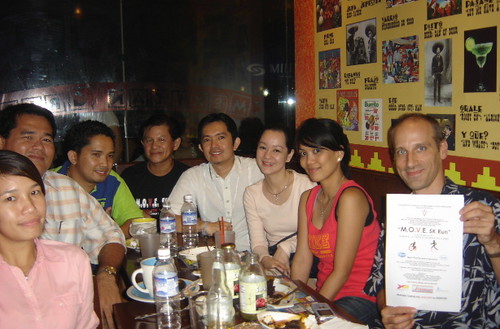 The rest of the organizing committee of the M.O.V.E. 5-K Run

On that same Sunday 6 a.m., another run will commence: the 2nd Seminary Fund Run, to start and finish at the Sumilon Road, Cebu Business Park. There are three categories—3-K, 6-K, 10-K—and the proceeds also go to a worthwhile cause: The re-roofing project for the 58-year-old Seminario Mayor de San Carlos building in Mabolo. Those interested may call 412-7248 or 0928-2813230.

MALAYSIA. Top sportswriter Marian C. Baring wrote yesterday that our junior tennis players are scoring aces in Selangor, Malaysia. I was with Mac-Mac Tabotabo (and his dad Titus and coach Dodong Ruelan) when we watched the Nadal-Gasquet match and with Jacob Lagman (with his dad Jess) at the Federer-Sampras game last week and they looked excited joining these overseas events. The Siso siblings, Nino and Em-Em, accompanied by their mom Sally, are also in Malaysia and beating their same-age counterparts. 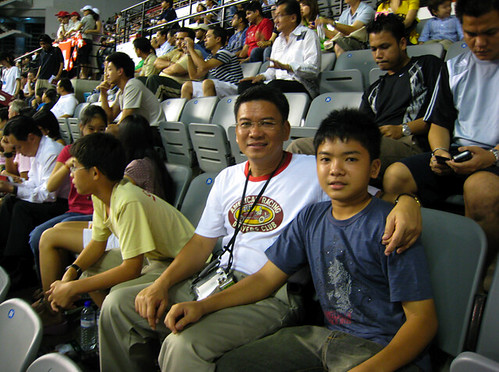 Jacob (right) with his dad Jess watching Federer and Sampras 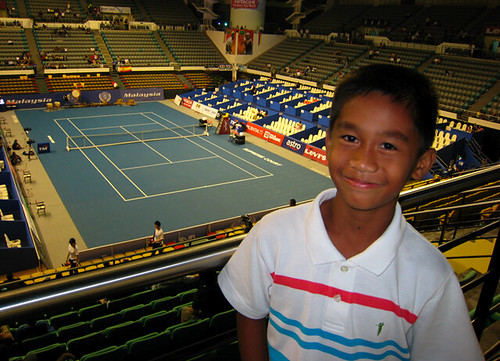 BOOM-BOOM. Only five days left before Rey Bautista, AJ Banal, Michael Domingo and a few others from the ALA Gym fight at the Araneta Coliseum. This is exciting. I saw Boom-Boom last Sunday near the I.T. Park at 1:30 p.m.—under the heat of the midday sun—running wearing a sweater and jogging pants. We wish Boom-Boom good luck! It’s also big news that Z Gorres will fight Vic Darchinyan on February 2—not in Las Vegas—but here in RP soil, either in Manila or Cebu. After seeing Pacman early this year in Manila, then Boom-Boom this Sunday, next up is Z—what a treat for local fans. 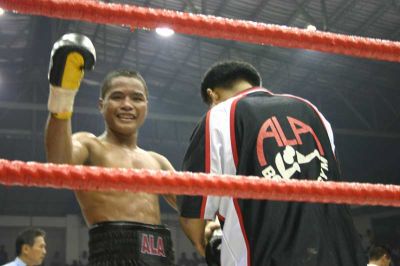 SAMPRAS WINS. He lost in Seoul and in Kuala Lumpur, but Pete Sampras rebounded by beating Roger Federer, 7-6, 6-4, in Macau. Did the Swiss hand a “Christmas gift” by losing to his American mentor? Maybe. Maybe not. But after watching Sampras last week, this I can conclude: His serve is still Wimbledon material. He routinely clocked above the 200-kph range and, once, hit a 220-kph ace. With that speed and his precision volleys still intact, he’s hard to break. Now if only, like Michael Jordan, he’ll return to the ATP Tour…

TRAVEL TIP. Last week, we spent four days in Kuala Lumpur and two in Singapore. What tip do I highly recommend? The bus trip from KL to Singapore. Yes, it’s five hours long (and costs P1,000/person) but, with seats that you can almost-fully recline and TV monitors for each passenger, it’s relaxing. I especially recommend it to those traveling via Cebu Pacific. As you know, Cebu Pacific doesn’t have direct flights from KL to Cebu so taking the bus to Singapore then flying from there straight home was a wise move. 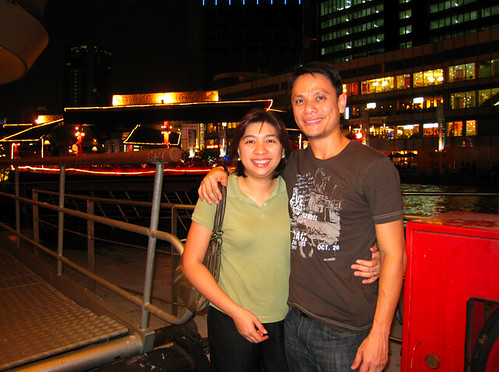 That’s me and Jasmin in Clarke Quay, Singapore 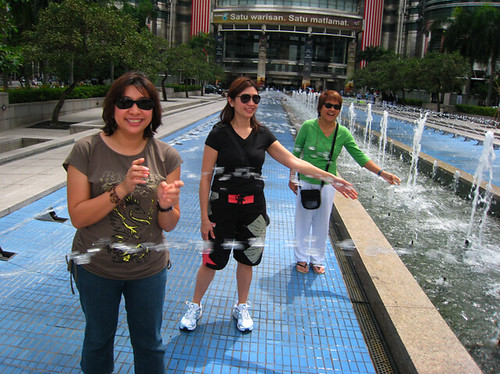