ALMOST. Just one game shy of carving it’s name in history, just two half-times away from becoming the first provincial team since 1957 to win an RP crown, just four basketball quarters away from arriving home to Cebu and carrying a banner that reads “NATIONAL CHAMPIONS” then driving to a motorcade along Osmena Boulevard amidst a thunderous rain of confetti—the University of the Visayas lost. 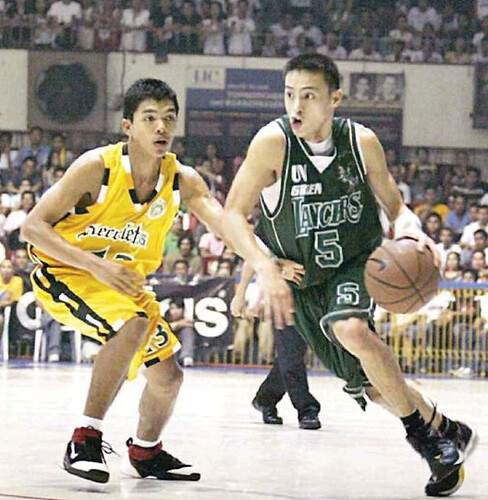 But UV didn’t lose. Yes, the score read 71-54 in favor of the Ateneo de Manila University (ADMU) at the Collegiate Champions League, but the UV Green Lancers are—in my book and in the eyes of all Cebuanos—still winners.

For how can you be declared a loser when you bested all the other collegiate teams in the nation except one? Thus, Cebu should continue to declare the seven-time CESAFI champions…. The University of Victory.

At 5:30 p.m. yesterday, I turned on the TV and switched to the Basketball TV channel. The halftime score between this “Luzon versus Visayas” encounter read that Ateneo led by a mere six points. That’s not too far, I thought. UV still had a chance…

But when the 3rd quarter began, UV slipped farther and farther behind. By the start of the final quarter, they were down by 11 points.

The culprit? UV’s tall men. Matching the two teams height-for-height, UV wins. There’s Greg Slaughter, standing 6-foot-11. There’s Rino Birami, who towers at 6-foot-8. These twin towers ought to be unstoppable. Like the Houston Rockets days of Hakeem Olajuwon and Ralph Sampson in the mid-1980s or the David Robinson and Tim Duncan duo a few years back at the San Antonio Spurs—I expected Cebu’s Twin Towers to be unstoppable. 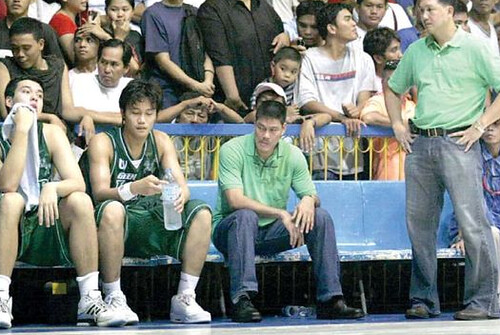 They weren’t. Instead, the player who couldn’t be stopped came from Ateneo. His name: Rabe Al Hussaini. Yesterday, when I read the newspaper articles about the UV vs. Ateneo clash, I could hardly locate his name. From Ateneo, names like Chris Tiu, Eric Salamat, Ford Arao, and Zion Laterre were prominent. But at last night’s championship game, the player who stood tallest? Rabe Al Hussaini. He scored 23 points and towered much taller than UV’s Twin Tower.

Chris Tiu? Ateneo’s star player? He scored only 11 points but collected six assists and, would you believe from a 5’10” point guard, 12 rebounds. Yes, no misprint there: 12 rebounds.

You see, this championship game brought a lot of history. In last night’s encounter, the two-worded big question was, “What if…”

Exactly 50 years ago, UV faced Ateneo in the same national collegiate tilt. Then, Rep. Eddie Gullas was the head coach, Jose “Dodong” Gullas was one of the players, and Eddie Cabahug (the father of current coach Elmer “Boy” Cabahug) was the team captain. In that 1957 final, UV won. 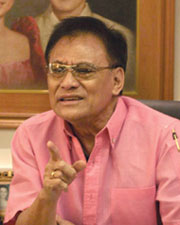 Half a decade later—last night—what a story it would have made had the Green Lancers pierced the wings of the Blue Eagles and won. Front-page, headline news, for sure.

But let’s not dwell on the past. What’s important is that UV did Cebu and the Visayas proud.