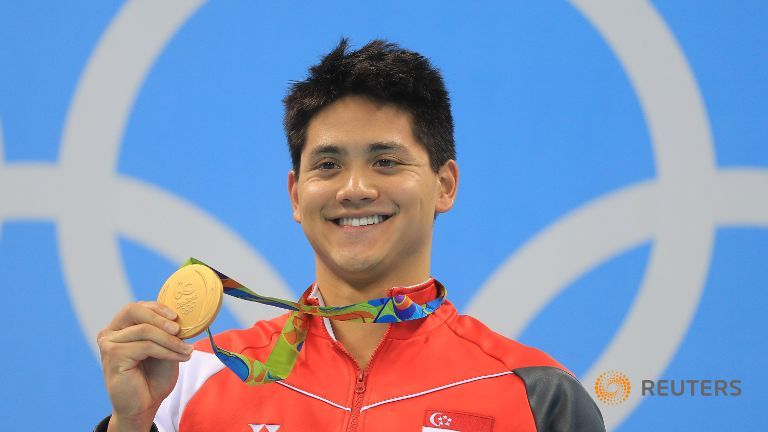 In sports, because Singapore’s population is a measly 5.5 million (of which only 40 percent are permanent residents), they have not achieved as much glory as, say, Japan or South Korea. This is understandable because Japan, with its 130 million residents, is huge. Japan has accumulated 142 Olympic gold medals and 439 total Olympic medals. South Korea (population: 50+ million) is equally impressive; it has garnered 90 gold and 264 total medals in the Olympics.

Back to Singapore: Prior to the Brazil Games last month, our ASEAN neighbor had won a meager four medals: three in table tennis and one in weightlifting. Their four Olympic medals were nothing to brag about compared to the nine that our Philippines won and the six that its next-door neighbor Malaysia won (prior to Rio).

But what a difference one event makes. All it takes is 50.39 seconds to change everything. That’s because, last August 12 during the 100-meter butterfly finals, Joseph Schooling became its nation’s first-ever Olympic gold medalist.

Today in Singapore, Joseph is a national hero. If Brazil has Neymar and the U.K. has Andy Murray and Australia once boasted of Ian Thorpe (and we, obviously, have Manny Pacquiao), the Republic of Singapore has their hotshot.

What makes his achievement even more astounding were numerous things. He defeated Michael Phelps, the greatest Olympian ever, handing the American his only loss in Rio. And his time of 50.39 was not only an Asian record but also an Olympic record.

Three days after his golden performance, he arrived in Singapore to a welcome never seen before. Prime Minister Lee Hsien Loong took a selfie with him, saying “Usually people ask me for selfies, but today I felt so proud to ask Joseph for one!” He was exempted from the mandatory four-year military service. He received one million Singapore dollars (or P35 million) as monetary reward.

Hundreds of fans waited for six hours at the airport last August 15 to welcome him. The TV screens at Changi Airport changed from showing flight schedules to announcing the words, “Thank you for making us proud.” Hundreds carried flags, signs and banners.

And Joseph Schooling is only 21.

Schooling was born and raised in Singapore. His amazing story started at the age of six when he was told about the story of his grand-uncle Lloyd Valberg — who happens to be Singapore’s first Olympian (1948 London). Inspired by that revelation, he tells his dad Colin that he wanted to be in the Olympics.

He trained in Singapore. A life-changing moment in his life happened in 2008. That’s when the US Olympic team visited Singapore and he had an iconic picture — the then-13-year-old boy beside a shirtless, off-the-swim Michael Phelps. The next year, at the age of 14, he moved to the US for more extensive training. His high school: Bolles School in Jacksonville, Florida. (I have fond memories of that school because two Decembers ago, when I joined the Jacksonville Marathon, it was in that campus where we started and finished the 42K race.)

After Florida, the six-footer moved to the University of Texas, where he now studies college (incoming junior).

Speaking of college and prize money, there’s an NCAA ruling that prohibits their collegiate student/athletes from receiving prize money because of their amateur status. But there’s an exception for Olympic medalists: if the athlete’s country of origin rewards the prize. In this case, it’s one million (Singapore) dollars — the largest Olympic prize money offered by any nation.

Congratulations, Singapore. I can’t wait until our Philippines, an Olympic participant since 1924, wins its first Olympic gold.