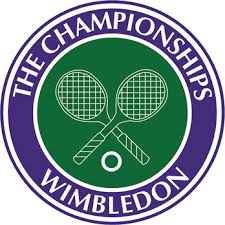 What a weekend for international sports! Brazil hosted four sets of World Cup quarterfinal games. Germany and Brazil are through. Early this morning, it’s possible that the Dutch and Argentinians advanced. What a final four. Neymar? That’s sad. I watched the replay of the knee kick to his back by Juan Zuniga and it looked intentional. Who flies on air with a knee bent straight to someone’s back? Neymar’s the best player and he was surely a marked man. Now, he’s out. Same with Thiago Silva. Too bad for the hosts. This might become a Germany-Argentina final next Sunday.

UFC 175: two main fights are scheduled and Chris Weidman and Ronda Rousey, the reigning champs, are expected to be triumphant.

It’s the Wimbledon final! Last night, Eugenie Bouchard battled Petra Kvitova. I’m biased. And so, if you’ve been following the green grass games, are you: I hope the Canadian 20-year-old won the final point. Isn’t she pretty? Very.

Tonight is the gentlemen’s final as two familiar foes meet. Like Chinggay Utzurrum and Michelle So, I hope Roger wins. And doesn’t he always win when Rafael Nadal loses early in the tournament? If you recall the French Open in 2009, Rafa lost early and Roger zoomed to claim the trophy. At Wimbledon, the two were slated to meet in the semis but Rafa was slain by the giant slayer Nick Kyrgios.

Roger will win because Wimbledon is his property. He’s won at the All-England Club seven times. If he wins tonight — the final is at 9 p.m., Phil. time — he will have amassed 18 major titles, tying him with Jack Nicklaus. Speaking of the American golf legend, he sat beside Rod Laver last Friday to watch the tennis festivities.

Federer has been playing superb tennis the past two weeks. And, in the only time the two met on grass, the Swiss beat the Serb — in the semis two years ago on Centre Court.

“Against Federer,” said Novak Djokovic, “the key will be to try not to allow him to dictate too much because he likes to be very aggressive.”

Roger’s reply? The same thing: “It’s really important for me to stay aggressive against him… Novak can hurt you down the line or cross-court on both sides. His forehand, his serve, his movement clearly is what stands out the most at the moment. He’s really been able to improve that and make it rock solid.”

What I like about Roger is that he’s attacking the net more. A gifted volleyer, this had often been the complaint against him in the past. Why doesn’t he move forward to finish the points up close? Thanks to his coach — one of history’s best volleyers, Stefan Edberg — the Swiss Maestro has been attacking. This will be a scintillating finale.

ENGLAND is busy this weekend because apart from tennis, it also hosts cycling and motor-racing. The Tour de France will have its first race not in France but in Yorkshire. The three-week-long Le Tour will include 21 stages and 2,277 miles of pedaling before the July 27 finish in Paris. Among the nearly 200 estimated riders, one man is expected to win. He’s a Brit and he’s the defending champ: Chris Froome.

Tennis and Formula One racing fans might probably be switching channels tonight as Silverstone hosts the Santander British Grand Prix. It’s the Golden Anniversary of Grand Prix racing in Silverstone. Watch for an Englishman with the initials LH to win the 50th edition.