If there’s one country I’d love to visit, it’s Down Under. Located down under our Philippines, Australia is famous for kangaroos, the Great Barrier Reef and open-sea swimming (plus the occasional shark attack), the Sydney Opera House, and this favorite pastime of Australians: sports.

Cricket. Rugby. Ian Thorpe. Soccer. The 2000 Sydney Olympics. Triathlon. Cycling. Name the sport and, chances are, some Aussie excels in that game.

Tennis? Absolutely. Let’s take Rod Laver. He’s considered the greatest tennis player of all time. (The photo I had with him many years back is one I’ll forever treasure.) He’s won the Grand Slam — all four majors — twice, in 1962 and 1969. Roger Federer’s never achieved a Slam. Same with Nadal. That’s why the center court of Melbourne Park is named after their best-ever. It’s called Rod Laver Arena.

It’s the 2014 Australian Open. It started last Monday and will shower all of us tennis aficionados with smashes and volleys for two weeks ending next Sunday.

It’s the first Slam of the season. It’s broiling. I checked the temperature reading and it exceeds 42 degrees. That’s sweltering hot; more roasting than our summer. Victoria Azarenka termed it “like you’re dancing in a frying pan.” The Canadian Frank Dancevic, who fainted midway through his match, warned: “It’s hazardous to be out there. It’s dangerous … Until somebody dies, they’re just going to keep playing matches in this heat.”

No wonder Rafael Nadal was sweating as if he emerged from the pool two nights ago. And that was a night match. If you saw that encounter against Bernard Tomic, you’d pity the young Aussie. It was billed as The First Round Match To Watch. It ended up being an easy walk in the Melbourne Park for Nadal. Tomic, the former world No. 1 junior, got injured. He lost the first set 6-4 and promptly shook Nadal’s hand while he limped.

I’ve had a few friends — Atan Guardo, Ernie Delco, Bacolod Mayor Monico Puentevella, Oscar Hilado of Phinma — who’ve watched the Oz Open and they swear it’s one of the best events to visit.

The fans are relaxed. Many are shirtless. Melbourne is relatively near Cebu. Ticket prices, compared to Wimbledon, are cheaper. And the people are friendly, smiling and sports-crazy. (Graeme Mackinnon will give a thumbs-up on this.)

Novak Djokovic is still the man to beat. He’s the three-time defending champion. Plus, in his arsenal this week, he’s included a familiar blonde: Boris Becker. It was a wonderful sight to see the German Boom-Boom sit in Novak’s coaching corner. As to how this partnership will transpire, we’ll see. But no doubt it’s a high-powered combination.

Andy Murray’s got Ivan Lendl. Federer’s entourage includes Stefan Edberg, his idol. This simultaneous entry of former No.1s is a first. It increases the public’s appetite for tennis. Imagine if, in the NBA, Michael Jordan coaches the Bobcats, Magic Johnson replaces Mike D’Antoni for the Lakers, and Larry Bird returns to coach Indiana.

More than adding star power to one’s team, the mentor’s entry helps the student’s mind: “If Lendl believes in me, then I CAN DO IT!” That’s what I imagine Andy Murray saying to himself. That’s why Murray won Wimbledon. And the Olympic gold. And the US Open. Belief. That’s what Lendl imparted in him. And no ordinary coach can provide this mental boost than one who’s been-there, won-that.

Among the ladies, Serena Williams is unbeatable. Unlike her sister Venus. Serena has now amassed 17 major singles titles and this stockpile will continue to increase. She feels young at 32. Her mind is as robust as her biceps. And she’s drawing closer to the all-time record (22 slams) of Steffi Graf.

As to doubles, we’re hoping that one player will go far in the draw: Treat Huey. We’ve watched the left-hander play in Plantation Bay Resort and Spa several times in the past. Last year, he came here three times during our Davis Cup ties. With partner Dominic Inglot, the No. 12 seeds just won their first round match. We’re hoping they reach the later rounds. 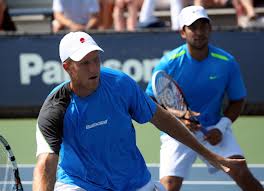 Back home here in Cebu, what’s best is the TV coverage. We get complete and live tennis action. If you’ve subscribed to High Definition — as Ronnie Pacio, SkyCable’s Visayas chief, reminded me last Monday — it’s even better. In channel 761, the clarity is amazing.

From windy Cebu, let’s enjoy the sizzling tennis in Melbourne.