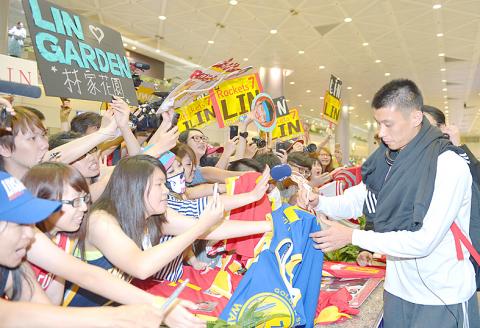 Taichung, TAIWAN — Jasmin and I are in this beautiful, must-visit metropolis of Taichung, the third largest city in Taiwan, next to Taipei and the famous Kaohsiung (bus). Will write more about Taichung in my business column this Thursday. For now, all the commotion here is focused on one celebrity: Jeremy Shu-How Lin.

Last Sunday, it was as if Manny Pacquaio were fighting Mayweather inside MOA Arena. Yes, that’s the hype and pandemonium surrounding the NBA’s first-ever star of Taiwanese descent.

While Jeremy was born and raised in California, his parents grew up in Taiwan before they migrated to the U.S. in the ‘70s. So you can imagine the ruckus and noise in Taipei upon the arrival of their very own son.

After the Houston Rockets defeated the Indiana Pacers at the MOA Arena last Thursday, the two teams flew to Taipei for their second encounter.

Unlike Manila’s, it wasn’t the first time for Taiwan to host an NBA pre-season game. Back in 2009, the Pacers played the Denver Nuggets. But, back then, while basketball was huge in Taiwan, it wasn’t gargantuan huge — as it is today because of someone named Lin. 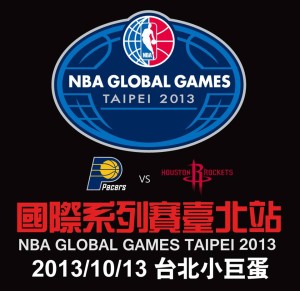 GAME. Taichung to Taipei is about 189 kms. in distance (or 58 minutes by the 300kph High Speed Train). I wasn’t able to make the trek to watch the ballgame last Sunday at 1 p.m., but I did get to watch the game (via Chinese commentary) on TV.

At the warm-up, all the TV footages were zeroed-in on their man. Upon the Rockets’ first-five introduction, James Harden was called first… Dwight Howard was second to the last… and, finally: JEREMEEEEE….. LINNNNN! screamed the announcer.

Unusual but necessary in this type of exhibition match at his home country, Jeremy was asked to speak. In Mandarin, he addressed the crowd like a rockstar hero.

Game on! Would you believe, in the first offensive attempt of Houston, guess who receives the ball and jumps to take the shot? And not just an ordinary jumper — but, right at the top of the key, a three-pointer…

Ringless! Jeremy Lin scores a 3! The 13,000 in attendance stand and wave their flags and go hysterical. This can’t be real! It is. As the game progresses, the unbelievable pressure imposed upon Jeremy is matched by his extraordinatry talent.

In one possession, Jeremy goes one-on-one as he escapes from his guard, flies on air and, with a tall defender fronting him, hurls the ball high up on the Taipei air as it floats, hits the backboard and swims inside the ring. In defense, Granger is rushing for a breakaway as Jeremy glides from behind and slams a fascinating block shot.

Another 3-pointer? Sure. This time, several feet behind the arc — he fires the ball and, like a magnet, it’s sucked into the goal. In all, Jeremy finished with 17 points, 4 assists, 3 steals, 2 rebounds and that monstrous block shot as Houston won 107-98. Superman drifted inside the Taipei Arena.

PAPERS. The next day (yesterday), as expected, the newspapers here published banner stories on their action hero.

The China Post, Taiwan’s leading English paper, had “‘Linsanity’ comes to Taipei” — not on the back sports pages but on the front page! In another paper, when you flip open the entire spread (think of the front and back pages of SunStar), it reveals a full-color, full-spread photo of their NBA treasure. To top it all, you know what movie is being shown in the theaters here? Sure, “Jobs” and “Gravity” are big hits, but one 88-minute biopic is also being broadcasted here.

The movie is about this obscure, frail, too-small-for-the-NBA Chinese player who graduates with a 3.1 grade point average in Harvard (Economics) and goes on sleeping in friends’ rooms because he can’t afford to pay for the hotel. Junked by the NBA, he doesn’t give up his dream of playing alongside Kobe Bryant — he enlists in the D-League. Finally, given one chance, he proves his worth with the New York Knicks, transfers to the H. Rockets and lands in Taipei last weekend to become this nation’s most famous personality.

The movie? Both playing in Taiwan theaters and playing in real life? Linsanity.