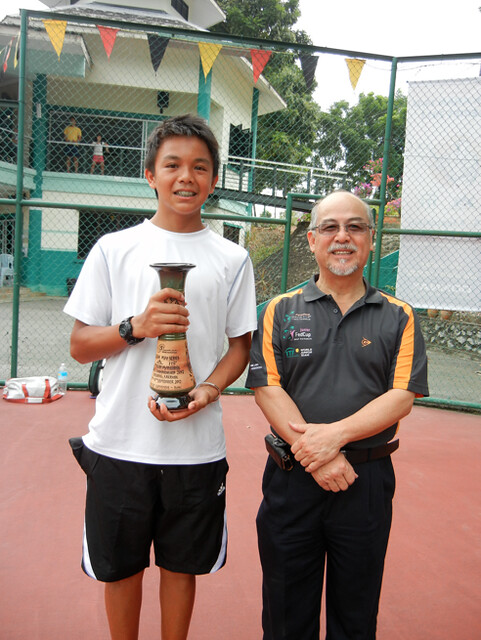 Jed with Dato Patrick Liew, the president of the Sarawak Lawn Tennis Association

Another junior standout and future Philippine men’s tennis star is Eric Olivarez, Jr. Nicknamed “Jed,” I had the chance for two weeks to watch him play in two Asian Tennis Federation (ATF) Under-14 tournaments in Malaysia. Wow.

Jed won the singles crown in Kuching. He also won the doubles title there. The following week, he bested the top Asians to win in Kota Kinabalu. And, to top all that, he won the KK doubles crown. It was a four-for-four record for the 14-year-old Jed. Amazing. It was the first time in Philippine history that a Pinoy went undefeated in singles and doubles in two straight international events.

Three weeks after, Jed joined us here in Cebu for the Babolat Junior Championships. He entered the Boys 16 and Boys 18 categories — battling players two- and four-years older than him. The result? The same. Jed went undefeated to win both titles in the Group 2 Philta-sanctioned tournament.

The young Olivarez comes from an illustrious tennis family. His grandfather, Dr. Pablo Olivarez, was a long-time president of the Philippine Tennis Association (Philta). His uncle, Congressman Edwin Olivarez, is the current Philta president. His aunties, Eva and Edna, are some of the country’s most prominent former champions; as are Jed’s cousins, all champions — from Tamitha Nguyen to the Orteza sisters, Katrina and Isabella.

Jed’s biggest fans? Of course, his dad, Parañaque City Councilor Eric Olivarez, and his mom, Aileen, whom we got to know well during their recent Cebu visit. Jed is coached by one of the nicest (and funniest) coaches you can meet, Bobby Esquivel, an astute and sharp tennis tactician (I saw that for myself in Malaysia).

And the best part of all this? Jed is such a humble and quiet person, never bragging about his amazing accomplishments. I watched his match point in Kuching against the Japanese player (Daisuke) and, after winning the championship/last point, he simply nodded his head and smiled a shy grin. No in-your-face fist pumps. No extra-loud chest-bumping. No bragging.

Jed, at such a young age, is already a classy act. The Philippines is looking forward to a bright tennis future for the young Olivarez. Good luck, Jed! 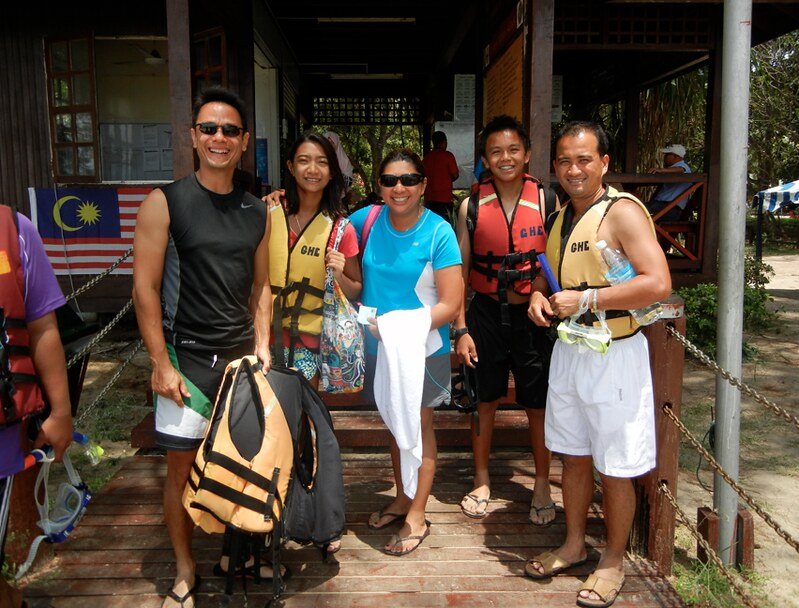 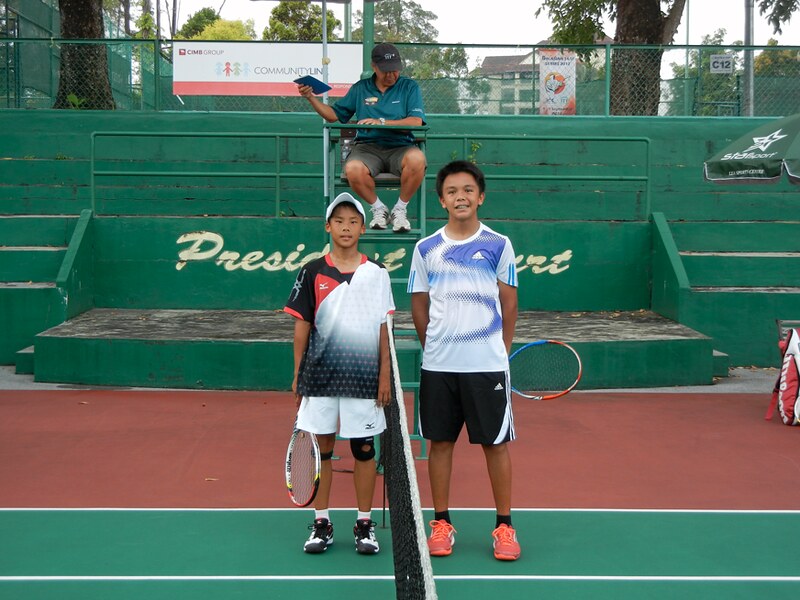