First, Milo. Their opening ceremony last Friday was spectacular. After Ricky Ballesteros wowed the Milo officials with his opening act here at the CCSC three years ago, the high standards have been set.

Marikina City was a superb Milo host. So was Nestle, who spared no expenses to give the best; all athletes received green shirts, jackets, bags, magazines with their names printed on it, plus nicely-crafted medals for the winners.

For tennis, our elementary and high school girls played at the Marist School. That was the same venue as football — won by our Team Visayas. For the high school girls, we defeated Luzon, NCR and Mindanao to win gold. My daughter Jana, who played singles, won her matches with impressive scores: 8-0, 8-0, 8-3. Jana’s other teammates from Bright Academy were Stephanie Kim, Shyne Villareal and Anday Alferez.

In the elementary girls, we won silver. Led by Kara Salimbangon, who won all her games, we barely lost to Mindanao in the finals. Still, a proud silver-medal achievement for the St. Benedict girls. Kudos to coach Ken Salimbangon. 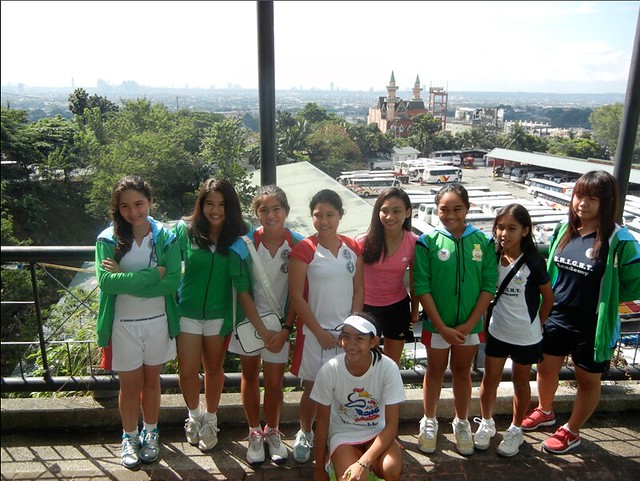 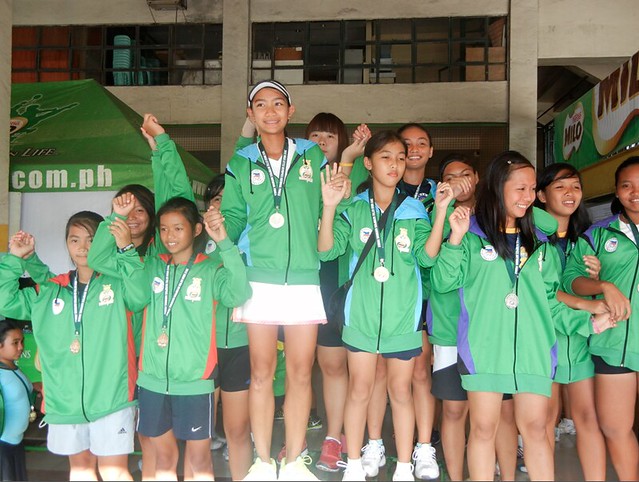 MARIKINA. The past three days, I drove all over the streets of the country’s Shoe Capital. You know what impressed me most? The bike lines. Everywhere in Marikina, there is a dedicated lane for bikers. We should adopt this!

Imagine if more people biked? In a trip to Copenhagen and Amsterdam several years back, everybody biked. There’s less pollution, less traffic and we’re all healthier. (Ask Jourdan Polotan about climbing Maria Luisa.) With the BRT project to be realized, why not include dedicated bike lanes as part of the master-plan?

MOA. It stands for Mall of Asia. It also stands for Milo’s Most Outstanding Athlete. At the SM MOA Arena, one word best describes the entertainment complex, said Rico Navarro: beautiful. Yes, it is majestic and world-class.

Our seats were soft and cushiony. When Randy Villanueva brought me a cup of beer, the seats had bottle-holders ready. A giant LCD screen with the most advanced scoreboard loomed at the center. The aircon? Colder than Cebu Coliseum’s! Imagine if, a few years after the SM Seaside City rises at the SRP, it also decides to build such an arena. Let’s hope.

BANAL. Driving for over an hour from Marikina to the Mall of Asia, I arrived past 8 P.M. Jason Pagara was next. His fight started and finished in haste. It was over in a minute as the enemy quit.

Boom-Boom Bautista fought next. Though the fight was close and a split-decision decided the outcome, it was obvious that our Boholano won. Their Round 2 slugfest was one of the best three minutes I’ve witnessed. Still, despite the win, it wasn’t an overly remarkable or superb result. Boom-Boom defeated the Mexican but can he win a rematch vs. Daniel Ponce de Leon?

With Banal vs. Sor Singyu, from rounds 1 to 8, it was entertaining. No one backed off. AJ attacked. The Thai stepped forward. When AJ trapped him against the ropes, Sor Singyu shielded himself then unleashed his own retaliatory barrage. Wallops on the head were countered with pummels to the abdomen. AJ’s right upper eye bled. Low blows were repeatedly thrown by AJ. Up until the 9th round, I thought AJ led the scorecards. I thought it would end in the 12th without any KOs. But, like I was at the Cebu Coliseum four years ago to witness AJ’s shocking surrender, the same shocking end followed last Saturday.

Lack of training? Lack of stamina? Of heart? Prior to Round 9, AJ didn’t look beaten. He was exchanging strikes with punches. He looked alright. Then again, we didn’t know what his mind and body felt. Sadly, in the 9th, the worst-scenario moments arrived: AJ was punished, leaned against the ropes, almost fell off the ring in what should have been a knock-down; then, seconds later, after a succession of blows, AJ collapsed. He stood up but his eyes said it all: No Mas.