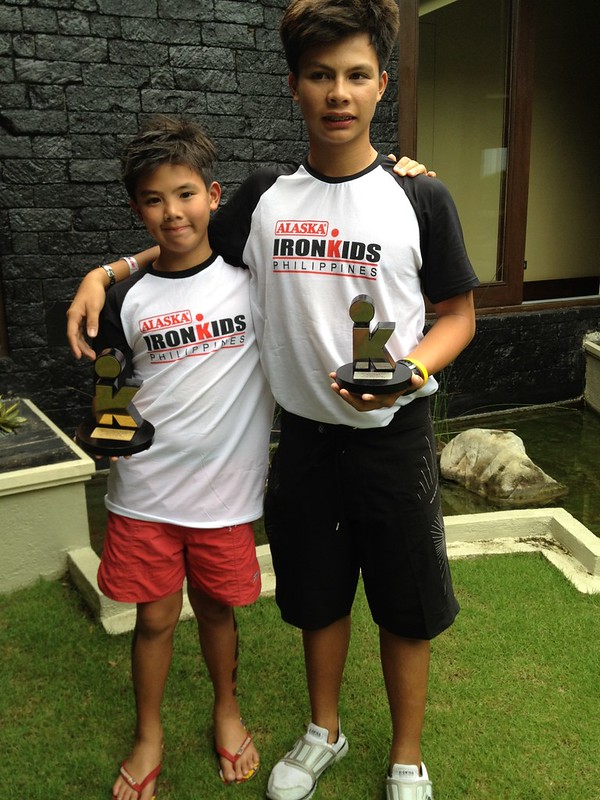 Next Saturday, on Sept. 29, after the dust from this weekend’s Formula One race has settled, one prominent Cebuano family will fly to the Lion City to join an event: The Singapore Triathlon 2012 National Championships. Justin and Yuan Chiongbian, two of the country’s most promising young triathletes, will compete in Singapore.

How did the brothers first try Tri? (As a backgrounder, both parents are sports devotees: dad Frederic is a finisher of the Singapore and Hong Kong marathons, plus an avid golfer; mom Millette is a fast and famous runner, joining last year’s Boston Marathon.)

Millette answered: “Tri came when both seriously began to compete in their chosen sports – Justin was into running since 6 and Yuan into swimming since 3. Looking long term, the reason is because of the higher incidence of overuse injuries specializing in a sport. Also, a multi-sport athlete has a stronger cardio capacity and has a better proportioned physique. We took awhile to decide to get them into road biking because of road conditions and safety.” 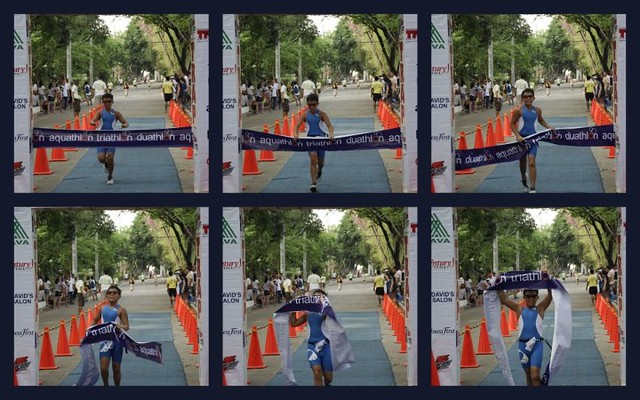 Then, in March 31 at the Plantation Bay Resort and Spa for the National Age Group Triathlon (NAGT), it was here when the Philippine Tri coach, Melvin Fausto, saw with his own eyes the potential of the brothers.

“Coach Melvin immediately phoned TRAP that he has got recruits from Cebu and said he’s never seen anyone who runs as stable like Justin. Yuan on the other hand is naturally talented and fast. Although coach Melvin said that there are a lot of talents in the 13-15 age category nationwide,” said Millette.

Next, in Alabang last April for the Century Tuna NAGT, Yuan once again won first and Justin, in his category, 4th place. The following month for the first international race in Subic, the Chiongbian brothers both placed a respectable 10th place.

All these culminated with the August 4, 2012 race in Mactan that was the biggest sporting event Cebu has hosted: the Cobra Energy Drink Ironman 70.3. Yuan: first; Justin: second.

Triathlon is tough. It’s not only cycling or running or swimming but all three. It’s time-consuming. It’s exhausting, physically and mentally.

How, I asked, do your kids cope with the strenuous training? How do you “push” and motivate them?

Millette’s reply: “Through principles of Graduality, Overcompensation; Knowledge on healthy food and the discipline to rest and recover. Both take naps in school after lunch when necessary…

“The ‘pushing’ part is when the boys have to sleep at a certain time to meet their nightly or mid-day sleep quota. I am also there if they needed to be spirited with my presence or my high-fives. A magic phrase I yell that works effectively when they’re getting tired is ‘happy thoughts’.

“Although the basic core to achieve the balance I believe is that when an athlete wants it, there is no need to push it. What develops then is the product, passion and when an athlete becomes passionate, the athlete attains success.

“Justin and Yuan are both at a point wherein their ambitious drive is what pushes them every training time. They’re connectedly focus.. checking their splits in the track, pool or on the trainer. In addition, I also believe that sport knowledge and, to be thoroughly acquainted and be experienced with training/racing, perpetuates the holistic success cycle of an athlete.

“Further, the emotional, mental and psychological strengths should be developed to keep the athlete balanced and in harmonious order with the physiological aspect. Discipline and character are the values inherent to success according to Fr. Manny.”