KOTA KINABALU–The Duke and Duchess of Cambridge, Prince William and Kate Middleton, are here. They arrived at 7:50 P.M. last Friday from Kuala Lumpur. Their place of stay in KK? Of course, the Shangri-La beach resort in Tanjung Aru.

Yesterday, they were scheduled to fly via helicopter to Sabah’s Danum Valley, one of the world’s oldest rainforests (130 millions years old). The royal couple is expected to stroll across the famous 300-meter long, 27-meter high Canopy Walk in Danum Valley. Says David Jr (blog.malaysia-asia.my) of Danum Valley: “The forest reserve is also one of the most pristine where it caters to a vast reserve of lush tropical lowland forest rich in Sabah’s unique flora and fauna. The area has also been recognized as one of the world’s most complex ecosystems catering to all kinds of flora and fauna.”

Today is also special in this “Truly Asia” country because it’s Malaysia Day. It was on Sept. 16, 1963 — 49 years ago — when, according to Wikipedia, the date “marked the joining together of Malaya, North Borneo, Sarawak, and Singapore to form Malaysia.”

We’ve been in Malaysia since Sept. 4 when we arrived in Kuching, Sarawak. After seven days there, we transferred to our present base, Kota Kinabalu (KK). Finally, we head back home tomorrow.

My daughter Jana is here joining dozens of other top tennis players from all over Asia for twin tournaments in Kuching and KK called the Asian Tennis Federation (ATF) 14-and-under Championships.

Thus far, Jana has played 10 matches in nine days. She played four singles matches in Kuching (won three, lost one) and another four in KK (also won three, lost one). She ranked 9th out of 18 players in Kuching and, here in KK, she’ll also be No. 9-ranked (out of 24 players) if she wins her final match today. With doubles, she won once and lost once to reach the quarterfinals with Khim Iglupas. Good results for Jana’s first-ever international stint. 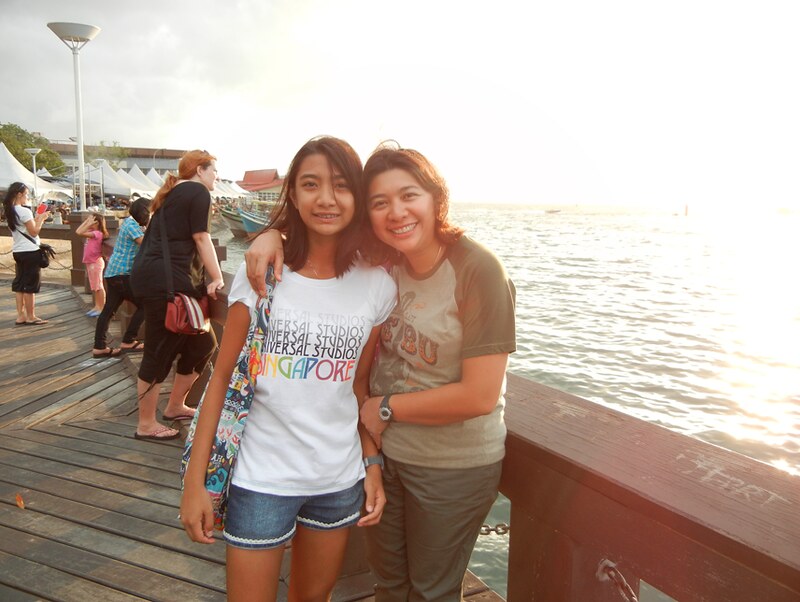 FUN. Tennis is not easy. Unlike team sports where, if your team loses, you have your teammates to commiserate with, in tennis, it’s one-on-one. A coach is not even allowed to sit beside you. Thus, there’s no one to blame but yourself if you lose. This is tough. It’s especially tough on 13-year-olds.

And so, to lessen the stress of competition, organizers have come up with gimmicks. One is the Fellowship Night. The Kuching event held theirs on Day Two. It was at the Top Spot Seafood rooftop where the participants, instead of wearing tennis attire, wore jeans and normal (not tennis) shoes.

Last Thursday night here in KK, all the children, parents and coaches boarded two buses and were ferried to the Kampung Nelayan Seafood Market Restaurant. It’s a for-tourists site that’s surrounded by a lake. At the front was a stage where a cultural/variety show was performed. Some players tried the “singkil” dance while photos were snapped. We ate crabs and fresh shrimps; the dessert was gelatin poured in a buko shell. Food and smiles were plenty. 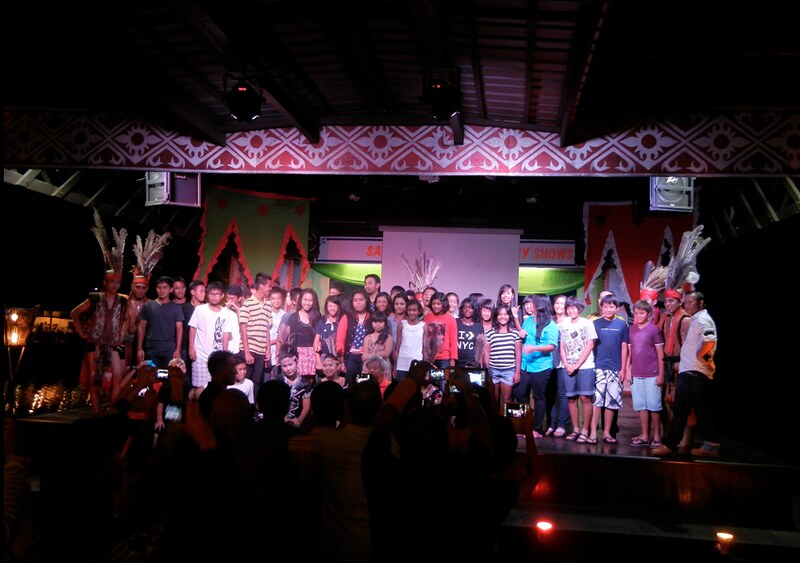 Throughout this trip, my wife Jasmin and I have been reminding Jana: Isn’t sports amazing? Fun? Fulfilling? You get to travel. You get to visit new cities. You get to join an important event. And, most of all–and this is what we stress upon her, more than the winning and losing–you get to meet new friends. After this week, she has teenage friends from Chennai, Shanghai, Penang, Jakarta, Beijing, Tokyo, Singapore and Kuala Lumpur. And these are not ordinary friends–these are the same girls and boys you’ve spent hours and hours with on-court, everyone sweating, burning under the noontime Malaysian sun, sprinting for backhands and volleys. 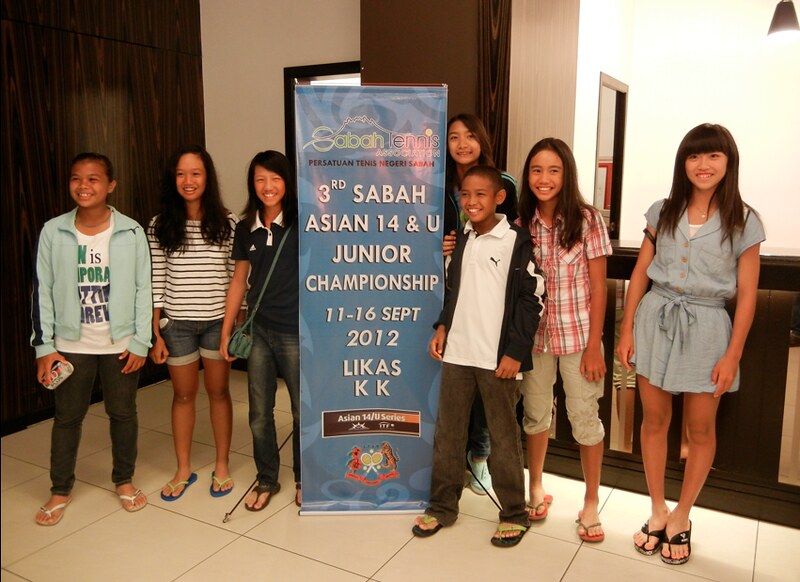 For me, personally, this trip is extra special because it’s a long-time wish that I’m watching unfold. I started tennis at the “late” age of 14 and, though I ranked No. 5 nationally in the juniors, I did not have enough time to compete internationally.

To cheer for my 13-year-old daughter during Malaysia Day is a dream come true. To all parents, I wish the same experience for you. Get your children into sports.