I spoke to Atty. Augusto Go last Friday. We talked about the most talked-about player in Philippine basketball this week: J.M. Fajardo.

“Before the PBA Rookie Draft,” said Atty. Go, “when he was selected by Petron as the number one pick, he visited me in my UC office. Buotan kaayo. You cannot find a more humble person. June Mar was so grateful and thankful. But I told him, ‘No, it is I who should say thank you for all that you have brought to our school.’” 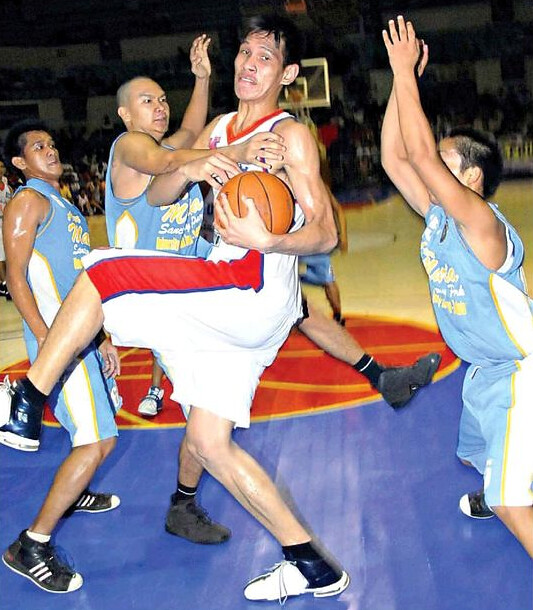 The 6-foot-10 behemoth of a Cebuano is now a multi-millionaire Manila resident. Set to earn the maximum salary for a rookie of P150,000 per month in his first year (P225,000/month in Year Two and P337,500 in his third year), he will be dribbling and smiling his way to the ATM machine.

Out of the 39 rookies who were chosen to join the PBA—Asia’s first pro basketball league (and reportedly the world’s second oldest after the NBA)—it was June Mar who was picked by fuel giant Petron.

“This fellow is extraordinary,” continued Atty. Gus Go. “He has no airs in him. You know what? Years back, a school in Manila offered him scholarship with a lot of money and he turned that down. He is so humble. Labing grabeha ka buotan. I’m so happy for him.”

June Mar Fajardo’s beginnings at the University of Cebu started five years ago when he approached the school wanting to try-out for the team.

Actually, UC was not his first choice. He wanted the University of Southern Philippines (USP).     “Fortunately for us,” said Atty. Estenzo, “USP does not offer a Nautical Course which he wanted to take at that time.” With his 6-foot-5 height at the age of 17, UC grabbed him to join the varsity squad “without any second thoughts,” said Estenzo.

For five years, he donned the blue-and-gold colors of the University of Cebu. He and Greg Slaughter, who wore green for the University of the Visayas (UV), were the “Twin Towers” of Cebu collegiate basketball. For where could you find, anywhere in our 7,107 islands, two giants at 7’0” and 6’10” but in Cebu?

In Fajardo’s last two seasons with the UC Webmasters, he fulfilled his twin ambitions: CESAFI champions and Most Valuable Player awards.

As a student (from his first year in Nautical, he shifted to Hotel and Restaurant Management), June Mar was just as focused inside the classroom as he was on the basketball floor. “He finished his HRM Course last school year,” said Estenzo. “He is well-liked by his teachers because he always tries his best. I think it is indeed an achievement to graduate considering the practices he has to go through aside from his school work.”

Augusto Go concurs: “In my talks with June Mar, I would always tell him, as I do the other varsity players, that you cannot play sports and basketball all your life. It’s important to get a degree.”

Having personally overseen Fajardo’s improvements with UC, I asked Atty. Estenzo what makes his player, apart from his height, stand out.

“As a player, June Mar is determined. He does not complain about hard practices. He is always the first to arrive in practice. He is also one who is willing to sacrifice to learn. We knew then that he will have a very bright future, barring any injuries or falling into temptations. Seldom can you find a player of his height who moves fast and well. He is also easy to teach.”

GOOD NEWS. Announced Gus Go: “Fajardo is coming over with another UC alumni, Don-Don Hontiveros. Petron will have an exhibition game on Sept. 9 at the Cebu Coliseum versus the All-Star selection of Cesafi.”