Jana, our daughter, emerged as Girls 14 champion of the Milo Junior Tennis Cup – Mindanao leg. She played four opponents at the Ecoland Tennis Courts. The first two were easy wins but the last two were hard-fought. In the semis, she played 5-foot-6 Cotabato City-based Ivana Caballero. Score: 6-3, 6-2. In the finals, she beat Palaro medalist and one of Mindanao’s best, Sharyl de los Santos, from Gen. Santos City, 6-2, 6-2. She’ll go on to the Milo National Finals in November. 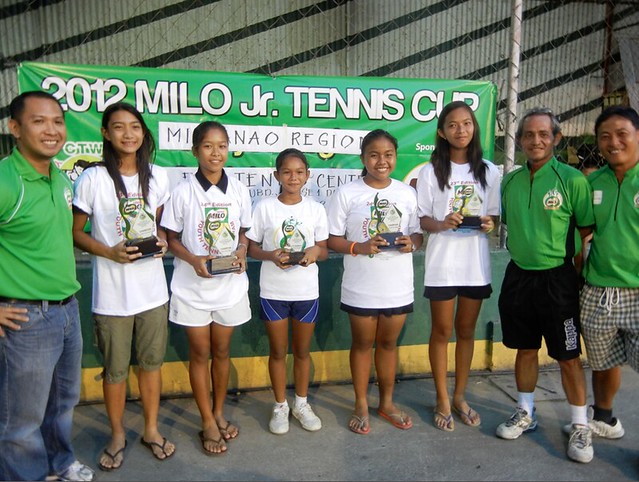 PEOPLE’S PARK. We stayed at the Royal Mandaya Hotel in downtown Davao. Apart from the central location, what I liked best was being meters away from an exercise haven: People’s Park. It’s an open-to-the-public-for-free venue where aerobics and Zumba classes are conducted and where Davaoeños converge to sweat. They have a 400-meter oval where hundreds run. The bad part? The surface is not rubberized, asphalt or anapog—but rectangular-shaped cement bricks. Sure, the bricks look good in red and gray but the uneven surface is scary. Still, what an ideal site for exercisers. Though much smaller, it reminds me of Victoria Park in Hong Kong. Our very own Plaza Independencia would be a fitting comparison.

DOME. The largest venue for indoor sports here is Almendras Gym. How “large?” Unfortunately, it seats 3,000. That’s small. While riding a taxicab, the driver mentioned that over a decade ago, Davao City built a P300 million, 15,000-seater Artica Dome—only for the nearly-finished project to be mothballed because of politics. Sayang. It reminds me of our own Megadome. Had that project (of then Gov. Pabling Garcia) materialized, imagine the positive impact for sports? All these contrast with the brand-new Mall of Asia Arena in Manila. That’s a gym that will rival NBA stadiums. For Cebu, our only bet is for SM to build the same complex at the SRP.

TAXI. In our few days stay in Davao, you know what we applaud the most? The taxi drivers. We rode about a dozen times and, each time with no miss, the drivers were courteous, helpful and knowledgeable. They were impromptu tourist guides. They gave suggestions on where to go (sightseeing? durian? restaurants?) and, best of all, they were honest. Compared to Manila’s taxi drivers who’d often say, “Bago palang ako dito, saan tayo da-daan?” (I’m new here, where do we pass?)—where they’d circle and pass the farthest routes to extract the most pesos—in Davao, the drivers are honest. We found out that, each year, they have a rigid seminar that includes instructions on being good Davao “tourist guides.” They’re good. Well done.

EDEN AND EAGLE. We made sure to include quick visits to Eden Nature Park and the Phil. Eagle Park—both must-see places. Beautiful. I wish Cebu had a similar Eden: 80 hectares filled with 100,000 pine trees, birds, organic fruits, the zip line and obstacle course. It’s a camping ground located 3,000 feet above sea level. The Eagle Park? Wow. The world’s second largest eagles, Davao hosts these endangered species at a lush, giant trees-laden spot up in the hills. 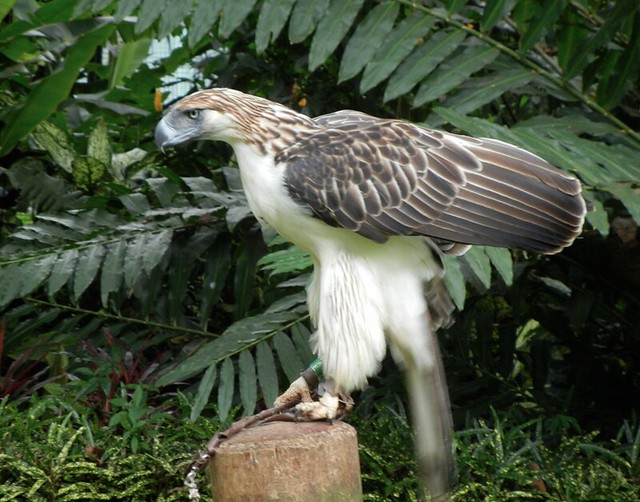 Funny analysis: the Philippine eagles are monogamous animals (they only mate with one other pair). A little farther from where all the eagles were located was a spot with monkeys. One “King Monkey,” they called him, had all the girl-monkeys. They’d approach him and mate with him. We commented: This represents Manny Pacquiao. Before, he was a king monkey; now, this Bible-loving man is a Philippine eagle.

CROCODILE PARK. Yesterday, thanks to Jasmin’s cousin, Peter Junsay, and his daughter Audrie, we spent an hour gazing at some of the largest reptiles on earth. Jana and I even held by hand a three-foot-long crocodile!

SM AND ABREEZA. The 1st Davao Sports Expo was found at the brand-new Annex of SM City. Booths were filled with various exhibits: martial arts, trekking, football… plus a mountain-biking event that’s scheduled today. Finally, Ayala’s mall called Abreeza is a beauty. Just opened 12 months ago, it has plenty of shops (Gap, Italliani’s, Tretorn, Ellesse) not found in Cebu.