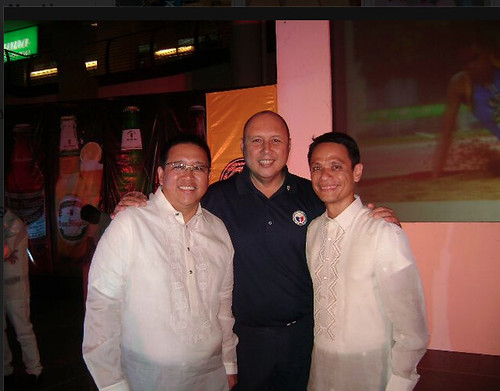 Rico (left) with Chito Loyzaga (center), who recently announced his resignation from the Phil. Sports Commission

Because he is a fellow sportswriter, a member of The Freeman’s pool of columnists, it would be awkward for him to receive an award given by an organization that he’s part of. Thus, the Sportswriters Association of Cebu (SAC) did not honor its fellow member, Rico Navarro. It would have been self-serving. And Rico is too nice and honorable a person—plus, he’s our perennial emcee—to insist on getting recognized during the 30th SAC-SMB Cebu Sports Awards. But what Rico has done the past five years deserves plenty of applause and credit.

CYBL. Spelled in long words, it’s the Cebu Youth Basketball League. It started as a vision and dream of Rico back in 2007. He posed the question, “Why are there very few basketball tournaments for the youth?”

He asked. He dared. He dreamed. Best of all, he acted. With a glaring “loophole” in Cebu’s youth basketball scene, he started CYBL. Rico explains the rationale: “CYBL is a youth-based basketball league that seeks to provide a platform for grassroots development in Cebu basketball. We work hand in hand with schools for the total and holistic development of their student-athletes. Our dream is to be able to have CYBL products present in all the major school-based leagues in the country.”

Lofty. Grassroots-based. Far-looking project. Rico, who now heads the entire sports program of the Sacred Heart School – Ateneo de Cebu, added: “Back in 2007, basketball activity for boys 16 and under in Cebu was limited. We needed a solid year-round program of activities for 16, 13 & 10 Under boys.”

And so, in 2007, CYBL started. Like any start-up, it began small. Only four teams joined in one age-group division, 12-years-and-under. That was called a Prelude.

What has the CYBL achieved? “The Fruits,” Rico calls them, he enumerates nine:

1) CYBL has become an important developmental venue for players.

3) Cebu won both the Passerelle & SBP divisions of the 2010 Milo BEST Visayas Championships (a first for Cebu).

5) All of NBTC’s players have played in the CYBL.

9) Henry Asilum made it to the Philippine Youth Under 16 Team.

Wow. These are impressive achievements. In a short few years, what existed only in the mind of one passionate sportsman has evolved into a big-time, we-must-join-the-CYBL program. 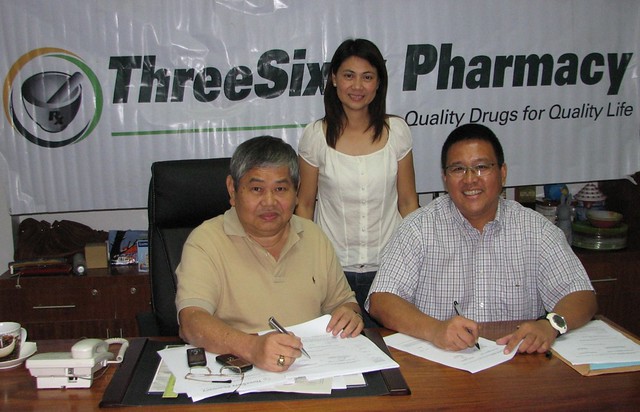 How about for 2012? A new corporate sponsor has emerged, ThreeSixty Pharmacy—whose aggressiveness in their expansion and all-out thrust to help out in sports (running and basketball) we’ve all been amazed at.

This 2012, the ThreeSixty Pharmacy Cup has added a fourth age category: 19 and Under. Prior to CYBL 2012, Rico stated four goals: a) CYBL will become THE basketball activity for 16, 13 & 10 Under age groups of Cebu; b) Add an Under 19 age group; c) CYBL will become the developmental league of the CESAFI and, (d) CYBL will “complete” the basketball programs of Cebu schools or school “networks.”