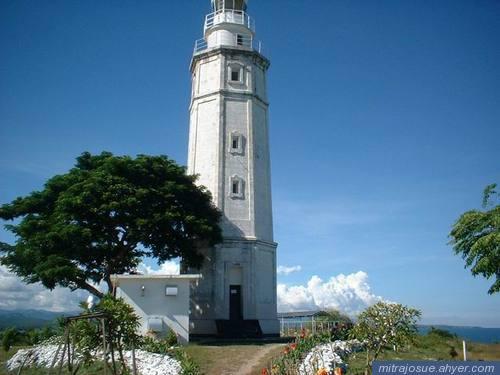 “I think Liloan is prime to be the sports tourism capitol of Cebu,” said Liloan Mayor Vincent Franco “Duke” Frasco. “We have the beaches for water sports and possibly, wake-boarding; bike trails for the mountain-bike enthusiasts, and trail runs for international and huge events, like XTERRA Championships.”

Mayor Duke is right. If we talk of “outdoor and adventure sports,” no city or municipality in Cebu today boasts of capturing that niche or segment.

Water sports? Check. Wake-boarding? Check. This was popularized nationwide by Camarines Sur but, with the loss of the Ironman 70.3 from Camsur, how about Cebu—maybe in Liloan’s Silot Bay—building a wake-boarding facility? Mountain-biking? Check. Twice, I’ve trekked the MTB route of Xterra and it’s challenging and beautiful. Above the hills near Amara, you have the encompassing view of the sea and the mountains. Trail running? Check. The Columbia Trail Run, held last month in Liloan, has received laudable reviews. I saw a video produced by one of the participants, Dr. James Guardiario, and the Trail Run in Liloan was breathtaking.

“Lilo-an has the complete package,” said race organizer Ralph Pilapil. “It’s coastal and it is also near a mountain, which has a very scenic view.” I agree. “Liloan Sports” has the potential to be a huge tourism booster because the man at the helm of this 1st class municipality is, himself, a first-class athlete.

I spoke to Duke two days ago and he’s an avid sportsman. He plays golf and is a fan of Rory Mcilroy. He lifts weights thrice weekly. His favorite? Running. “I’ve finished two 21Ks,” said the mayor. “The Cebu Marathon and the Operation Smile Run.” The 42K? Sure. Liloan’s mayor has enlisted himself in the online lottery for this November’s New York City Marathon. “Last year, I also joined the lottery but did not make it. I hope to enter this time and finish my first full marathon.”

Duke ran for public office as mayor in 2007 but he’s been running on the road since 1998, in high school. “I love to run. It’s not only a great way to stay fit and keep healthy,” he said, “but it helps me relieve tension and stress acquired from a demanding schedule and job.” Running helps the mayor run Liloan.

With this weekend and the XTERRA Championships, Mayor Duke is not only busy with all the preparations—he’s also busy preparing, physically. “Like last year’s XTERRA, I’m joining the Relay. Our team, Abante Liloan, will have Keith Ocampo as swimmer and my cousin, Aljew Frasco, as the biker. I’ll do the 10K run. My target is to finish the run in 53 minutes. Last year, our team placed 3rd. Let’s see this Sunday…” 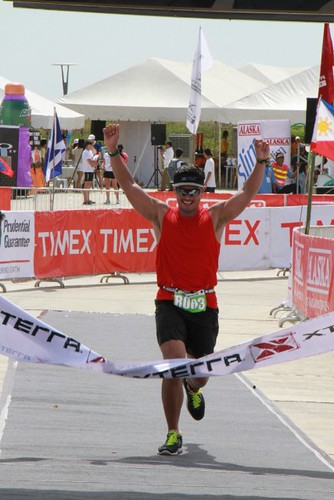 XTERRA is lucky to be held amidst the rugged terrain of Liloan. Being the off-road version of the triathlon, Liloan’s clear waters plus rocky and tough landscape are a perfect mix. Liloan, obviously, is also fortunate for having been chosen by Fred Uytengsu, Jr., race director Guy Concepcion and their Sunrise Events team for this international meet.

“XTERRA is as big to Liloan and to me as it is to the individual participants coming from all over the world,” said the mayor. “It’s an opportunity for us to showcase our beautiful town and the hospitality of our people.”

Plus, of course, it helps that the major backer not only of XTERRA but also of the bigger triathlon event, the Cobra Ironman 70.3 (this August 5), happens to be the Provincial Government, headed by Gov. Gwen Garcia—the mother-in-law of Mayor Duke Frasco.

With all these, Liloan will succeed in sports. It’s going the “XTERRA-mile.”