This is the story of Jeremy Lin. You think he’s a one-shot wonder, someone who was a nobody and, due to a lucky break, was just fortunate to become the world’s newest superstar? No. All his life, Jeremy Lin prepared for that moment. That “Chance,” that one opportunity to shine, was never presented to him before. Before college, he applied to join the best basketball universities in America. UCLA. Stanford. UC, Berkley. He was turned down. He ended up in Harvard. (Not bad!) 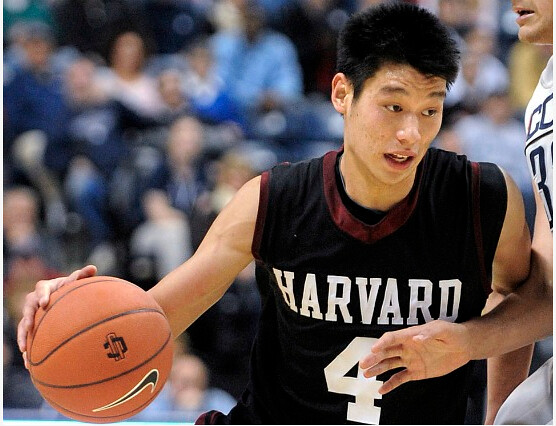 After Harvard, he sent his resume to fulfill a lifelong dream: becoming an NBA player. He submitted his credentials to eight NBA squads. All eight said, “Sorry, kid, you’re not good enough.”

Finally, Jeremy did enter the league and joined the Golden State Warriors. He wasn’t golden there; he was a golden bench-warmer — asked to sit down and lay golden eggs on the bench. Next, he got transferred to the New York Knicks where, sleeping in his friend’s couch, he was weeks away from being cut.

Then, the moment he’d been waiting for all his life appeared. Many call it “lucky break.” Some say its “opportunity” or “good fortune” or a “stroke of luck.” It was Jeremy Lin’s chance. A couple of players from the Knicks got injured. Having few options — and in desperation after their team lost 11 of their last 13 games — coach Mike D’Antoni called the forever-sitting Jeremy Lin to play ball.

Game One, he scored 25 points. Game 2, he scored another 28 points. Against Kobe Bryant and the Lakers, he shot 38. In Jeremy’s first seven games with NY, they were 7-0. From a win-loss record of 8-15, they climbed to 15-all. In the process, Lin became the NBA’s first-ever player to score at least 20 points and pass for seven or more assists in each of his first five starts. Even Michael Jordan couldn’t achieve that!

Of course, as expected, New York has slipped in their last few games, including a loss yesterday to Dallas. Still, they’re a respectable 18-20 today; having won 10 and lost five since Lin joined.

Lin is the world’s super-hero. Chance? Swerte? Luck? Yes. Of course. Everybody who’s good needs good luck. And, true enough, many who are good are luckier. But remember this: Chance favors the prepared. All his life, Jeremy prepared for the moment. In high school, he averaged 15 points per game. In college at Harvard and while studying the difficult Economics course, he averaged 16 PPG in his senior year.

Jeremy Lin is not surprised at his success — like we all are — because he prepared for it.

What does this tell us, ordinary mortals? Prepare. Whatever it is you want to pursue in life — sports-related or work-related or school-related or any dream that you own in life — be ready. Your opportunity will come. Maybe it hasn’t. It possibly won’t be today, next Friday, or this April. But it will come. And, when it does, be ready.

As inspiration to all of us, here are a few quotations…

“The will to prepare is as important as the will to win.” – Bud Wilkinson

“Don’t go to the fishpond without a net.” ~ Japanese Proverb

“Before everything else, getting ready is the secret of success.” ~ Henry Ford

“Talent alone won’t make you a success. Neither will being in the right place at the right time, unless you are ready. The most important question is: ‘Are your ready?’” – Johnny Carson

“The secret of success in life is for a man to be ready for his opportunity when it comes.” – Benjamin Disraeli

“If I had eight hours to chop down a tree, I’d spend six sharpening my axe.” – Abraham Lincoln