Pit Señor! To all balikbayans and guests visiting our beloved and historic Sugbu… maayong pag-abot… welcome!

Cebu City is not only known for hosting the country’s biggest festival—the Sinulog—that dances off the streets this weekend. Cebu City is not only home to the nation’s oldest avenue: Colon Street. It not only boasts of such iconic landmarks as the Fuente Osmeña, the Magellan’s Cross and the newly-renovated Plaza Independencia. Cebu is the World Record City.

In sports, we own the title of the world’s largest-ever dance group. Back in June 2009, a total of 7,770 dancers congregated inside the Cebu City Sports Center to boogie, waltz, do the samba and swing, to twist and turn. 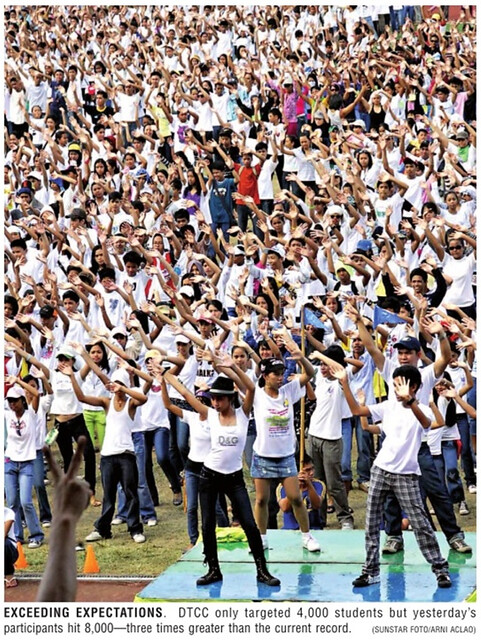 Thanks to Edward and Eleanor Hayco, the couple who lead the dancesport fever in this island, our city owns the title, “Largest Dance Class in the World.”

Later this week—on Jan. 21 and 22—another Guinness World Record will be added to our resume; only this time, it’s the sweat-less but mind-exercising game played on a checkered board with 64 squares.

Would you believe, a record 40,000 players will play chess. Yes, no misprint there: Forty thousand!

“The idea started when we were invited to the Shell Active Chess competition and we saw 500 players,” said Ed Hayco, who leads the Cebu City Sports Commission as chairman. “There were kids as young as 8. We saw one playing with good players over their 30s! I don’t know if the 8-year-old won but he was giving the 30-yr.-old a hard time.”

Thanks to chess patron Boogie Lim and several other chess aficionados, Ed and his CCSC team felt passionate about this sport of Garry Kasparov and Bobby Fischer. 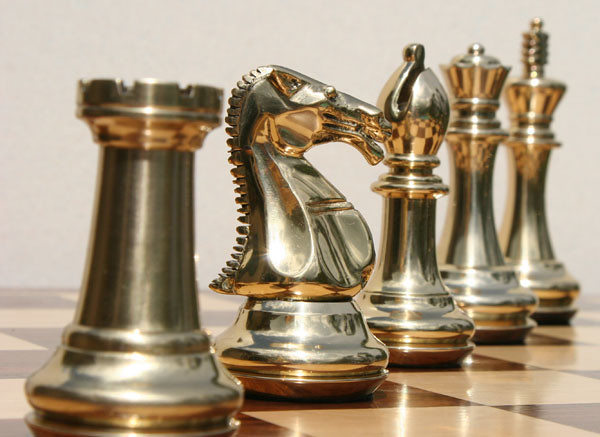 “We planned to organize a monthly chess tournament at the Sports Institute to sharpen the competence of these kids, many of whom come from public schools,” said Ed. “To kick off the idea, we thought of doing a Guinness record to create awareness.”

But Ed had a problem. The world record, owned by Russia, said that they had 1,240 participants.

“Cebu only had a thousand players,” he said. “Where will we get the other 300 players to beat the record? So we partnered with the Department of Education (DepEd) to hit two birds with one stone. Instead of just aiming to break the record, we instead use the Guinness Record to excite the public school kids to learn, play and compete in chess.”

And so from 1,300, the number ballooned to…..  40,000. How is that jump possible? “We have labored for two months providing seminars to public school teachers, PE, MAPE, PESS, and sports coordinators to teach, coach and conduct chess tourneys,” said Ed. “After those two months, the teachers were given another two months to train the kids.”

After the chess tutorials, the students joined tournaments. It was limited to within their classrooms. Then, it was elevated to the whole school. Next, it’s the record attempt.

“What will happen on Jan 21/22 is the finals,” said Ed. “Each public school will send 32 school-wide finalists. We expect 100 public schools to send and that would make 3,000 finalists. The Guinness World Record is based on the total participants, from classroom-based to school-wide to the finalists over a three month period. That’s how we’ll achieve the 40,000 total.”

This grassroots strategy is the expertise of Mr. Hayco and his CCSC team. It’s how Ed was able to convince tens of thousands of children—many of them out-of-school youth—to do the foxtrot, tango and dance to “Mambo No. 5.”

The best part? This is not a one-time, after-this-week-let’s-forget-about-chess program. “We have prepared 2,000 chess boards for Jan. 21 and 22,” said Ed. “The public school teachers will bring home the chess boards so they can continue the program. We plan to sustain this by a bi-monthly tournament in all public schools. This should be able to sustain the interest, and hopefully, we will find grandmaster kids from one of our lesser barangays, who may give Cebu a shot for the Olympic gold in 2020!”