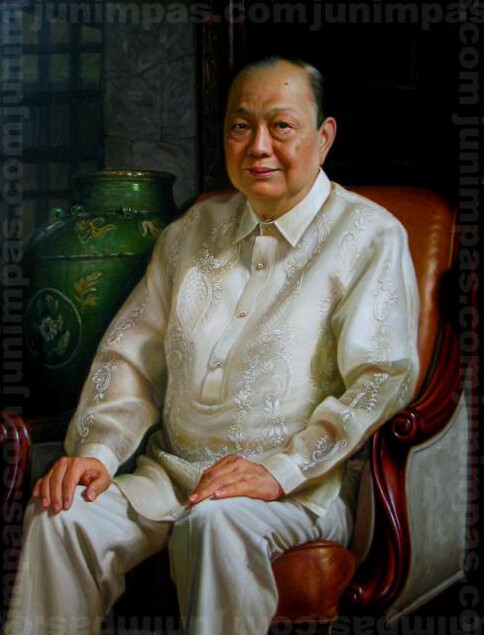 Three weeks ago, I stepped inside the office of Atty. Augusto Go. The room was spacious. Leather seats rested comfortably. Portraits of the young Gus Go decorated the walls. A 32-inch Samsung TV flashed images beside his cavernous, all-hardwood desk. Papers were stacked. Books adorned the cabinets.

Atty. Go was wearing his usual office attire: short-sleeves shirt. He was also wearing a smile. The reason? Plenty. His University of Cebu (UC) had just been declared, thanks to a heart-stopping Game 5 victory over the Southwestern University (SWU), the winners. UC was the University of Champions. Champions in the Cesafi last year, they repeated again this 2011 season.

“Basketball is important for UC,” said Atty. Go, a huge fan of the Los Angeles Lakers. “Basketball is the game that everyone follows.” But UC is not all basketball. One of the largest educational institutions in the country—in a few years’ time it will exceed 50,000 students—UC focuses not on one sport but on all sports.

“Sports is important,” he said, “but education is even more important. We never compromise the studies of our students for sports.”

One example, he narrated, was when a foreign student was once “imported” by UC. A photo-op was taken inside Atty. Go’s office. It turns out, the handshake deal was not formalized because weeks after, that student revisited UC’s officials and asked for more money. He requested that UC match the higher “asking price” of another university.

“I said no,” Atty. Go explained. “We’re not in it for the money.” The player moved elsewhere.

Junemar Fajardo? The 6-foot-10 MVP who’s been the best Cebuano collegiate player the past two seasons? “He came to UC because of our Maritime program,” said Gus Go.

On their Maritime program, the UC owner was at his most excited. “I’m happy to say that UC is the biggest maritime school in the world that caters to foreign companies,” he said. “Each year, we have 15,000 applicants and we accept only 500 scholars per campus. With our four campuses, that’s 2,000 students. They get free tuition, uniforms and more. Plus, when they graduate, they’re eligible to get as much as $6,000 salary per month.”

I knew UC was huge. I also knew that UC excelled in maritime education. But it wasn’t until the first-hand explanation of the founder that I understood their impact.

“Thirty percent of the world’s seafarers are Filipinos,” he said. “By the end of the decade, that will increase to 50 percent.” Today, roughly $16 billion is pumped into the Philippine economy, thanks to our modern-day heroes, the Overseas Filipino Workers (OFWs).

“John, would you believe,” said Atty. Go, “that out of the 12 million OFWs, only 500,000 are seafarers… yet they account for 30 percent of the entire $16 billion that enters our economy. That’s the financial impact of the seafarers.”

While speaking, Atty. Go was animated. Given that UC is the world’s biggest, you can imagine the impact he’s making to thousands of people’s lives. “Many who come to us are poor,” he said. “For them to be given full scholarships then work for very high paying jobs, that makes happy.”

Fulfilled. Yes. That’s the word I’d best describe Augusto Go. His work ethic, still reporting to the office daily and commanding his vast empire of schools and businesses, is outstanding. Best of all, I was amazed at his intellect and memory. He recited to me the names of every single foreign company that’s linked with UC. He even enumerated the names of the key officials who landed in Cebu to formalize deals with him. In business parlance, that’s being “hands-on.”

Like a ship commander, he steers the University of Captains.