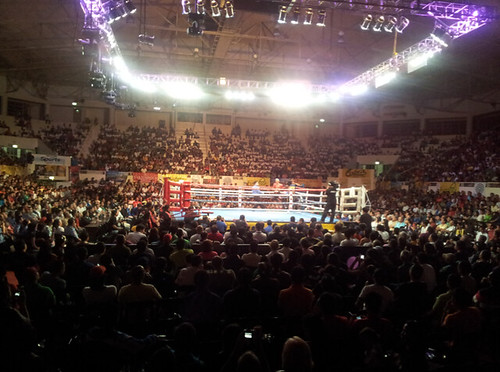 Boxing is subjective. It’s unlike soccer where a 1-0 score is counted when the ball whisks past a goalkeeper. It’s different from the 100-meter dash when a Usain Bolt extends his chest, clips the tape, and raises his Jamaican hands in a WR time of 9.58 seconds.

In boxing, unless one man doesn’t stand after 10 seconds or unless a white towel is thrown by a corner-man, it’s decided by people. It’s subjective.

Last Saturday night, I watched the Donnie Nietes vs. Ramon Garcia Hirales clash. I wasn’t inside SM City’s Cinema 7 or watching at home via PPV. I was, literally, eight feet away from the ring. Beside me were Meyrick Jacalan, Salven Lagumbay, Edward Ligas and Mrs. Lou Pastrano Aldeguer, the wife of the man whose initials bear this event, ALA. We were at ringside. Front row.

I’ll be honest. I thought Nietes lost. Though I did not keep a round-by-round scorecard, my general sentiment was that the Mexican won. Maybe because I summarized the fight as one whole movie—not scoring per 3 minutes—and based my gut feel on Donnie’s exhausted and worrying state from Rounds 6 to 10.

When the judges’ scores were being read, I was standing beside the Philippine Olympic Committee (POC) chairman, Monico Puentevella. After the announcer said, “The winner by unanimous decision… and THE NEW…,” I looked at Monico and we both expressed puzzled faces. Slowly, we started to clap.

Of course, many disagreed with me. Talking to Sylvan Jakosalem by phone upon exiting the La Salle compound, Jack (who was together with my dad Bunny and Jingo Quijano here in Cebu) was sure it was the Bacolod native who won in Bacolod. “Garcia missed a lot while Nietes was very accurate,” he said.

Speaking to others after the fight, several arrived at this conclusion: Rounds 1 to 5 were for Donnie; 6 to 10 were for the opponent; 11 and 12 went for Donnie.

Which brings me to the judges. Of the three, it was the Pinoy who was the fairest. He scored it 115-113. The man who’s supposed to be biased was the most impartial. This is laudable. As to the two other (American) judges, their 118-110 and 117-111 scores were unbelievable. What kind of batchoy did they eat? 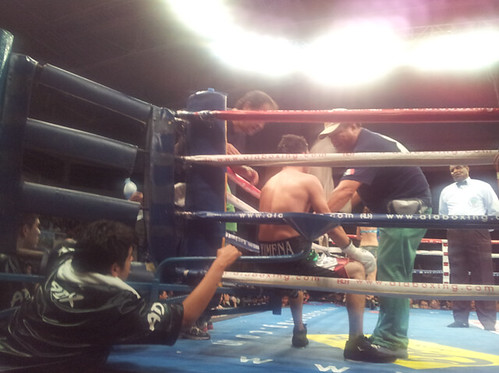 BACOLOD. The crowd in the City of Smiles is not as vocal or “bugal-bugalon” as the Cebuanos.

Knock him out! Hit him! Attack! Beat him! Charge! Those were the many shouts I overheard. Still, they’re not as blunt (no booing) as us, Bisdaks.

What I enjoyed most about the battle? Rounds 1 to 5. “This is the best fight I’ve seen live,” I told Jacs Jacalan, seated to my left. It was. The key word “was.”

Because sadly, after Donnie was spanked by a head butt on his right forehead, he languished. He wilted under the relentless attacks of Garcia. He back-tracked. His legs wobbled. His knees were bent. Donnie’s face, in those rounds 6 to 10, looked distressed. This was unlike the Mexican’s which hardly a scar.

I know TV viewers have the benefit of up-close coverage and slow-motion replays, but nothing beats live action—especially if you’re a few feet away.

You inhale the sounds of body blows punched. You see red blood flowing, as we did in another head butt inflicted on Donnie. You notice the slippery blue surface. You hear the Spanish screams of Team Mexico. And, best, you get showered by cold water and, at times, spitting—like we were close to being sprinkled, sitting behind Garcia’s corner.

In the end, what made Nietes victorious was The End. These were rounds 11 and 12. No one will dispute that these belonged to the former janitor from Murcia. The crowd, sensing that their province-mate was softening, shouted, “NYE-TES! NYE-TES! DO-NI!”

In an I’ll-give-it-my-all-bahala-na 11th Round moment, Donnie unleashed a blitz of bombs and strikes that revitalized his wilting body. We stood. Donnie stood. We clapped. Donnie walloped. Bacolod’s snake, trampled upon and diluted of strength, bit back and spewed its Ilonggo venom. 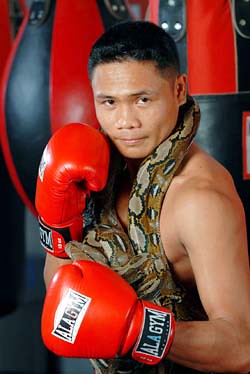