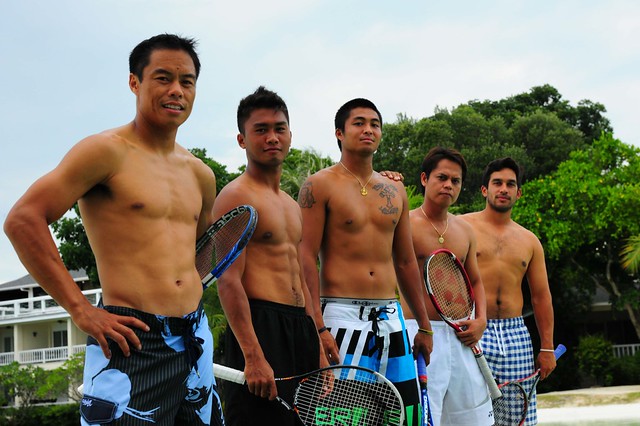 At 10 A.M. today at the Lapu-Lapu City Hall, the official draw of the Davis Cup tie between the Philippines and Chinese Taipei will happen.

Tomorrow, the Battle of Mactan starts. The first match commences at 10 in the morning. The second match immediately follows. All the sword- and racket-fighting will happen just kilometers away from the actual site where Lapu Lapu killed Magellan. Cecil Mamiit and Treat Conrad Huey are expected to play the two singles games tomorrow. On Saturday, starting at 12 noon, it’s the doubles. Then, during the finale on Sunday, it’s the two reverse singles.

We’re lucky. One, it appears that the top two netters of Taiwan are not standing today in our island. Lu Yen-hsun and Yang Tsung-hua (unless they make a surprise landing) are in China for an ATP Challenger event.

Two, the battle is not in Taipei or in Manila—but here in our Visayan city.

Three, the “extras” that the organizers have prepared for the crowd are ready…  I was at the Plantation Bay Resort and Spa tennis court two afternoons ago to watch Jeson Patrombon, Ruben Gonzales and the rest of our PHL team practice. Nets (or, diffusers, as we call them) have been installed above the bleachers to help shade the spectators.

Also, to those having difficulty finding a ride to Marigondon, free shuttle buses can be availed of. From 6:30 to 8:30 A.M. tomorrow until Sunday, these buses will park at the South Surface Parking area of Ayala Center (near Oh! George)—ready to ferry the viewers.

See you at the Davis Cup! 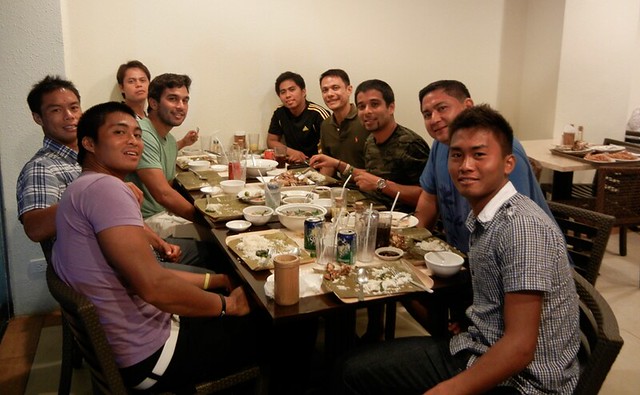 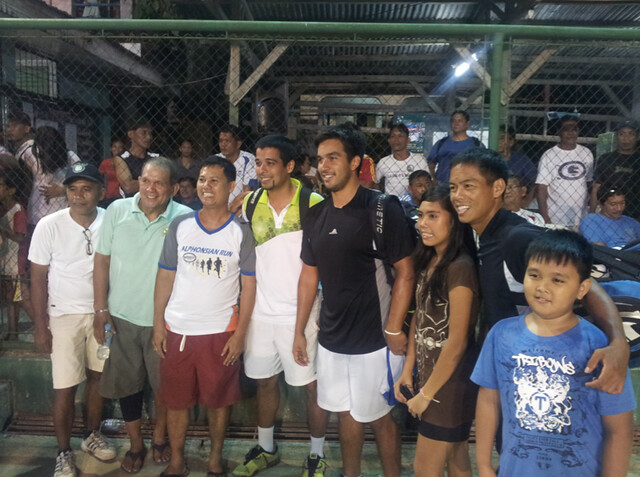 DJOKOVIC. If you think, because of the sweat that drips and the muscles that flex, that sport is all physical… think again. It’s mental. Sure, sport requires the physical. Boxers jab. Sprinters burst. Swimmers breathe. Volleyball spikers jump and slam. In sport, if your body is weak and wobbly, forget it. You might as well stick to painting or be Charice Pempengco.

But this I also know is true: Sport is mental. While your arms strike and your legs flutter, who controls these bodily parts? Your brain.

Novak Djokovic’s brain is unyielding. It’s the most forceful, robust and unbending brain in tennis today. At the other day’s US Open final, he beat the 10-slam champ, Rafa Nadal. Djokovic was injured after that third set. His back ached. His serve ached. But, in the end, it was Nadal who was in pain.

In pain from the most painful of losses. He lost the Open in New York. He lost in Wimbledon. He lost to the same Serbian strongman six times out of six times this 2011… all of them in finals.

Nobody does this to Rafa. Not even the Swiss. In the same way that when Roger Federer faces Rafa from across the net, a simmer of doubt weaves through his brain, it’s the same with Rafa vs. Novak.

Rafa knows. Novak knows. They both know who’s going to win. Mental. It’s all in the mind. But, for all the successes this year of Novak (John McEnroe calls it “one of the greatest ever”), his total earnings is ONLY $10.5 million. Only? Yes, only. Because while he won 64 of 66 matches this year, his earnings pale in comparison to one Pinoy who’ll pocket at least $20,000,000 in a short 36 minutes (maximum) this November 12.

ULTRAMAN. Congratulations to Joel Garganera. This man is unstoppable. His perseverance is inexhaustible. I recall, together with Atan and Jeson Guardo, us meeting at a coffee shop in Ayala a couple of years ago. I gave Joel a few tips on how to tackle the Hong Kong Marathon, their group’s first 42K run.

Last weekend at the Warrior 53K Ultramarathon, Mr. Garganera did not just finish—he was the 4th fastest runner! To top that, here’s an even more amazing fact: that was Joel’s 19th marathon/ultra-marathon—in a span of just 2 1/2 years.

FINALLY… Have you watched the 24/7 HBO special on Mayweather-Ortiz in YouTube? You should.