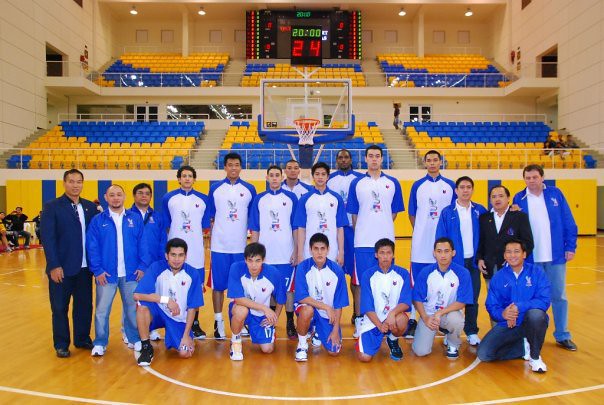 Marcus Douthit is 6’11”. Japeth Aguilar stands 6-foot-9. Together, side by side, standing on the parquet floor with their arms outstretched like wingspans of two Airbus A380s, they’re unstoppable.

We beat them. Hapit. Almost. With 3 minutes, 18 seconds left in the 4th quarter, our locals led the nationals, 64-61. This was after Mandaue’s latest recruit, Vic Manuel, did the unthinkable against the Gilas giants: In a fast-break, with two hands gripping the ball, Manuel vaulted up on air and slam-dunked. Yes! Mandaue slam-dunked Gilas.

I arrived at the gymnasium during the start of the 3rd quarter. Of the gym’s 5,000-seating capacity, the venue was 70 percent full.

We did not lead all the way. Earlier, Gilas led by as much as 16 points when the score was 37-21. They dominated. Like they did the night before in Cebu Coliseum, against the M. Lhuillier Kwarta Padala, when the Cebu Niños suffered a humbling 89-62 loss. That’s a 27-point margin.

Not in Mandaue City. I was seated between the two most influential VIPs in the coliseum that night: to my left sat Joe Soberano, the CEO of Cebu Landmasters, Inc. and the owner of the team; to my right was the Vice Mayor of Mandaue, Glenn Bercede. With them cheering from the front lines, Mandaue was invigorated. They played inspired basketball. 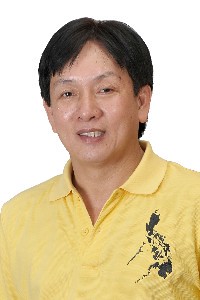 With 92 seconds left in the ballgame, the score was 68-66. Gilas led. Then, as the seconds inched forward, the score read 72-70. Only 22 seconds were left. Imagine, our Landmasters/RDAK lineup had a good chance to tie—or possibly defeat—the much-heralded PHL team?

UPSET! Can you picture the headline-grabbing news that this will generate, nationwide? ‘PINAS LOSES TO M’DAUE!

And though this wasn’t a tournament, still, a game is a game. Nobody wants to lose. Not even in an exhibition contest.

With 15 seconds left in the final quarter, the score was 73-72. We had a terrific chance. When Gilas made a two-pointer to make it 75-72, we owned ball possession. A three-point shot to make it 75-all would have ended the game. Exhibition matches don’t extend to Overtime.

Mandaue did a trick shot. One player (I could not recall who), who was to do the inbounds pass, could not find an open man so he did a crazy yet effective ploy: he bounced the ball off the opponent’s back, caught it, then the ball was in play. He then passed it to his teammate. Smart play against Smart!

But, in the end, the 75-75 “dream score” would not happen: the Landmasters turned-over the ball in their last possession and Gilas scored one last time.

Final score: 77-72. (Had two-time MVP Mark Magsumbol played, many from the crowd, including Caecent, believed we’d have won.)

Despite the loss, VM Glenn Bercede was all-smiles. Looking fit and lean (he plays basketball, up to this day, at least twice a week), the top sportsman/ official is not only a huge basketball follower, he helps Landmasters/RDAK in all ways that he can. Two other ecstatic fans were Atty. Lito Pascual, the sports chieftain of Mandaue, and Rere King, the owner of RDAK.

In the recent fourth leg, though, they lost to Misamis Oriental Meteors, the eventual champion. It all ends in the “Super Leg,” the Grand Championship, at the Xavier University Gym in Cagayan de Oro City starting this Tuesday, from July 12 to 17.

Too bad Cebu won’t be hosting the Super Leg. It would have given us home-court advantage. Still, with a 12-4 win-loss record in the past four weeks, and a performance last Thursday that had Gilas’ Chris Tiu in difficulty (he was blocked), let’s hope for a super win in the Super Leg.