DIPOLOG CITY—It’s called The National Games. In local lingo, Palarong Pambansa. Founded in 1948, it is a yearly sporting event, held each summer at a different city or province, that allows the country’s best elementary and high school students to compete. This 2011, the venue is … “Romeo Jalosjos City.” That’s Dapitan.

How is the Palaro, so far? Having arrived here last Friday afternoon — that’s six long days ago — my reply is both perplexing and unusual: I Don’t Know. Funny as it sounds, because my daughter Jana is competing in the elementary girls tennis category (their team won bronze two days ago and, thus far, she’s won all her three singles matches), we’ve been stuck in one rectangular-shaped venue: the tennis court. 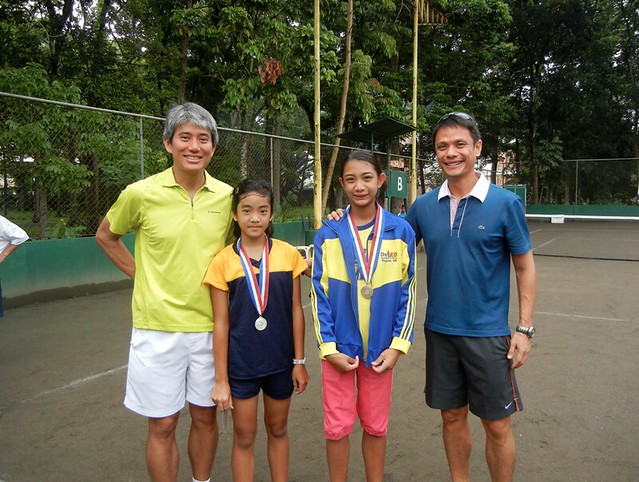 With my daughter Jana and Roland So and his daughter Camille

Jana is joining her first Palaro. We are lucky to be residing in the comfortable guest house of the Montaño family, my mom’s relatives — just a kilometer away from the venue that is the Mibang Tennis Center in Dipolog City. That’s good. 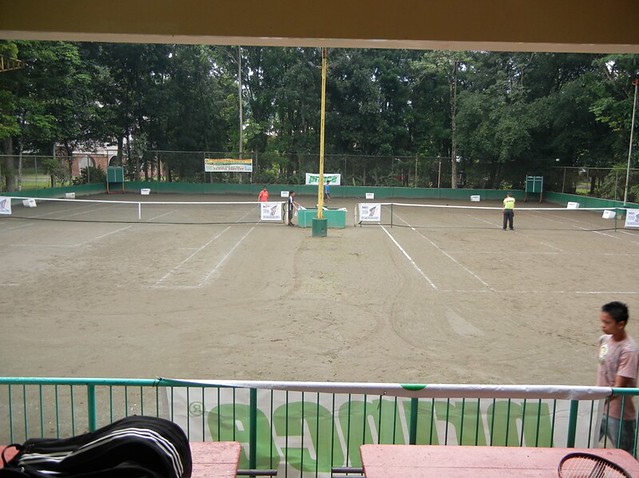 The bad? As I said, we’ve hardly watched the other games. That’s because most of the venues are spread out. The elementary boys football games are in far-flung Barcelona. If you think that’s in Spain, no, that’s way too far away — but it’s still quite a distance: about half an hour or so from Dipolog. Swimming? It’s at the newly-build Sports Complex. For tennis, there are four categories: boys/girls, elementary/high school. All divisions, would you believe, are scattered in four separate venues. This means we have yet to watch the Region VII teammates of Jana. Sad.

One night here three days ago, we found Mike and Betty Veloso in a seaside restaurant in Dapitan. They looked exhausted. Residing in Dipolog, each day they had to shuttle to Dapitan for the practice sessions of their son Sabin… then proceed to Barcelona for their 7 a.m. game.

But we’re not complaining. This is sports. This is the Palaro. This isn’t the Olympics. In fact, even in the most prestigious spectacle of this planet, the Olympic Games, the venues are scattered. (One exception might be next year in London; they’ve tried to contain the venues in nearby areas to ease the mobility for both athletes and spectators.)

Why is the Palaro in Dapitan and Dipolog this 2011? Why was it in San Jose, Tarlac last year? And in Tacloban, Leyte the year before? Why not in mega-cities like Davao or Bacolod or Manila? Valid question. Why was Cebu City’s last hosting in 1994? That was 17 summers ago. Vice Mayor Joy Augustus Young, who helped build the Cebu City Sports Center, provided me the answer months back: To give an opportunity for smaller cities/provinces to build new facilities.

Take Dapitan. Lobbied by Rep. Jalosjos — whom everybody here I interviewed adores and calls a “great leader” — the brand-new Dapitan sports stadium costs P250 million. We visited last Monday. The maroon-colored oval looks stunning. The high-rise bleachers, covered by a giant roof that opens like the wing of a bird, sits back-to-back: one side of the bleachers faces the track oval while the other side overlooks the Olympic-size swimming pool. Clever. 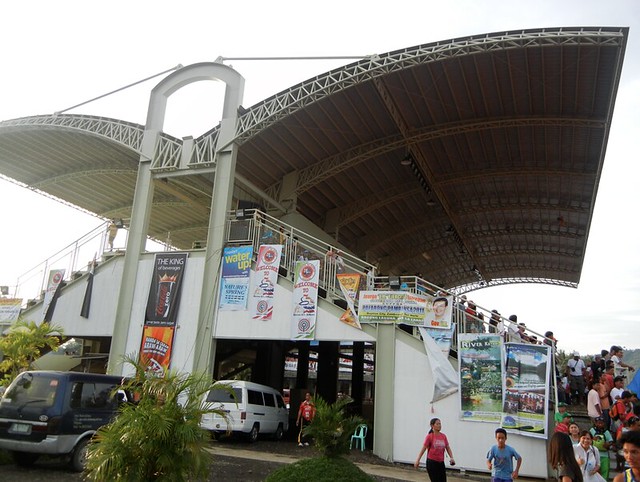 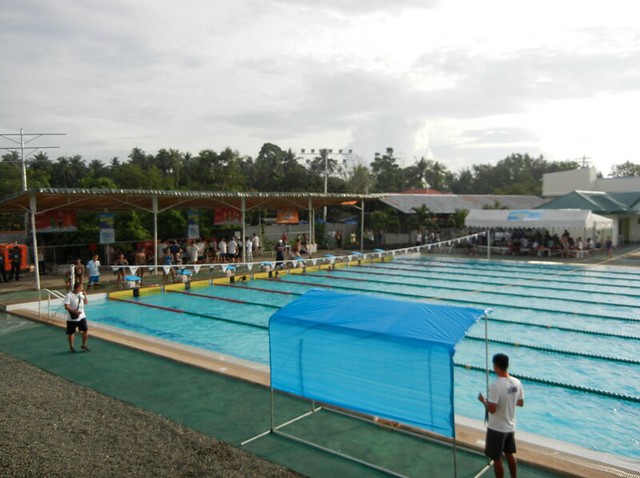 Nimrod Quiñones wrote an excellent piece in The Freeman yesterday on the possibility of a once-every-two years (biennial) Palarong Pambansa — instead of yearly. This makes sense. It’s less expensive. But, I’m sure, plenty will complain: the athletes. This will rob them of a giant tournament to anticipate each May.

My suggestion? To save on cost (remember: a new stadium, like Dapitan’s, cost P250,000,000), why not alternate the hosting between an industrialized city and a smaller one. Next year, I overheard, the Games might be in Albay. Why not Cebu City the year after? Then a smaller one (possibly Dumaguete) in 2014. Then another bigger site, say Cagayan de Oro, in 2015. This would lessen the infrastructure cost but continue the habit of the every-summer Palaro.